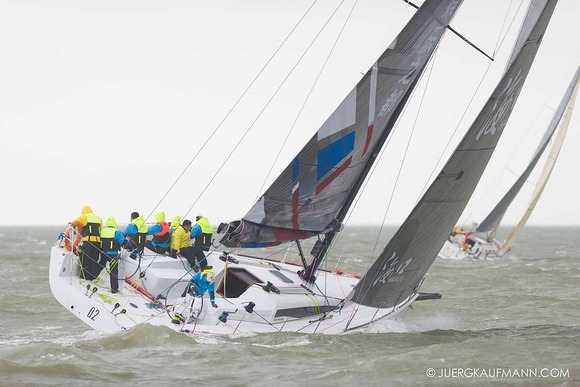 Shenzhen based Swan82 Ubox scored an impressive second line honours, establishing also the reference time for the 280nm Haikou to Sanya leg with 27 hours and 21 minutes. Second in real time on the line was Archambault 40 Seawolf, RHN Dubois50 Sanya closing in third. IRC 3/4/5 fleet left Wanning in the morning for their final offshore race. 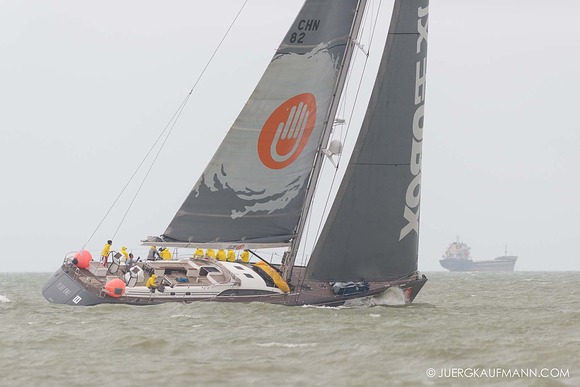 The grey-hulled Swan 82 UBox crossed the line in Sanya at 16:15 local time, taking second consecutive line honours in the 6th Aloha Round Hainan regatta. The biggest boat of the IRC !&2 fleet lead for the entire 280nm course from the island's capital Haikou to Sanya setting also a reference time of 27 hours and 21 minutes.

“It was another exciting leg. Everything went well, start to finish.” Said a smiling Wang Lei, skipper of the Swan 82's, just after docking in. “The key moment was at dawn today when the wind picked up to over 30 knots and we were flying downwind. We hit top speed of 21 knots, that's the boat's best performance ever.” Mr Lu Ji Hong owner of Ubox declared: “I'm very happy, I was on board only for the first leg, the boys did a great job on the second too. Double line honours and double record. I hope that more competitive team will come and discover this great event in the future.”

The IRC 1&2 left Haikou yesterday in a strong north-easterly that pushed the fleet reaching for the whole way on the eastern coast of Hainan to Sanya, enabling the 12 boats to keep high average speeds, despite the big swell typical of this part of the South China Sea.Second in real time was Archambault 40 Seawolf, that also scored an excellent performance in the first leg closing in third overall and winning in the IRC2 class. RHN Dubois50 Sanya, skippered by US Jim Johnstone crossed the line in third and small Sun Fast 3200 Old Boys Dream Team in fourth. The final results in corrected time will be available as soon as all the boats are in.

In the morning racing resumed in Wanning for the IRC 3/4/5 classes too. The 8 boats still competing after a tough first leg that forced many to abandon, left for their final offshore race, 120nm back to Sanya, in a good breeze of around 15 knots. According to the latest positions on the race tracker the Mills41 Ambush (IRC3) leads on Lianchuang (IRC4) and Hainan Luke (IRC4), and sailing fast towards Sanya where they are expected tomorrow.