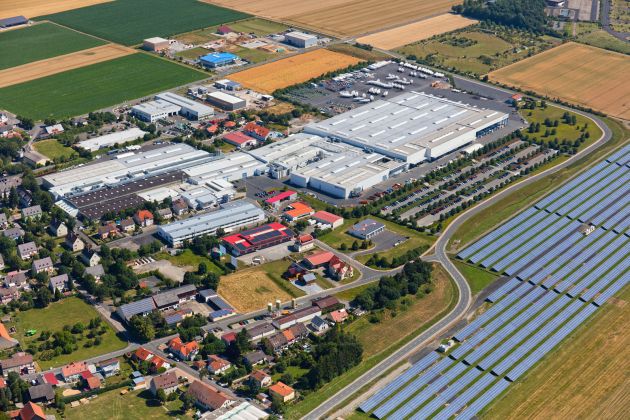 In 2002 it was $10,000 per foot to buy a yacht and boat owners would typically spend a similar amount on their house purchase. In 2017 the price per foot of boat is still at the 2002 level whereas the housing market has soared and Sydney’s median house is now $1.15 million versus $387,500 back then.

Although surprisingly given the rate of growth in the million dollars plus marketplace, there aren’t droves of prospective buyers who can justify spending $1 million or more on a boat. And there’s no need to given the affordability and choice in power and sailing boats now being sold in pre-GFC unit numbers by Bavaria Sail & Power’s Australian retailer Ensign.

Monohulls were the stable marketplace from the early 2000s up until the GFC when sales in yachts versus powerboats evened out. Yacht sales in Australia remain a little stagnant however the waterline length is increasing as technology such as GPS, furling sails and navigation makes bigger boats easier to handle.

The average size of the huge cruising fleet at this year’s Audi Hamilton Island Yacht Club is indicative of the move to larger multi-purpose cruising boats capable of racing in mixed performance handicapped fleets and offering owners a lifestyle and mobile holiday option.

Bavaria foresaw the rise in powerboat sales early and responded ahead of its competition with a strong $3 billion Euro investment in an automated production facility in Germany and purchase of the catamaran facility Nautitech in France. At the Giebelstadt facility, four production lines each 125m long and a carpenter’s workshop is at the forefront of boat building technology and where the yachts are constructed. Two additional halls measuring 200,000 square metres is the space for the hull and deck manufacture.

Ensign co-director Andy Howden says, “Back in the early 2000s one of our competitors could build 400 boats a year with 6000 contractors whereas at the same time Bavaria could build 4000 boats with 600 employees. That economy of scale and efficiency is why Australian boat builders aren’t building in that size bracket anymore.”

Minus crippling labour costs Bavaria can build a better boat for less, and instead spend on the variety and quality of materials. “It’s automated manufacture then hand assembled, so clients get the best of both worlds. With the diversity of models on offer Bavaria can’t build as many boats as they used to, but they can build them more economically,” Howden says.

Diversification makes the most of the company’s production investment by offering the variety while maintaining the cost-effectiveness, for example all the door frames are the same in the yacht and power models. “Bavaria is now at the stage they can double production by putting on a night shift, because the template and the processes are all there,” he added.

Then there’s the strong and proven model of the Australian distribution network through Ensign Broker’s six offices and 25 sales staff often dealing with big boat (80ft+) and commercial purchases overseas. The network is much stronger and integrated in-house compared to the usual model of small individual location-based brokers.

Looking to the next five years the boating industry faces questions regarding how much more the monohull market is going to soften, and where people’s tastes are moving.

Boating Industry Association national marketing manager Domenic Genua says, “For every 20 boats registered one is sailing versus 19 power boats; that’s the reality. We have ongoing sales of products but the volume of sailing isn’t increasing.  It’s a static marketplace, and where the people go is where the people go. My observations are that the market is changing slightly and we are now seeing boat share and boat clubs coming to the fore.”

Howden echoes Genua’s thoughts on syndicates. “Syndication of powerboats is going to grow. It’s a combination of the cost and headaches of maintenance and the basic nature of people – we want instant gratification but may feel obligated to use a half a million dollar boat all the time. I’m sure in time we’ll move into shared ownership and syndication.”

In his 15 yearsin business Howden knows well the pattern of people buying boats for a purpose, and then changing direction. “Every three to five years our statistics tell us people change their boats, and our model reflects that transient nature. Twenty years ago people bought what they wanted and kept it for a longer period of time whereas now we are seeing people in and out, sometimes in a year or two, and changing from a cruising boat to a passage maker to a race boat, or to a powerboat.”

He thinks this transiency is where Bavaria will most benefit. “When people change tack in their boating life it’s likely we’ve got something suitable, and that helps us retain brand loyal customers. From small to large commercial, pleasure or sailing, we cover all of the different avenues people love and move into.”

Despite the overall lower industry  forecast in the sail boat segment, Howden expects their market share to double in both power boats and yachts in 2018, citing the money that Bavaria has spent on R&D and the models being more relevant to Australian tastes for on water living and open space.

Bavaria is currently preparing to go hard into America with criteria similar to Australian boating tastes, and he expects this to translate to results in compatibility for the brand.

With their E-line, R-Line, S-line and luxury Virtess line so well received in Australia, and the C57 and 65 foot sailing plus the new 55ft powerboat and new big catamarans due out in 2018, Bavaria is keeping pace with changing tastes and budgets and Ensign is looking forward to busy times ahead.