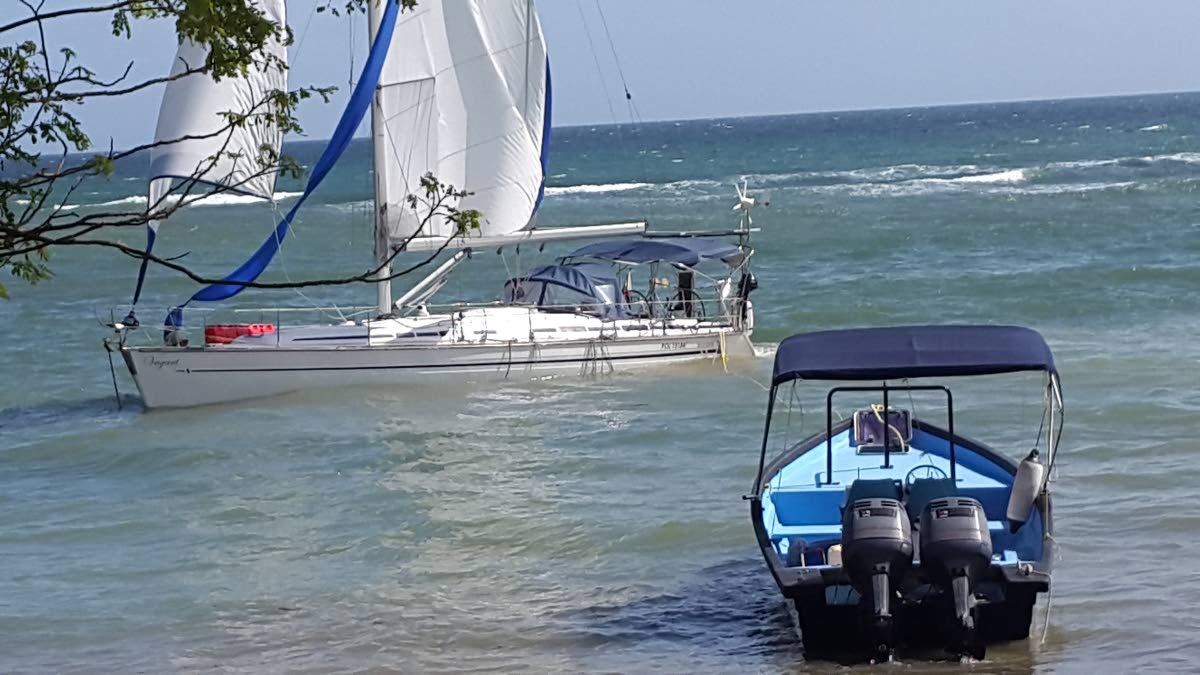 A Polish yacht whose skipper fell off, leaving only his untrained wife on board, was recovered in Lambeau last Friday where it had run aground on the reef.

A search was mounted for the yacht last week, with the Associated Press reporting last Tuesday, that the Poland’s Foreign Ministry was in touch with authorities in Barbados and Martinique after the 67-old-woman informed her daughters in Poland by satellite phone that her 74-year-old husband had fallen into the water and she didn’t know how to turn back the boat and fetch him.

She gave her approximate location. The ministry said last Sunday that British, French and Dutch vessels in the area were also searching for the yacht on which the Polish couple was planning to circle the globe.

The vessel, carrying the name Vagrant, was found at around 10.14 am last Friday in Lambeau.

Coast Guard’s public relations officer Lieutenant Sherron Manswell said that on November 24, the Coast Guard got a call from their Barbados counterparts asking them to be on the lookout for a vesicle that went adrift from Barbados with a male and a female on board.

“The male fell off board and the female was picked up approximately 165 miles south-east of Guayaguayare by a Brazilian cargo vessel,” said Manswell. He said the vessel then drifted on to Tobago.

The Barbadian Coast Guard is still searching for the missing sailor.