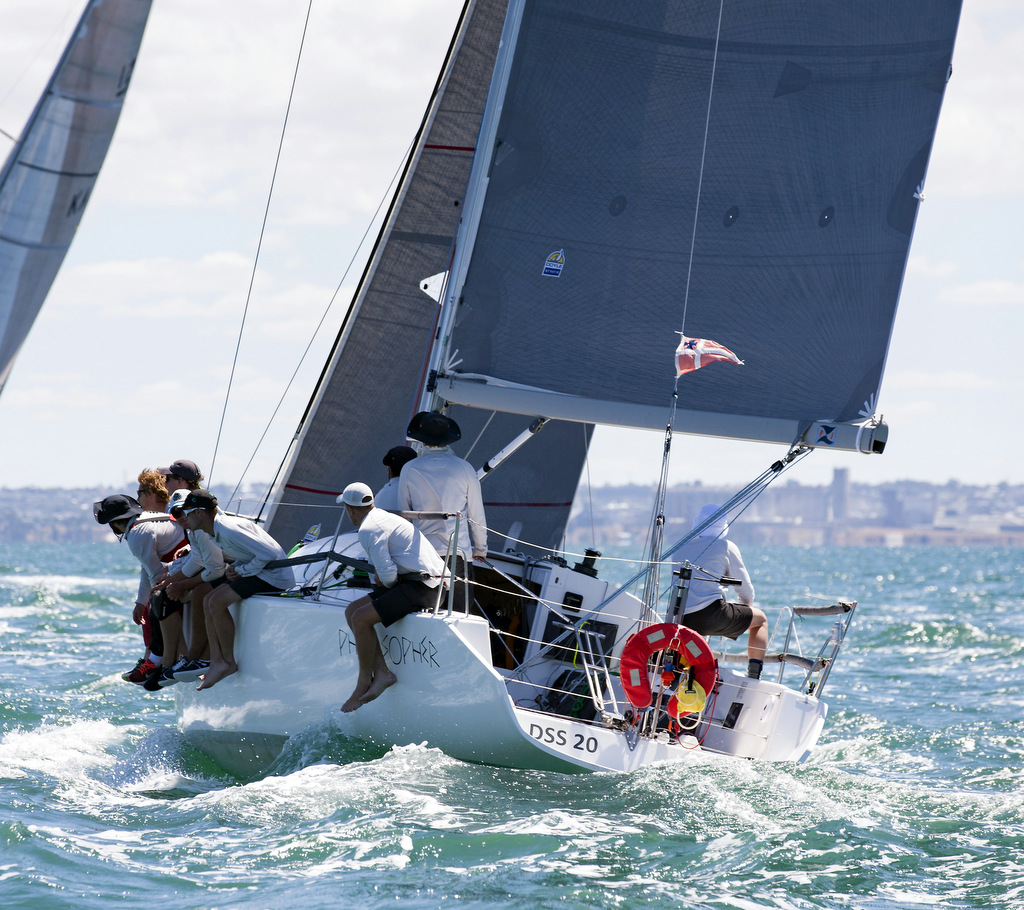 Paul and Michelle Boutchard today returned to yacht racing on the River Derwent on their J35, Mem, after a break of more than a year, and scored four Division 1 wins.

Today was the first day of the Combined Clubs new Inshore Series and two of their wins were under IRC, the scoring system now adopted by Combined Clubs as the major handicapping system for racing in southern Tasmania.

The husband and wife team’s two other wins were under PHS scoring. She is one of nearly 30 Hobart boats that have been measured for an IRC certificate for the first time this season.

Race officer, Biddy Badenach, ran two short races on the river for the two divisions, describing conditions as “typical of a westerly gradient on the River at this time of the year….challenging for both competitors and race officers,” in a breeze than ranged from 0 to gusts of up to 20 knots.

Nevertheless, Badenach and his team were able set courses that reflected the concept of IRC racing and while Mem dominated the IRC results, four other yachts won their handicap categories and divisions on the day.

Paul and Michelle Boutchard and their crew showed excellent tactics in sailing Mem, a former Sydney Hobart racer, picking up time on the bigger boats as the wind varied in direction and strength.

In race one, Mem won Division 1 IRC from Shaun Tiedemann’s Sydney 36cr Philosopher and David Aplin’s MBD35 Whistler, both entered for the Australian Yachting Championships in Melbourne next January.

Philosopher won the first race in the AMS category from Whistler which reversed the order in race two.

The two Young 88s, Saga (Chris Sheehan) and Young Lion (Steve Chau) duelled all the way in both races for Division 2.

In race one, Saga beat Young Lion on IRC corrected time by just 34 seconds, in the shortened race two they crossed the line 14 seconds apart with Young Lion winning on handicap.

They each had a win under AMS scoring while Wildfire (Team Wildfire) won both Division 2 races on PHS scoring.