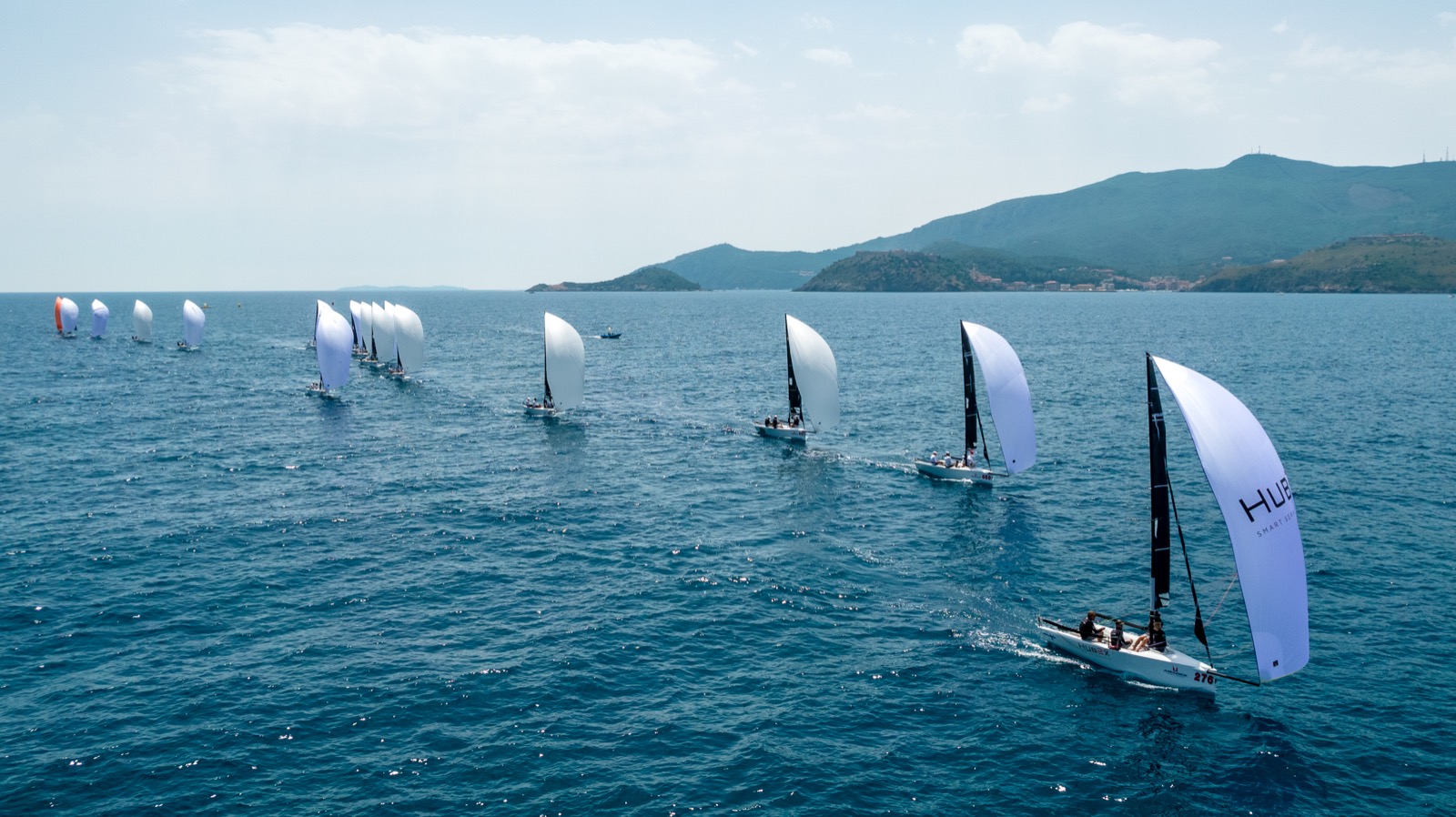 Cala Galera, Italy: Today was the second day of racing at the Melges Argentario Rally for the Melges 32 fleet with three more races completed, bringing the series total to six, and the Russian entry Tavatuy (Pavel Kuznetsov) continues to lead with 7 points.

Wilma (Fritz Homann) winner of the last race of the day, is in second place in front of Norwegian entry, Pippa.

This Melges 32 series, so far dominated by light winds, will end tomorrow, with a maximum of two races to complete. Racing will start at 12.00pm.

Today also doubled as the start of Melges 20 competition in the Cala Galera, which last year hosted the World Championship of this well-known one-design. Three races were held in a light breeze that increased slightly during the afternoon.

Leading after the end of the day is Hubex (Kiril Frolov), but she leads on countback to the reigning world champions aboard Filippo Pacinotti’s Brontolo. In third place is the winner of the inaugural event of the 2020 season in Scarlino, Dario Levi’s Fremito d’Arja.

“Beautiful day, the light wind did not prevent us from enjoying the wonderful colours of the Argentario. The crew worked well, but we are only on the first day and the series is still long. We have to keep our concentration,” Hubex’s owner, Kiril Frolov commented.

Racing in the Melges 20 resumes tomorrow starting from 12pm and concludes on Sunday.

Tomorrow also marks the final day for the Melges 32, when the Melges 14 also joins the competition. From the coast of Argentario Peninsula, it will be possible to observe the field of over 40 boats representing 11 nations.

The event is organised by Melges Europe, the Argentario Nautical and Sailing Club and the Marina of Cala Galera.