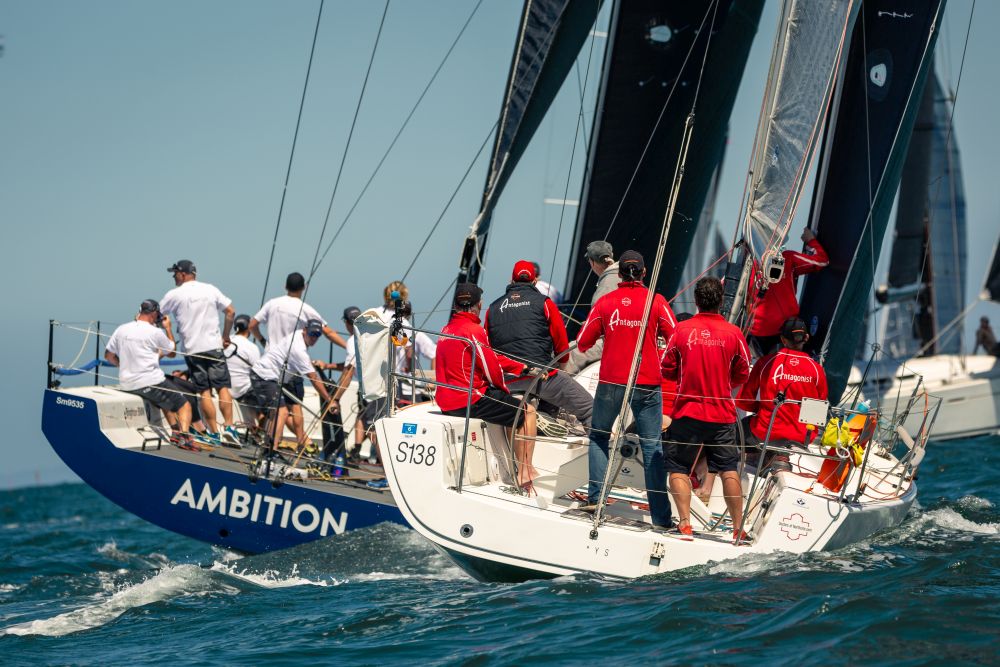 Victoria’s yacht racing community will be out in force between Christmas and New Year as sailors shake off the cobwebs after a long winter in lockdown.

More than 120 entries have been received for the Ocean Racing Club of Victoria’s two Christmas events, the Cock of the Bay and the Rudder Cup.

Cock of the Bay

A record fleet of 106 yachts will face the Cock of the Bay starter at Port Melbourne on Boxing Day before racing 22nm to Mornington. The course takes them along the north-eastern shoreline of Port Phillip to Sandringham, providing a spectacle for cyclists, walkers and beach-goers, before heading across the Bay to the finish line.

In pre-COVID times, crews would mingle at the Squadron after finishing, usually staying the night on their boats.

However, ongoing bans on large gatherings mean that a big barbecue is not possible, causing the ORCV to shorten the course so that crews have time to sail back to their own clubs in Melbourne for onboard twilight celebrations. Some will choose to sail on to other holiday destinations, while 22 boats have chosen to enter the Rudder Cup race from Portsea to Devonport on Tasmania’s north coast.

ORCV Commodore Grant Dunoon said that the record fleet for the Cock of the Bay was no surprise to race organisers. “After a pretty dire winter, with no sailing for so many months, we’re seeing boats on the entry list that haven’t raced in a long time. I think the shortened course also helped attract a big fleet, but for the most part it’s just the chance to get out on the Bay and enjoy some sailing that has appealed to so many.”

The ORCV has been pro-active in recent years, encouraging double-handed racing and a new division which allows for four crew and the use of autohelm. Yachts will be competing in four broad divisions, with a range of handicap options in each division.

On Sunday December 27, 22 yachts will set sail from Portsea on the 195nm dash across Bass Strait to Devonport. Following cancellation of the CYCA’s Sydney Hobart Yacht Race and ORCV’s Melbourne to Hobart, this will be the only interstate yacht race in Australia over the Christmas period.

Commodore Dunoon said that the club made an early decision not to run the Melbourne to Hobart this year. “After a hard lockdown, the Victorian crews are just looking to get back to sailing. They haven’t had the time to train hard, to be safe and comfortable with the longer ocean races such as the M2H. At 195nm, the Melbourne to Devonport is a short race to get us all comfortable with offshore racing again.”

Yachts will compete in four different divisions and the winner of the biggest division will take home the Rudder Cup, a magnificent trophy first presented in 1907. This makes it Australia's oldest ocean race and the fifth oldest organised ocean yacht race in the world, predating the Fastnet by nearly 20 years and the Sydney to Hobart race by nearly four decades.

The trophy itself cost 60 Guineas, a huge sum of money at the time and equating to around $180,000 in current currency.

Among the crews taking part will be Barney Walker and Jade Cole, racing their newly-purchased Jeanneau Sun Fast 3300. The Victorian pair will race with their coach Richard Grimes, a veteran of 30 Sydney Hobarts, and will use the race as preparation for their bid to gain Australian selection for the Paris Olympics in the new Double-Handed Mixed Keelboat class.