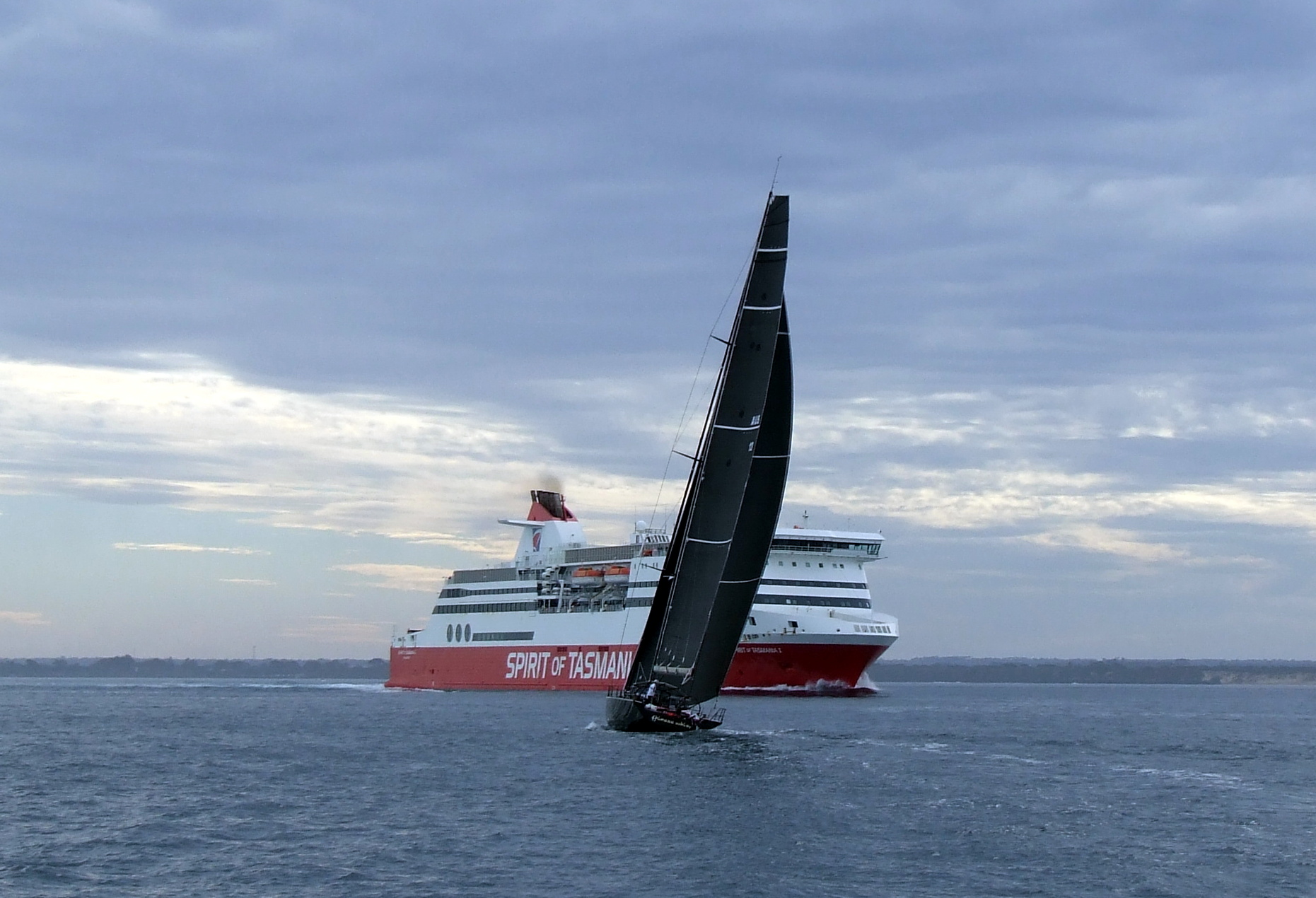 Yachts competing in the Sundance Marine Melbourne Osaka Cup ocean race that were forced to shelter in Queensland ports from Cyclone Iris early this week re-started their 5,500 nautical mile voyage to Japan today.

They headed out to sea from Southport, Brisbane, Bundaberg and Gladstone for a designated re-start from their suspended racing latitude, irrespective of longitude.

The Ocean Racing Club of Victoria’s race director, Simon Dryden, announced the re-start plans “after careful review of the weather situation, and the conditions relating to safe exit from refuges.”

Early this week the club issued a safety warning and exclusion zone to the fleet as the re-formed Cyclone Iris bore down the Queensland coast.

All but six boats in the 19 boat fleet dashed for shelter, the leading three in the staggered start (Morning Star, The Edge and the Japanese entry Bartolome) being north of the ‘critical zone’.

Allegro was well east of the cyclonic area, Blue Water Tracks in Sydney for repairs and Chinese Whisper only just having set sail from Port Phillip last Sunday, 1 April.

As the short-term ‘retirees’ in the fleet began racing this afternoon the little Tasmanian yacht Morning Star continued to extend her commanding lead over the 19 boat fleet northwards in the Pacific Ocean.

Sailed by Jo Breen and Peter Brooks from Launceston’s Tamar Yacht Club, the 34-foot Morning Star was one of three yachts cleared by the ORCV as outside the cyclone’s ‘critical area’ and able to continue racing.

Morning Star, the oldest and smallest boat in the fleet, was first away from Melbourne’s Port Phillip on March 15 and is now north of Bougainville, almost 2400 nautical mile from the finish of the 5,500 mile race.

The Japanese entry Bartolome (Kei Morimura and Masa Omote) was off Bougainville, another 100 nautical miles astern, with the 67-footer Allegro, sailed by Victorians Adrian Lewis and Glenn Scheen) in fourth place.

Allegro’s crew elected not to seek shelter as they were east of the cyclonic area and headed further east in the Pacific.

Powering northwards and taking advantage of fresh to strong winds on the edge of Iris, now a tropical storm, Chinese Whisper, the biggest and fast yacht in the fleet has now sailed past the rest of the fleet to be in fifth place.

In hot pursuit of the 34-foot Morning Star, but Chinese Whisper is almost twice as big at 62-feet and the latest concept in ocean racing design.

Her crew of Sydney yachtsmen Rupert Henry and Greg O’Shea reported hitting 17 knots yesterday morning as she sailed to fifth place in fleet after being last to start, last Sunday, April 1.

The second Tasmanian yacht in the race, Force Eleven, sailed by Tristan Gourlay and Jamie Cooper, also from the Tamar Yacht Club, sought shelter in Southport on the eve of the start of Commonwealth Games on the Gold Coast.

Relaxing after a rough and wet ‘’four hundred miles on the nose’’ sail up the New South Wales Coast, the two Tasmanians agreed that the ORCV had made the right decision in advising yachts to head for port as Cyclone Ibis powered down the Queensland coast.

The crew of the Victorian boat Lord Jiminy, Paul Roberts and Chris Barlow, also in Southport, agreed. “It was the safest and most strategic option to take,” said Barlow.

Roberts added: “I believe the majority of crews agree that it was the right decision by the race committee…and the re-starting procedure is the fairest for the whole fleet.”