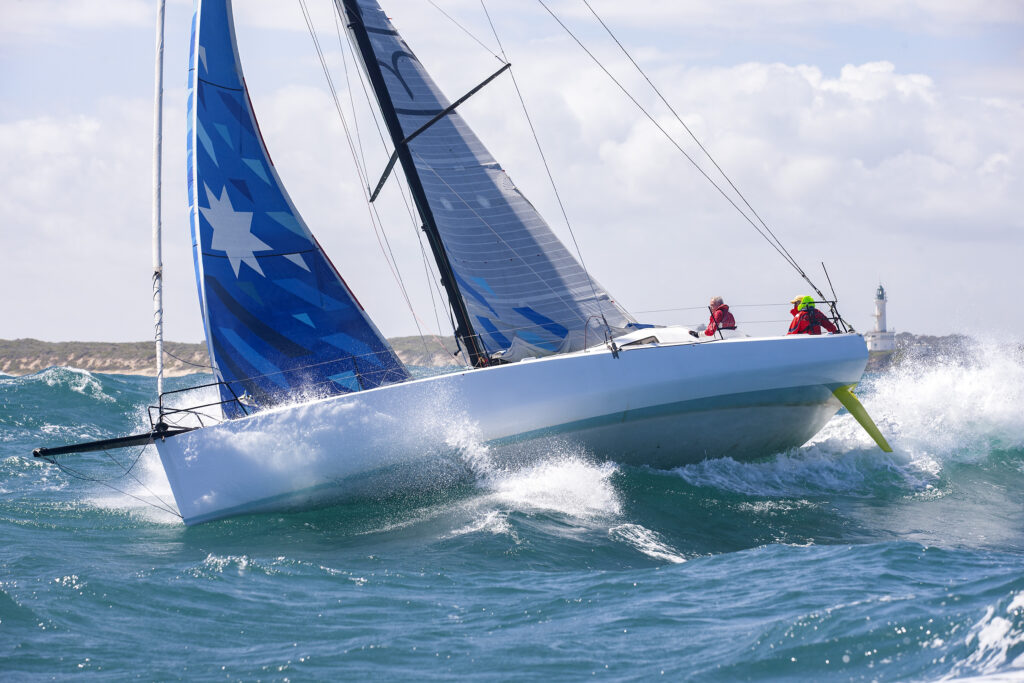 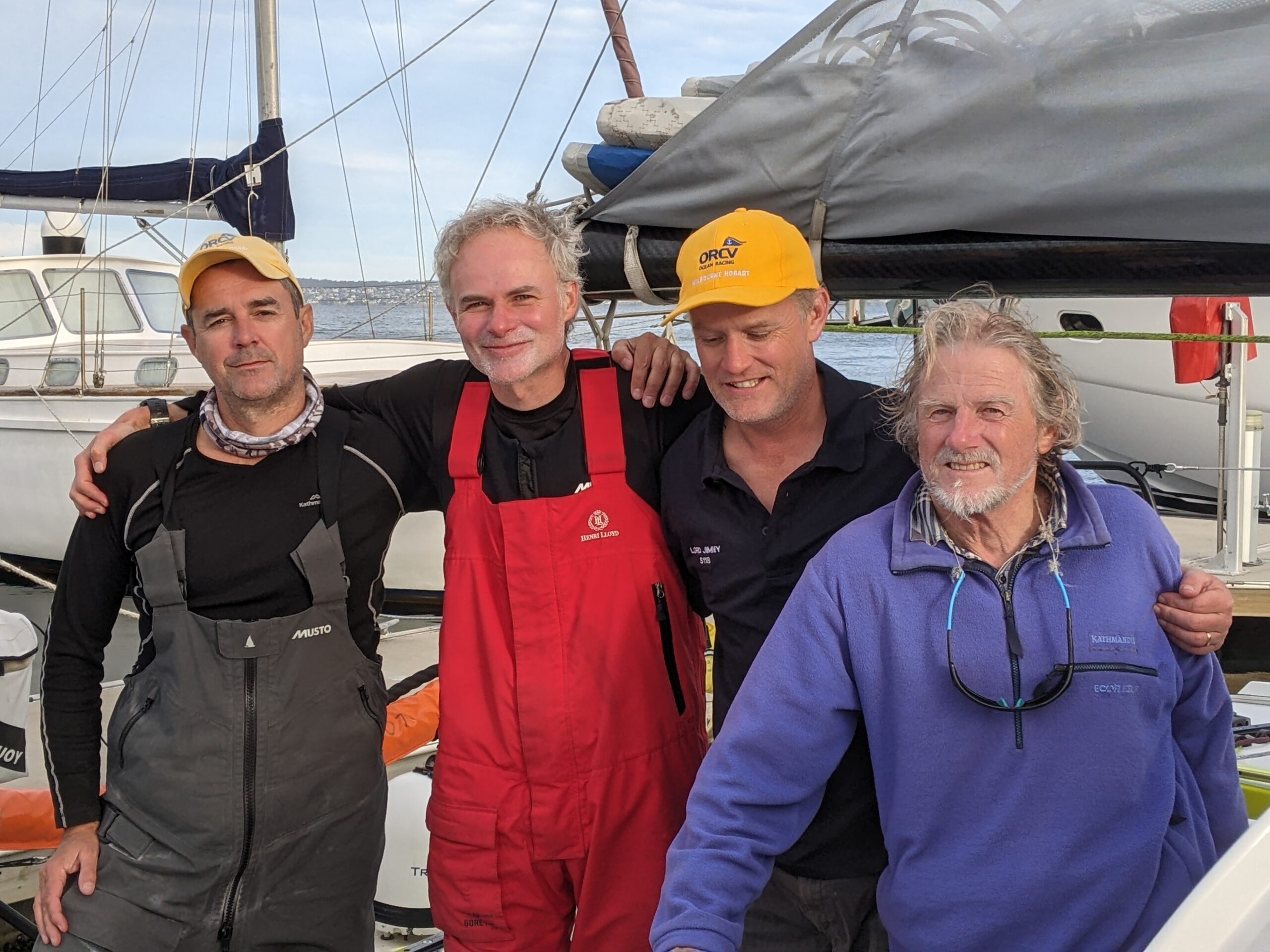 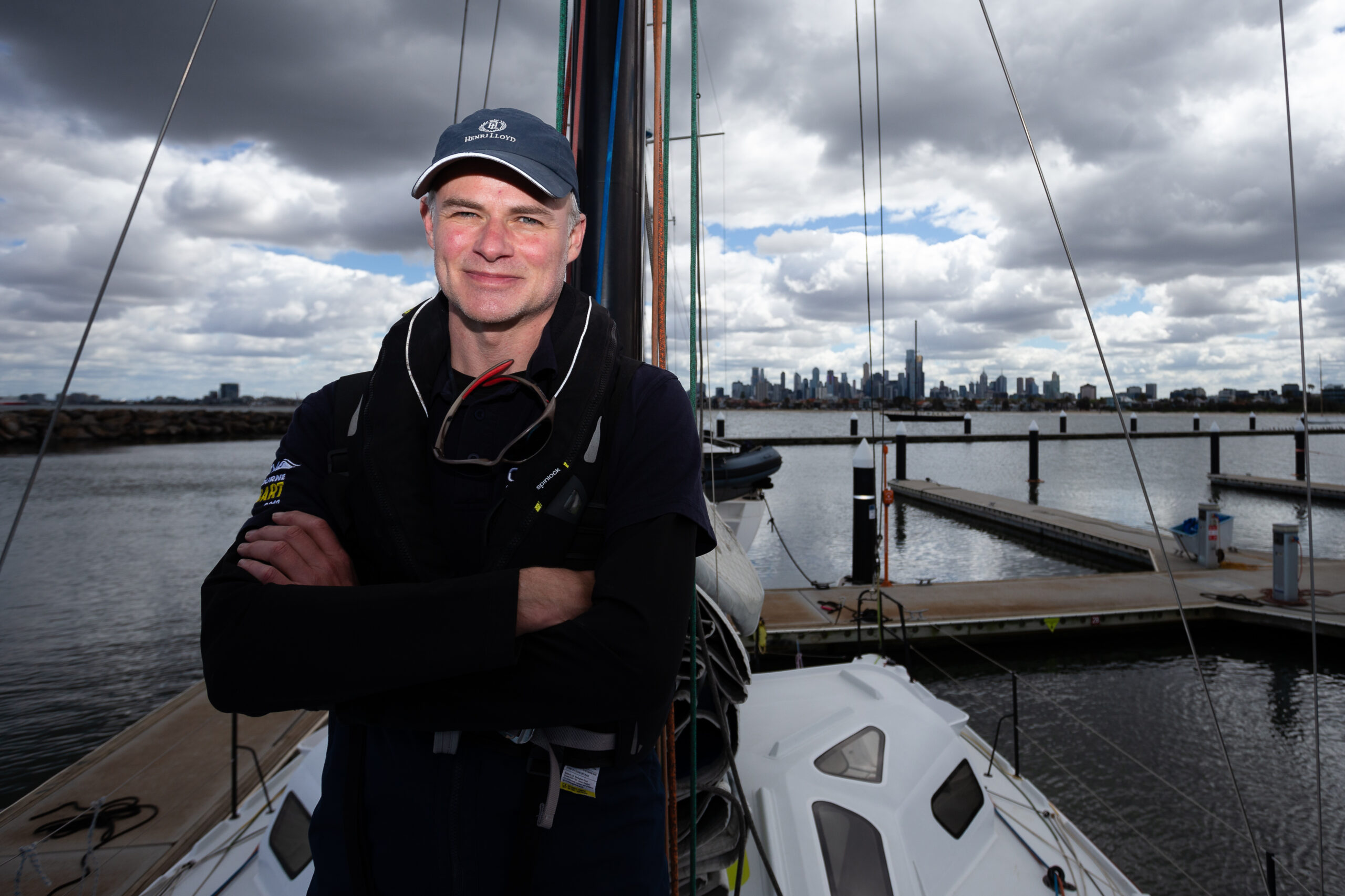 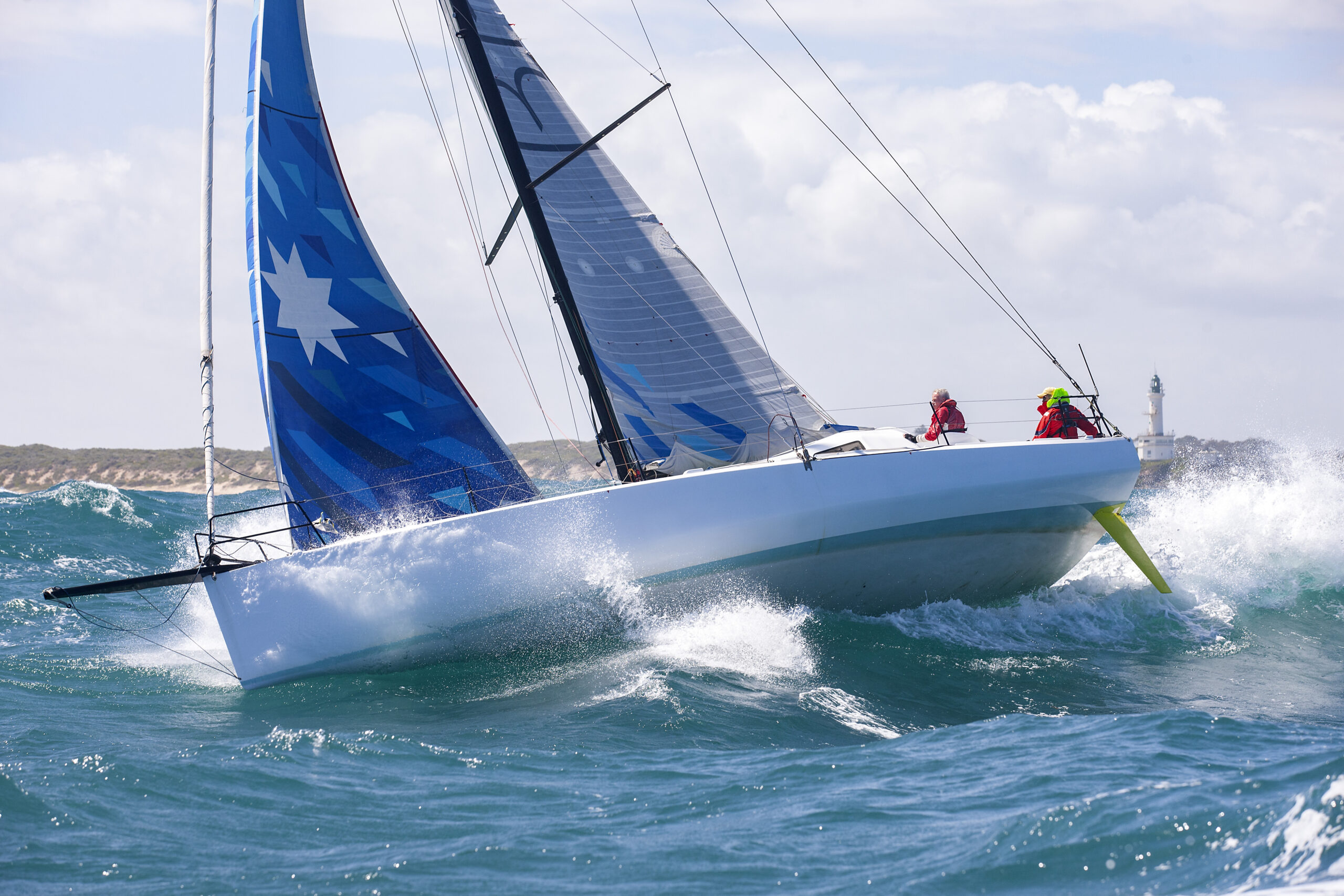 Guillaume Leroux’s Class 40 Lord Jiminy has claimed line honours in a challenging Melbourne to Hobart yacht race that was beset by range of strong and light winds, before ending with a perfect afternoon sea breeze in Hobart’s Derwent River.

Lord Jiminy is Class 40 design and 13m in length and held a comfortable lead throughout the later stages of the race. Lord Jiminy has claimed back to back line honours wins.

Having completed his 15th Melbourne to Hobart race as crew on Lord Jiminy, Ian Lyall said “This race is like the K2 of races, technically harder and then sailing in the Southern Ocean we had today is what all sailors find exhilarating.”

What a truly magnificent effort to get through the tactical challenges of Bass Strait and then get through the calms to the finishing line,” Jeremy Walton ORCV Race Director said.

“An absolutely fabulous effort, and wonderful reward to Lord Jiminy’s crew who prepared the boat and trained so hard to take the Line Honours prize”

This year’s 435 nautical mile race has been one of the slower races in the 49-year history, and long way behind Shortwave 2008 race record of 1d 17h 28m 59s and will go down as one of the more difficult, with unprecedented periods of calms and strong winds. Ocean racers expect to be challenged by the Melbourne to Hobart conditions and all entrants are considering doing it again next year making next year’s race the 50th Anniversary a very special race.