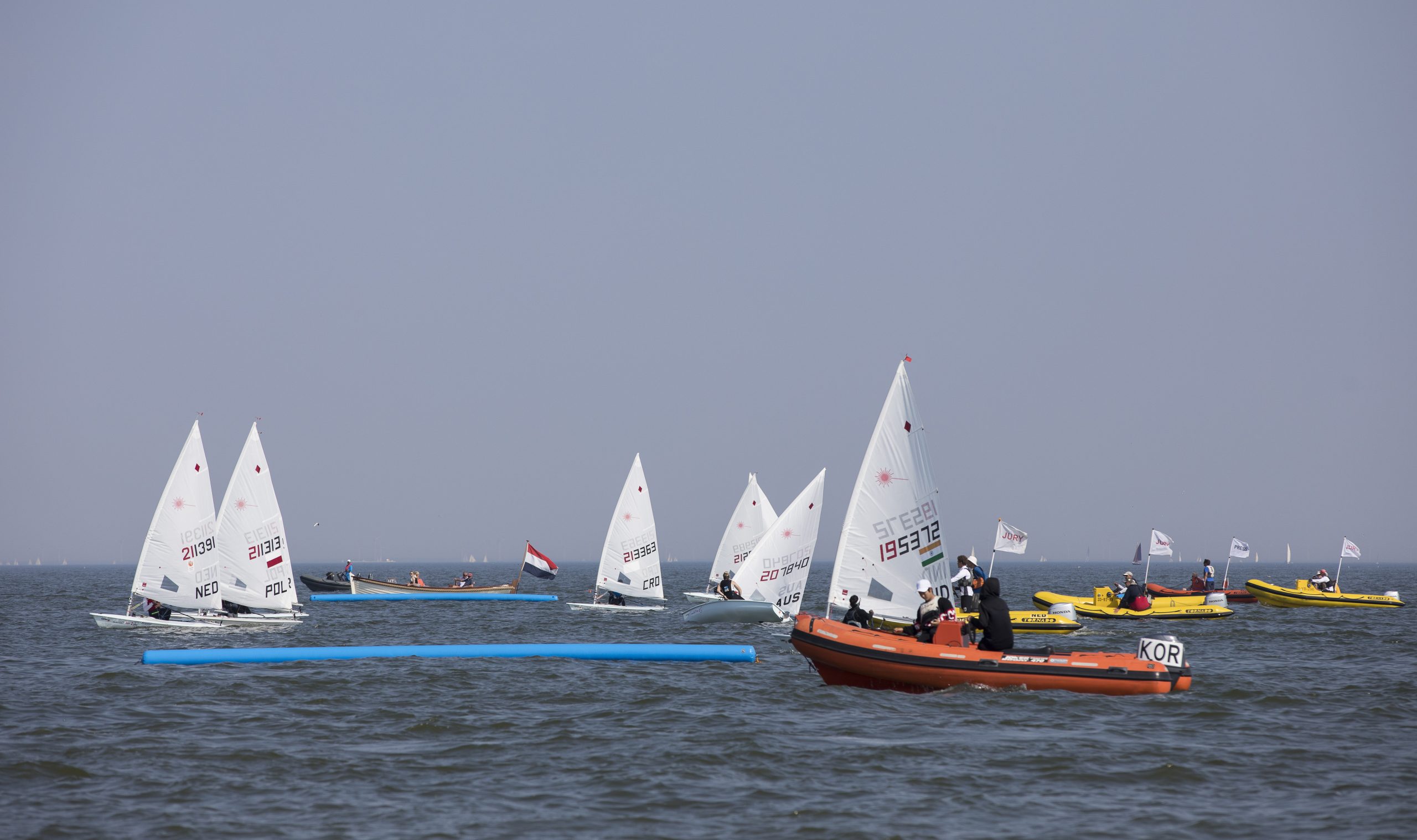 Medal Race decider in the Laser

inners of the 34th Medemblik Regatta were decided in the Medal Races of the regatta sailed from 22 to 26 May 2018 after a week of difficult conditions, but the sun made up for it on the final day.

Joost Brouwer, spokesman of the Medemblik Regatta said, “There’s one thing you can’t plan, that’s the weather. We’ve had some difficult wind conditions this week, but the race committees managed to get all races sailed.

“We’re really happy with the week we’ve had and I think the sunny conditions may have made up for the shifty winds.”

“It’s been a fantastic race and the theatre style racing was good. It was the first time we raced like this with the Nacra 17,” Erasun said. Second place went to Gemma Jones/Jason Saunders (NZL) and third place to John Gimson/Anna Burnet.

First open 49er win for Rual and Amoros
In the 49er the top four where battling for a medal, France’s Lucas Rual/Amile Amoros started the Medal Race leading and ensured of a podium spot.

With their second in the Medal Race, Gold was theirs. “We’ve had an awesome regatta – improved a lot on our technic and speed, so it has been a good regatta for us. And it’s been our first win in the senior fleet,” Rual said.

Dobson and Tidy come from behind to claim 49erFX Gold
It’s was very close between the top three in the 49erFX, Dutch Annemiek Bekkering/Annette Duetz started the Medal Race leading the pointscore, but British competitors Charlotte Dobson/Saskia Tidey came from behind to take the Gold after the Dutch pair finished third in the Medal Race.

“We’ve had some really tricky conditions this week and we are happy to have raced such a good Medal Race. This regatta was a great opportunity to race against the Dutch girls and other strong international competitors,” Dobson said.

Fabien Pianazza unbeatable in RS:X U19
In the RS:X U19 first and second places were already claimed by the French Fabien Pianazza and Tom Garandeau. Pianazza has a solid week winning almost every race, so no surprise to see him win the Medal Race to secure Gold. Garandeau took the silver medal, with Dutch sailor Jim van Someren taking Bronze.

“We’ve had hard conditions this week,” Klepacka said. “Normally, Medemblik is a windy place, it’s the first time in many years I’ve seen light winds here. It was a hard competition, so I’m happy to have won.”

Dutch woman Lilian de Geus had to win the Medal Race to secure a podium place – she did and ended up with the silver medal, while Russian Stefania Elfutina took Bronze.

RS:X Men Gold goes to Yoav Cohen
Maciej Kluszczynski was on course for Gold most part of the week. In the Medal Race he couldn’t perform the way he had all week, and finished the Medal Race eighth to hand Gold to Yoav Cohen (ISR), who sailed a really strong Medal Race.

“I’ve given everything,” an enthusiastic Cohen shouted when he saw his coach after finishing the Medal Race second behind Kiran Badloe.

“The top girls were missing, but Maxime Jonker is always a tough competitor for me and am happy to claim this victory,” van der Vaart said. Her teammate Maxime Jonker claimed the silver medal and Croatian Elena Vorobeva took Bronze.