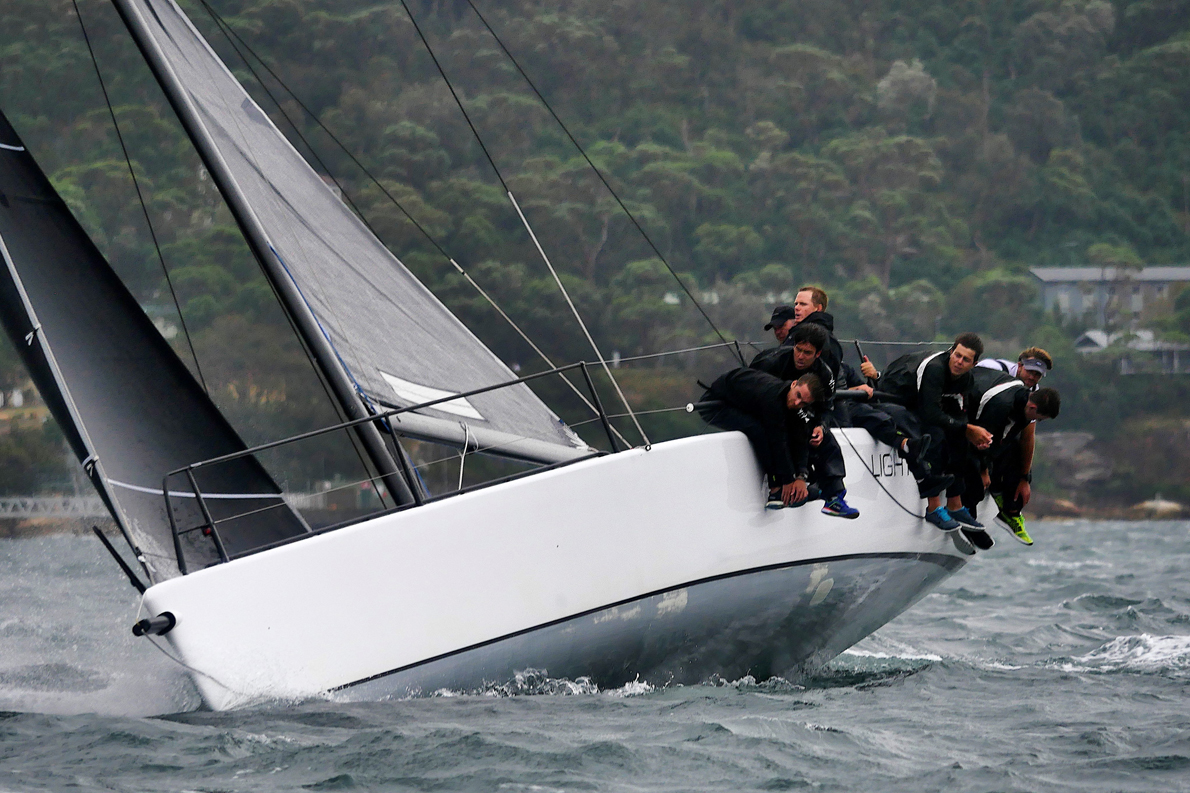 The Australian MC38 class will commence its national regatta with weigh ins taking place on Thursday 14th March, to compete across the following three days.

Hosted at the Royal Prince Alfred Yacht Club, the weekend will see the fleet in Pittwater on Friday, with weekend locations such as Careel Bay and Broken Bay weather pending.

Steve Barlow’s Lightspeed is the current national champion, however the 2018 Season Champion and recent Act 1 regatta winner, Neville Crichton’s Maserati, looks to be a challenging contender. “We finished runner-up in 2018; it would be nice to get a championship win for Neville who has been in the class for a number of years now,” said Joe, Maserati’s tactician, at the end of the Act 1 regatta.

Tom Quick (king of Sydney 38s) is filling in for Neville this weekend, Tom is keen to see what all the fuss is about.

Powerhouse combination of Tom Slingsby and Paul 'Flipper' Westlake return to Hooligan for the nationals with Marcus Blackmore and could be the team to beat.

Newcomers to the class, Swish with Steve Proud at the helm, is also a boat to watch. Billy Sykes, the team leader, is keen to show that doing tactics isn’t that hard on Pittwater.

Racing over three days, March 15 to 17, the first scheduled Warning Signal of the day is at 1100 and will see up to four races taking place. With the Lasers also having their national regatta from the Saturday, Pittwater's eastern race course areas: Careel Bay or Broken Bay, will be favourable.

In previous act’s Pittwater has produced its usual unpredictable wind forecasts, resulting in shifting courses and varying tactical decisions. Due to this, it will be a task for teams to stay consistent: a trait which saw Lightspeed claim their 2018 championship title. Over nine races last year Lightspeed secured seconds and thirds, while the individual race winner’s varied.

The outcome of these stable results paid off for Barlow and proved to the class that consistency really is the key. Tactician Seve Jarvin doesn’t mind rolling the dice when the chips are down. “We pulled some consistent scores and got some lucky shifts in the last race. They are such an exciting boat; they accelerate from 8 to 18 knots in 50 metres!” said Barlow at the end of last year’s national championships.

Chris Way, owner of Easy Tiger VI, has also recently won the Super 12’s on countback early this month, during the Sydney Harbour Regatta, proving to be a contender to keep an eye on. “It was very close racing and a good tune up for the MC38 Nationals in two weeks on Pittwater. We’ve been on a steep sail development program and we will have to keep it up for the Nationals, but the new combination seems to be working” Way said at the MHYC article during the event.

Forecast for Saturday, 16 March, has predicted easterly winds between 10 to 15 knots, tending southeasterly during the morning and partly cloudy weather conditions with a 70% chance of showers. The chance of a thunderstorm in the morning is also predicted.

Sunday’s weather has not yet been determined. In saying that, the crews are expecting the usual famous 'north-south-easter-westers' of Pittwater.