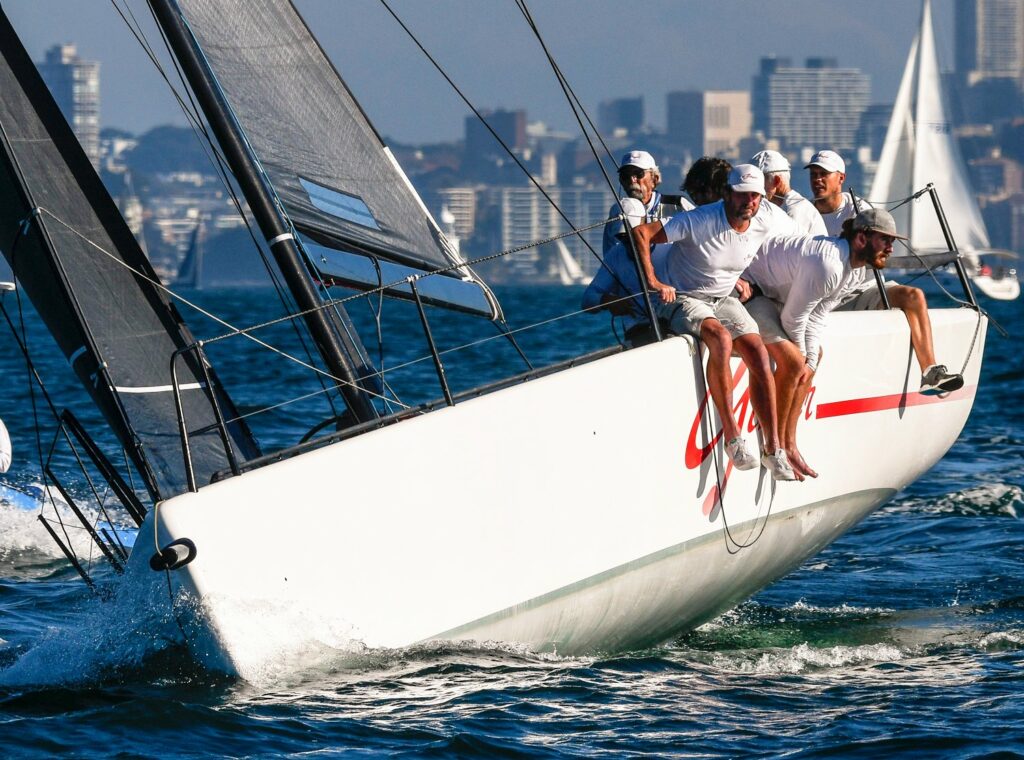 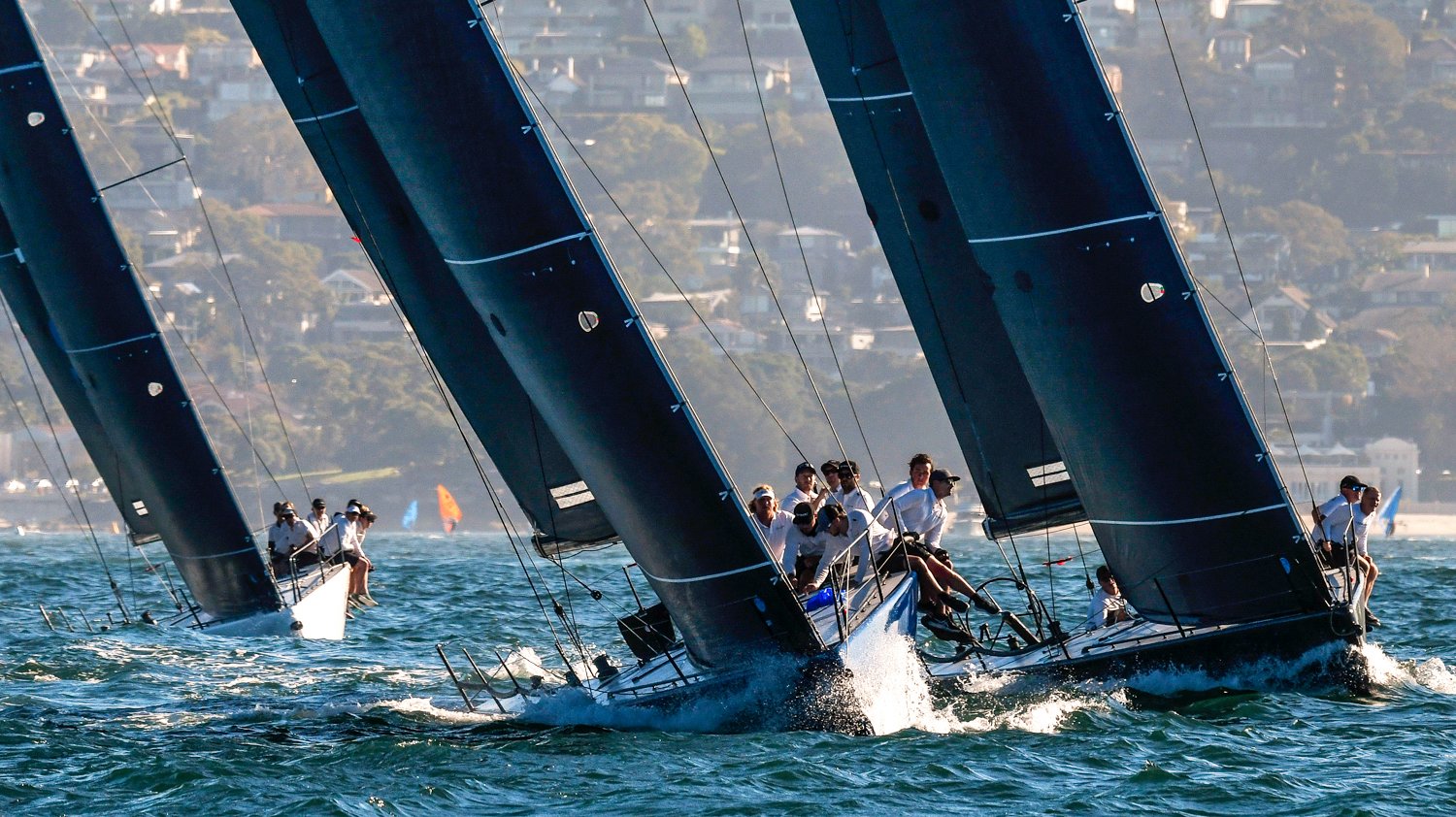 Winds reached up to 12 knots on the Saturday. Pic - Marg's Yacht Photos

After building nicely this season and knocking on the door of a series win, Leslie Green’s MC38 team on Ginger wrapped up a shortened Act 3 with plenty to spare.

A 5-12 knot autumn nor’easter meant Middle Harbour Yacht Club’s race officer Steve Tucker and his team could execute a full program of four races on day one, Saturday May 14.

Day two was back to overcast skies over Sydney and barely a whisper of breeze thanks to a high-pressure system in the Tasman Sea extending a week ridge over the harbour city.

Crews headed to The Sound where they drifted around in hope for hours but at 1pm the call was finally made by the nine owners to wind up the series, cementing Ginger’s triumph over Lazy Dog (Shaun Lane and Quentin Stewart) and InfoTrack (Indy Beck) by seven points. Second and third overall finished on equal points (13) and were separated by a countback.

Ginger’s tactician Tom Burton, a Laser gold medallist at Rio 2016, said: “It’s nice to win a regatta with Leslie and this team. I’ve been sailing with them for a while, and we are gelling better and better the more sailing we do. We’ve managed to get good race results before, but we weren’t consistent. This weekend we were the consistent ones, and the others gave away a couple of bad races.”

Green and James Mayo, best-known from the Etchells class, shared the helming on Saturday, each scoring a first and second on scratch.

“I loved the racing yesterday; we did everything right,” said a beaming Green from the host club. “We have a marvellous crew, especially our tactician Tom, who tacked us at all the right times.”

Multiple Farr 40 Australian and world champion Guido Belgiorno-Nettis made a guest appearance helming the MC38 Leap Dev. “We pulled together a crew and went out for fun – and that’s what we had! It was great to be mixing it up with the other guys again and remembering our well-rehearsed start and mark rounding maneuvers from the Farr 40s,” the skipper said.

Pandemic travel restrictions deprived Belgiorno-Nettis and his team’s chance of defending their historic 2019 New York Yacht Club Invitational Cup win in 2021 in the IC37 class, however they’ve accepted an invite to the 2023 Cup so need to stay regatta sharp.

“The MC38 is the most similar class to the IC37 in Australia so we’ll definitely do a few more MC38 regattas before we head to New York in September 2023,” Belgiorno-Nettis added.

The exciting one design class is at the halfway point of its season point score. The Royal Prince Alfred Yacht Club will host Act 4 over the weekend of June 18-19 on Pittwater.

For the full results, see: https://app.sailsys.com.au/club/121/results/series/1566/pointscore?view=individual&handicap=s