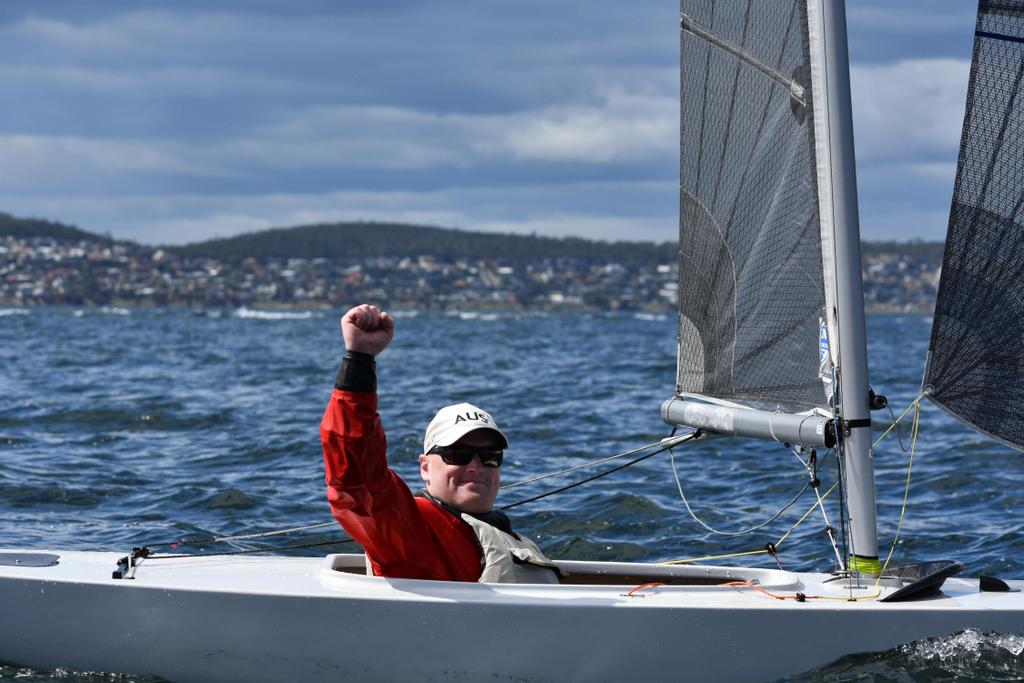 World ranked Tasmanian sailor Matt Bugg has shown over the weekend he has lost none of his seamanship and tactical skills in the International 2.4mR yacht, the class in which he won a silver medal at the Rio Paralympics.

The 2017 Tasmanian Sailor of the Year Bugg today clinched a record eighth consecutive victory in the Australian open 2.4mR championships, without having to sail the final race on Hobart’s River Derwent.

After a spell from racing this summer, Bugg won three four of the seven races in which he sailed, with a win and a second yesterday giving him overall first place.

Second place was well deserved by MCullum, better known as an ocean racing yachtsman with 23 Sydney Hobarts in his log book.

He has been the driving force in encouraging an expanding local fleet of 2.4s, small keelboats likened to small scale models of America’s Cup twelve metre class yachts.

Third overall with 19 points in this 21st annual championship for the 2.4mR class went to Canberra sailor Peter Thompson who represented Australia at the Sydney 2000 Paralympics.

Fourth overall was the only woman in the fleet, Lisa Blackwood, returning to on-the-water sailing after skipper her radio-controlled yachts in the recent Australian championships in which she gained a second and a sixth in different classes.