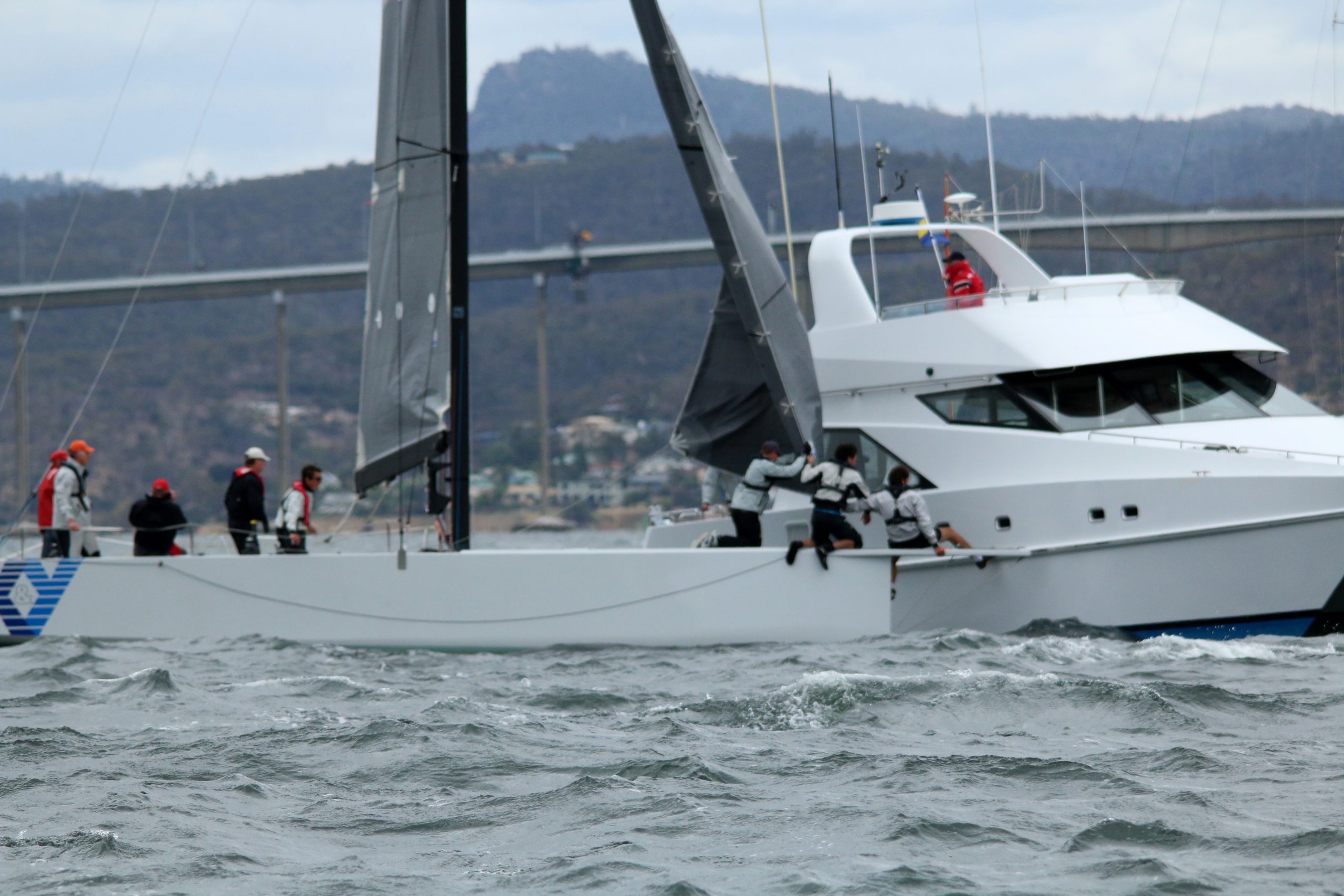 Martela became King of the Derwent by winning the IRC division of the harbour race, contested by yachts that finished in Hobart in ocean races from Sydney, Melbourne and Launceston and local harbour racing yachts.

Williams elected to contest the more time-favourable 2015 Launceston to Hobart Race instead of the Sydney Hobart,  finishing second in the IRC division. That placing, plus yesterday’s victory in the King of the Derwent,  gave the Three Race Trophy to Martela.

Tony Richardson’s radical harbour racer, X&Y, started the day by colliding with the Committee before the start off Sullivans Cove  and followed this later with a crunching port and starboard encounter with John Mills and Ian Douglas’ Nexedge.

Despite some damage,  Nexedge, a Lyons 40 and former winner of the Sydney Hobart Race,  sailed on and placed second to Martela in the IRC division for the King of the Derwent. Wayne Banks-Smith’s Farr 40, War Cries, took third place in the IRC division.

Tilt’s win revenged her defeat in the Launceston to Hobart Race by Gary Smith’s The Fork in the Road a week ago.

In the end last night, the protests were resolved and faults admitted, with both the AMS and PHS divisions going to Paul Einodor’s Beneteau Oceanis 34 Off-Piste,  which was overall winner of the Launceston to Hobart.