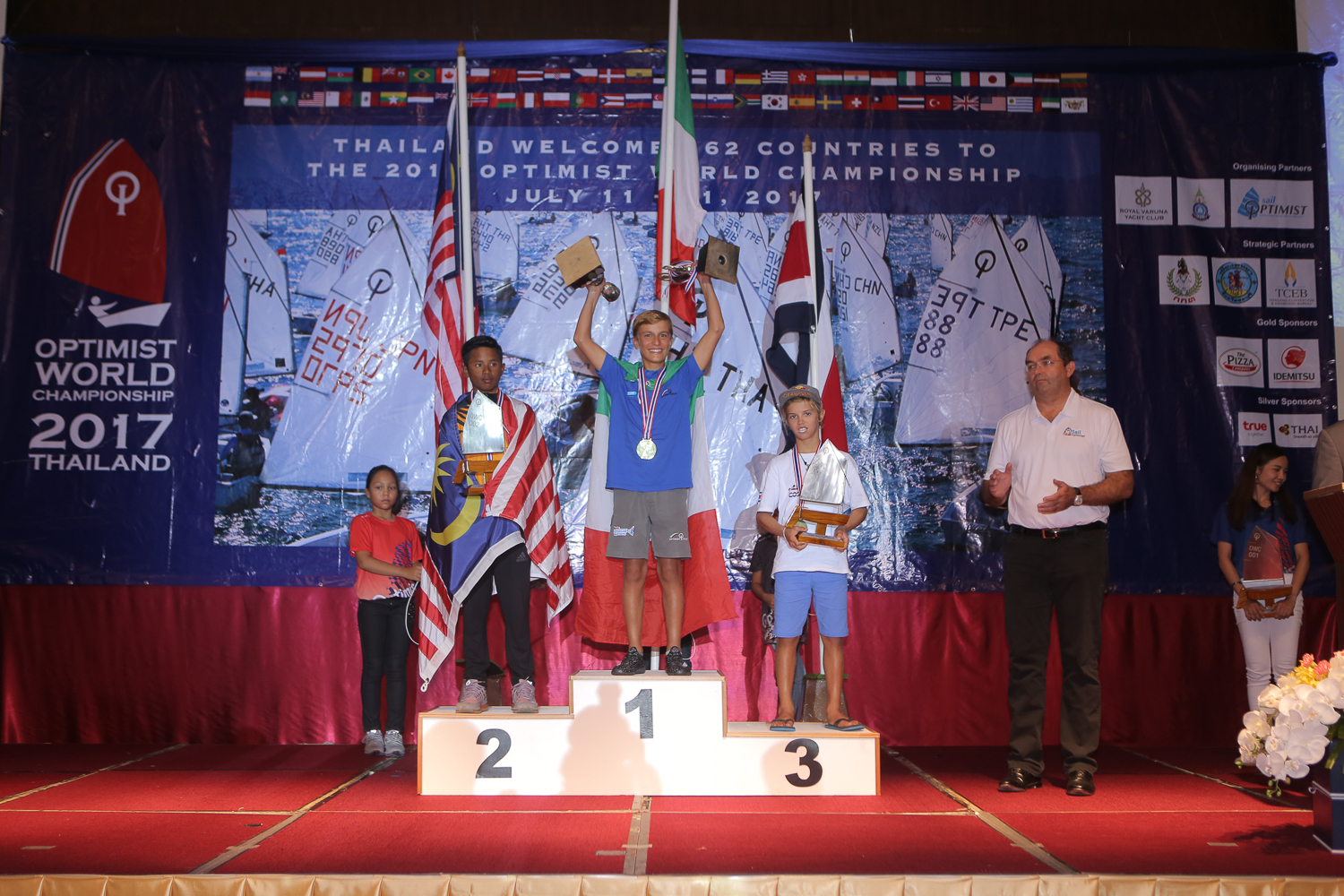 On the morning of the final day’s racing, sailors prepared to launch in listless conditions, hopeful of getting three more races written up on the scoreboard. For the select few at the top of the fleet leaderboards, there was a sense of anticipation, a determination to hold on to (or improve) their result, and hope that the last day of racing would be a great one. The wind failed to show up though, and the final day’s racing was cut short at 2pm, thereby closing out all races and confirming the current leaders as winners.

Organized by the Royal Varuna Yacht Club (RVYC), the Yacht Racing Association of Thailand (YRAT) in conjunction with the International Optimist Dinghy Association (IODA) with strong support from the Sports Authority of Thailand (SAT), the Optimist World Championship 2017 is held from 11-21 July, 2017 at the Royal Varuna Yacht Club (RVYC) in Pattaya. The event serves as an inspiration for young Thais to take up sailing, and stimulates the development of Optimist sailing in Thailand to international standards.

The Optimist dinghy has proven to be the ideal boat for introducing young children to the sport of sailing, the object of the class being to provide an affordable racing boat for young people. Optimist dinghy sailing typically starts at the age of 7 or 8 and continues to 15 years of age. More than 85% of all sailors who participated in the Rio Olympics sailed in Optimist dinghies when they were young.