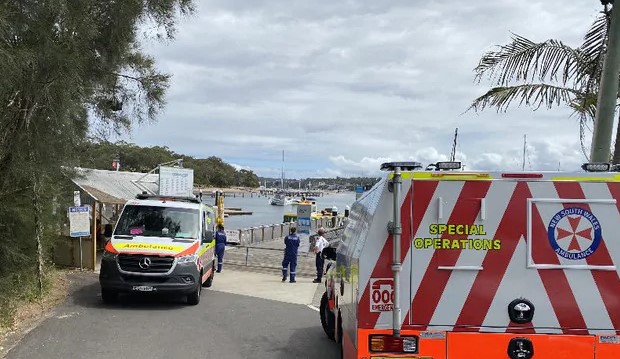 A man was transported to hospital in a stable condition after two yachts collided near Cronulla. Source: Supplied

A man has suffered a suspected spinal injury after two yachts collided near Cronulla, in Sydney’s south. It is understood the yachts collided roughly a kilometre off a wharf.

Three ambulance crews responded just after 2pm on Saturday. A man was treated for a suspected spinal injury on arrival and was taken to St George Hospital in a stable condition.

“It was a great team effort from all emergency services on scene,” Inspector Bibby said. “We want everyone to have fun over the holiday period but we need the public to stay vigilant and alert on the water.”