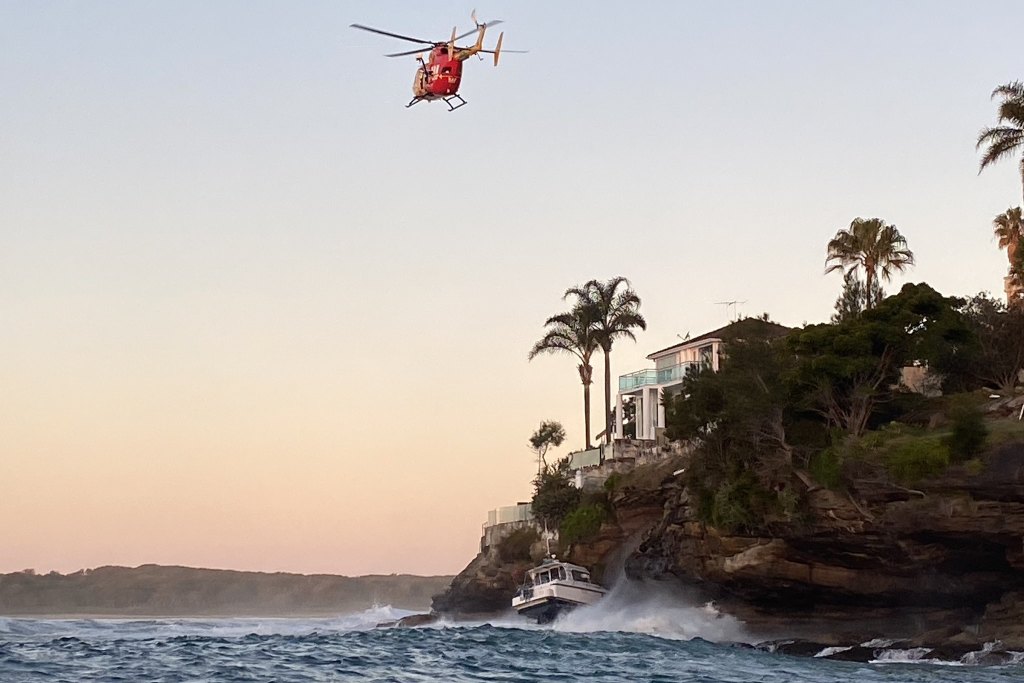 A boat washed up on rocks at Bundeena, NSW on Monday afternoon.CREDIT:MARINE RESCUE NSW

A man has died after his boat ran aground amid powerful swells at Port Hacking, south of Sydney.

Emergency services responded at 3.45pm on Monday to reports a vessel had run onto the rocks at Bundeena.

A man, aged in his 90s, was found unresponsive following a search of the vessel, a NSW Police spokesman said.

“He was winched to an oval where he was treated by NSW Ambulance paramedics,” he said.

“However, he was declared deceased. Initial inquiries suggest the death is not suspicious. A report will be prepared for the information of the coroner.”