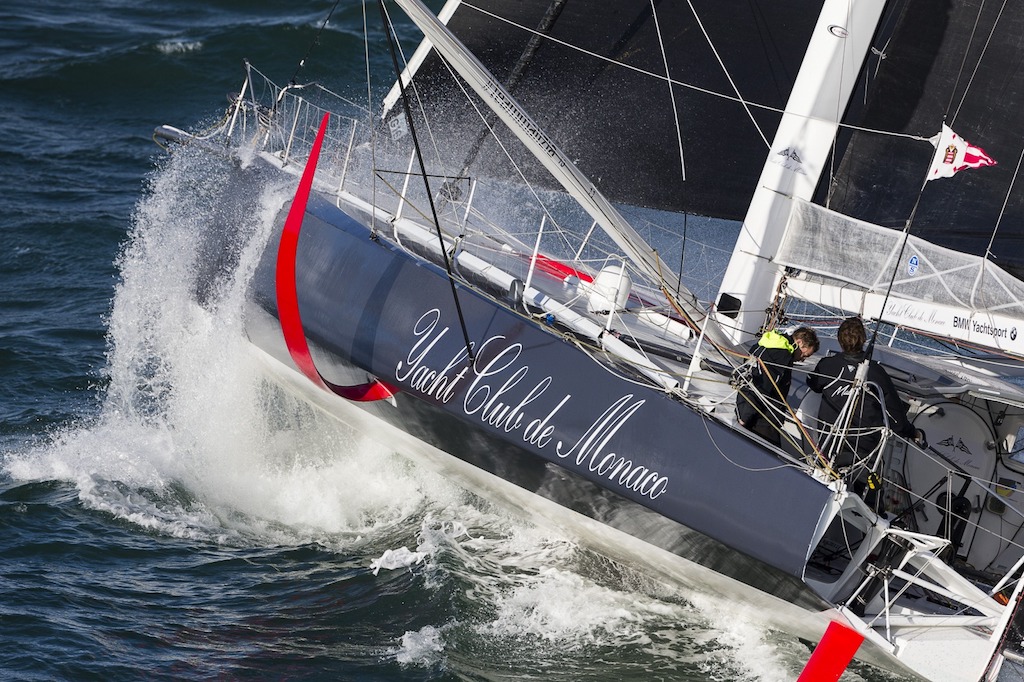 It was the last chapter of an epic 3,500nm transatlantic rivalry between Jens Kellinghusen's Varuna VI, and Boris Herrmann's Malizia – Yacht Club Monaco. In the end, Malizia was the fastest boat on the water and first after elapsed time, but Varuna succeeded over Malizia in IRC Zero after corrected time. In the early morning hours of July 18, Malizia reached the German finish line at around 03:54am UTC, followed by Varuna at about 04:48am UTC – less than an hour behind their main competitor, after thousands of nautical miles. With the end of this tight maritime battle started another one: NMYD 54 Teasing Machine and TP52 Rockall have already approached the English Channel and could still snatch the IRC Zero podium finish from Malizia by taking second and third place after corrected time.

For almost 10 days, it was match-racing as its finest, when the two Line Honours favourites Varuna VI and Malizia – Yacht Club Monaco sailed almost bow-to-bow from Bermuda to Germany in the Atlantic Anniversary Regatta. In the late hours July 17, just about 200nm away from the ultimate destination, Malizia was finally able to gain distance from Varuna, establish her lead and cross the finish line in Cuxhaven first on July 18. But Varuna triumphed after corrected time in their mutual category and is currently holding the top spot in IRC Zero. The breathtaking finale was mesmerizing until the last moment, with several tight changes in leadership positions. “We were side to side with Varuna since Land's End. Fighting with all we have…”, commented Herrmann live from aboard. His uber-modern IMOCA 60 sometimes even semi-foiled and reached top speeds of 28 knots.

It was a high-end battle of two state-of-the-art racing yachts and two German skippers from the Norddeutscher Regatta Verein (NRV): Jens Kellinghusen's sleek, all-black Canting Keel Ker 56 Varuna VI versus Boris Herrmann's futuristic, semi-foiling IMOCA 60 Malizia – Yacht Club Monaco. Kellinghusen's crew included America's Cup and Volvo Ocean Race sailors, such as Tim Daase or Guillermo Altadill, whereas Herrmann sailed with just four additional sailors, all of them Corinthian or semi-pros. Both crews were highly motivated and competitive, because the AAR has been more than just a usual offshore regatta for them. For the skippers and most of the crew, the race meant a rare on-water homecoming to Germany and a question of honouring their membership at Norddeutscher Regatta Verein (NRV) and the yacht club's 150th anniversary.

Furthermore, it might have been the last regatta for Varuna, at least with the existing crew and Jens Kellinghusen on the helm, who will also be celebrating his own birthday this month. “The event attracted a couple of high-potential race teams and it is always good to have strong competition.” said Vasco Ollero from the Varuna crew. “If this should be the final journey, it would be fantastic to sail to Hamburg alongside the Elbe River. The boat was mostly sailing outside of Germany in the last few years, many of our friends and family have never seen her in action, so this will also be an opportunity to showcase her, and moor her in front of the Elbphilharmonie in Hamburg.”

For Malizia, every offshore race serves as a preparation for the successful completion of the 2020-2021 Vendeé Globe and potentially a future Volvo Ocean Race campaign, which will be raced on the same IMOCA 60 type. Being one of the top offshore racers in the world, Herrmann took the chance to deliver his yacht solo from Europe to Bermuda for the race start, and thereby qualified for the Route du Rhum. Herrmann is also looking forward to being in Hamburg: “We are sailing to our hometown in Germany, which is an exclusive regatta destination for this ship, as I am usually somewhere abroad. I am therefore delighted to spend the next three weeks around Hamburg and be able to show Malizia to local friends and family.”

Two different yacht, two different crews, two different objectives. Their common denominator was their individual motivation to go the extra (nautical) mile to win the AAR. Both have succeeded in their own right.

The first days of the Atlantic Anniversary Regatta's final leg were truly breathtaking: After Line Honours favourite Rambler 88 had to retire from the race due to a rudder issue, Varuna and Malizia – Yacht Club Monaco rose up to the challenge of taking Line Honours and IRC Zero, with Teasing Machine currently third in line for elapsed time and second in IRC Zero. In IRC One, ISKAREEN is currently paving the way after corrected time, while in IRC Two, Dantes started outside of competition.

Meanwhile, the Class 40 division was having its own shake-up: RED suffered a rudder damage as well, redirected to the Azores and was later hit by a whale, forcing it to retire from the race. However, there was no stopping Class 40 Eärendil right from the start, when female skipper Catherine Pourre dominated her category significantly.

In ORC, Rockall V skippered by Christopher Opielok, is once more showing an immaculate performance, and leading in front of ISKAREEN and Haspa Hamburg, both on the water and after corrected time.

In comparison with the other German youth crews, Haspa Hamburg has gained an impressive lead on Broader View Hamburg and Bank von Bremen, both on the water and in ORC.

While on their way to the AAR Race Village on the other side of the big pond, the entire fleet's forecast skills were challenged by Hurricane 'Chris', who temporarily increased his speed to about 30 knots. All crews persevered and have been reported safe, the hurricane has since diminished.

Following the excitement on the water, spectators and organizers on shore are now in great anticipation of the fleet's arrival. After crossing the finish line in Cuxhaven, all yachts will continue their voyage and make their way down the Elbe River to urban city metropolis Hamburg. Once in the HafenCity, they will moor in the AAR Race Village in the Sandtorhafen, next to Hamburg's iconic Elbphilharmonie. AAR yachts will be on display for a marina viewing from the shore of the AAR Race Village from July 19 until 29 (Mondays to Fridays from 12:00pm – 08:00pm, Saturdays & Sundays from 11:00am – 08:00pm).

The public is invited to join for an exciting series of events, which include: