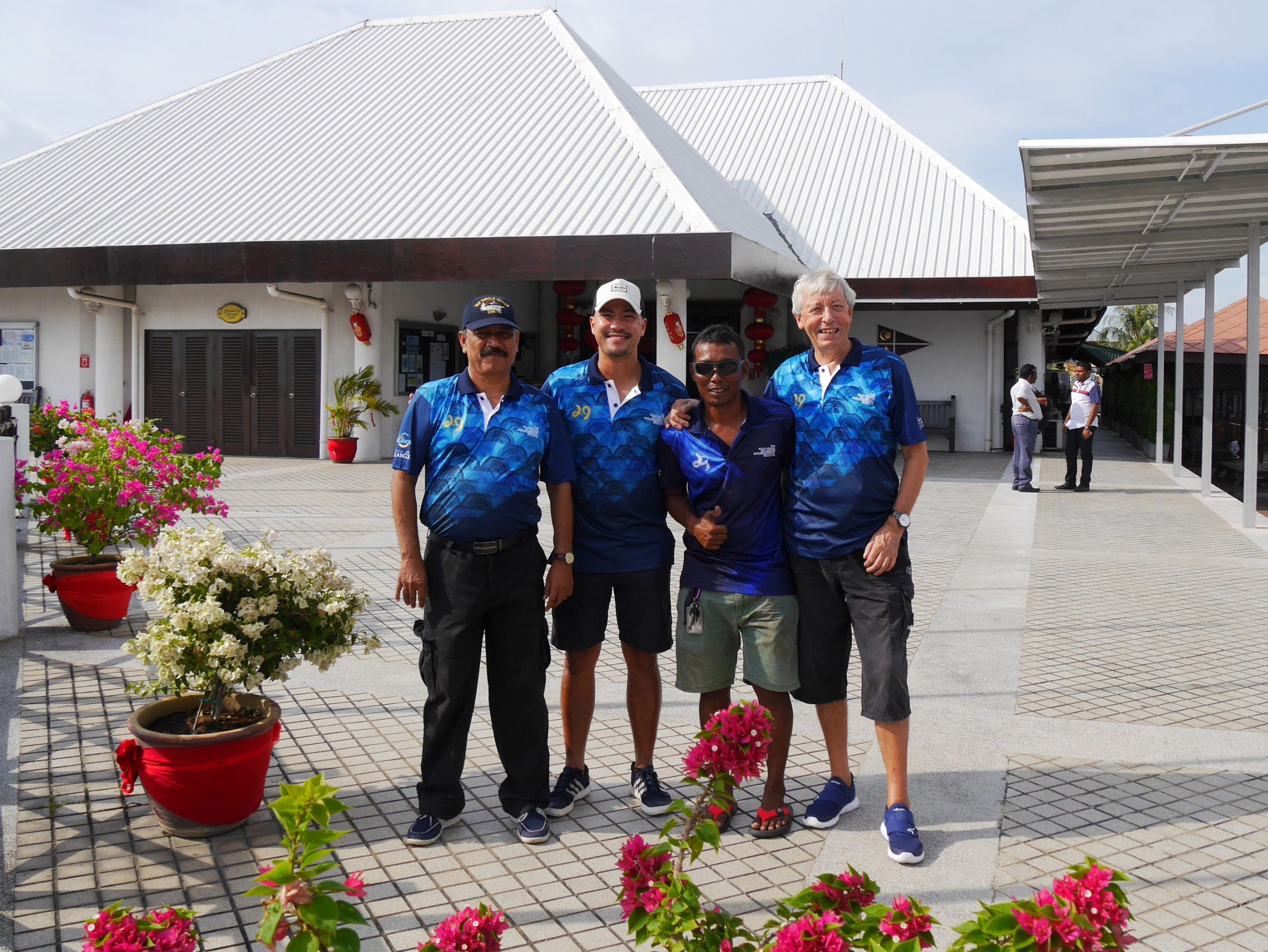 Sailors from the Royal Selangor Yacht Club in Port Klang, just outside Kuala Lumpur, have touched down in Geelong ahead of this weekend’s Festival of Sails.

The crew of four will compete in the three-day regatta for the first time, thanks to sponsorship from AirAsia, the world’s best low-cost carrier, and support from Avalon Airport.

The crew will be sailing a J24 (provided by the Royal Geelong Yacht Club) in Corio Bay Class, during the Festival of Sails. The regatta’s apparel sponsor Gill Australia will provide them with crew shirts.

Late last week the crew was busy training in Malaysia, before flying to Geelong yesterday. They plan to train on Corio Bay today, ahead of the AirAsia Corio Bay Series, which kicks off tomorrow.

Harris is the Chairman of the Raja Muda Selangor International Regatta, the most challenging offshore sailing event in South East Asia.

The annual sailing event is held from November 15 to 23, 2019 and is organised by the Royal Selangor Yacht Club in conjunction with the Royal Ocean Racing Club. It consists of 3 overnight passage races, 260 miles in total, plus three days of harbour racing around the tropical islands of Penang and Langkawi.

“Sailing in Malaysia is a growing sport and there are a wide variety of events from dinghy sailing for children right up to international standard regattas,” Harris said.

Harris said the crew all compete regularly in regattas in Asia but usually in different yachts.

Harris, a British-expat who has lived in Malaysia for the past 12 years, said the crew members all used AirAsia regularly and “are really pleased that they are sponsoring our crew to come to Festival of Sails

“AirAsia is the leading budget airline in Malaysia and has a good service to many counties in the region. The new service to Avalon Airport is very convenient for travel to Geelong and I'm sure it will encourage more Malaysians to explore that part of Australia, including the Great Ocean Road.

“This is a wonderful opportunity for us to experience the largest regatta in Australia,” Harris said.

“We are also very grateful to RGYC for allowing us to promote the Raja Muda Selangor International Regatta during our visit.”

Harris said he was looking forward to being out in Port Phillip Bay, alongside a large mix of yachts and to meeting other sailors from Australian clubs.

“As we will be in an unfamiliar boat in a new sailing area we don't expect podium places but we'll be trying our best to be competitive within our class.”

An AirAsia spokesman said “AirAsia supports a number of sports in the region including surfing and UFC and now, the Festival of Sails. We believe in helping people achieve their dreams, and it’s through sport that we’re able to showcase the fantastic talent of Southeast Asia and Australia.”

“The AirAsia sponsorship is fantastic news and a great opportunity to showcase our wonderful region and regatta to sailors from overseas.

“With passengers arriving into Avalon International Airport daily from AirAsia flights, increasing awareness of the Festival of Sails and growing participation and visitor numbers in the Asian market, is important to us.

“We are also delighted to have AirAsia on-board as sponsor of the Australia Day Fireworks Display, with support from Avalon Airport. The 15 minute display starts at 9.15pm on Saturday and is always a highlight of the first day of the regatta, for both the sailors and visitors to the waterfront.”