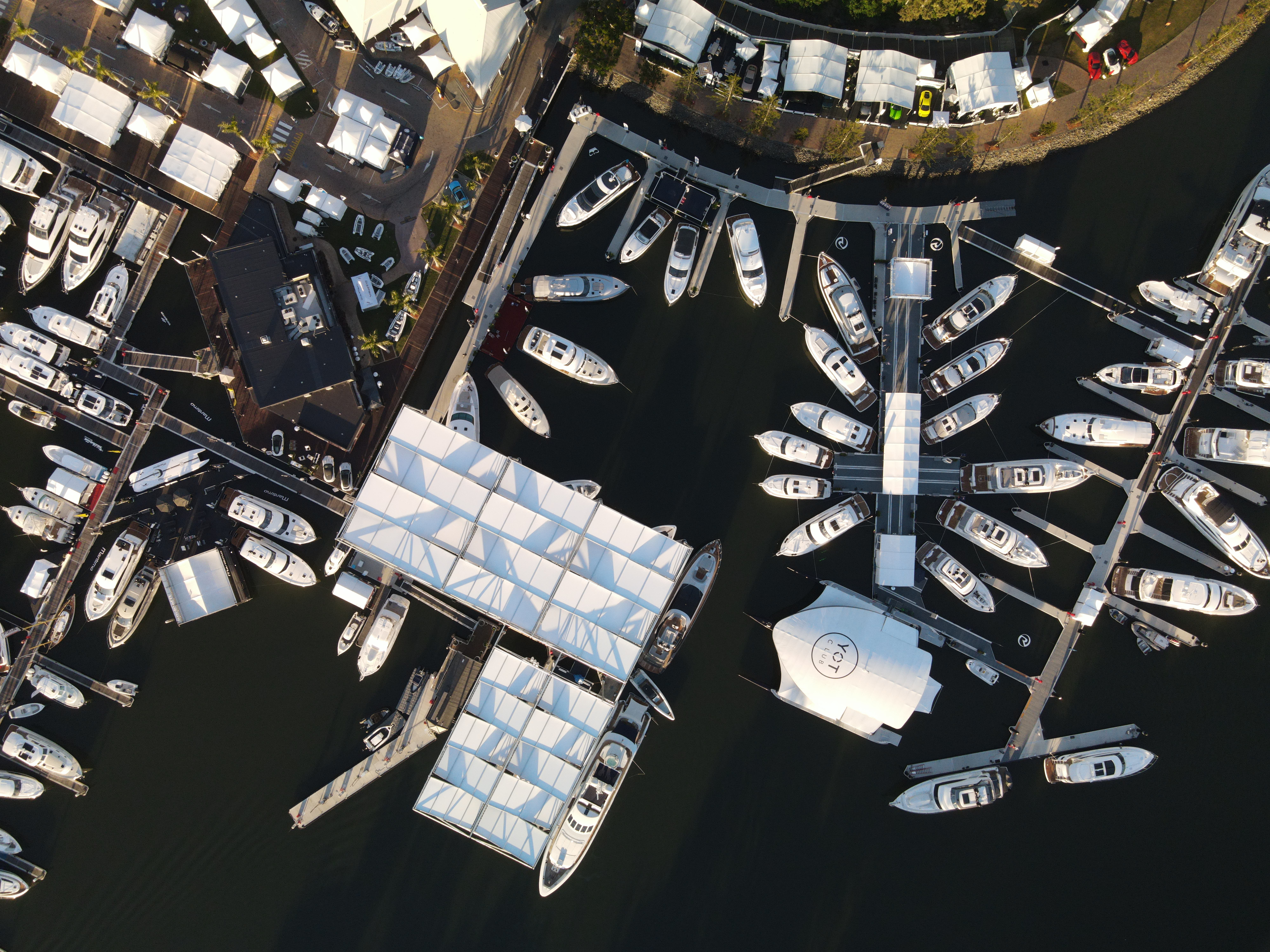 More than 600 boats will be on display at SCIBS.

The 2022 Sanctuary Cove International Boat Show (SCIBS) will roll out the red carpet for the greatest show afloat with a stellar line up of more than 600 boats on display from 19 – 22 May 2022 at Sanctuary Cove on the Gold Coast.

In one of the biggest shows to date, SCIBS will showcase more than 200 boats on water with an additional 400 vessels on display across the precinct from luxury superyachts to full- throttle powerboats and trailerable watercraft.

“We will showcase a fleet of six Princess yachts on water, which includes the world premiere of the upgraded, award-winning F55 model, as well as the F50 and F62 craft in the F Class and three V Class sports yachts – V40, V55 and V60,” Mr Haines said.

“Princess is looking forward to hosting an owners’ lounge and events as well as reengaging with our customers – old and new – at SCIBS 2022.”

Leading Australian luxury motor yacht manufacturer Maritimo will debut three new models as part of a fleet of six vessels on water, which Lead Designer Tom Barry-Cotter said heralds one of the brand’s most anticipated displays at SCIBS in recent years.

“As SCIBS is our home show, we always have something exciting planned, and this year will certainly be no exception.”

Sleek and unique, Florida-based Leopard Catamarans also has an exclusive model to showcase at SCIBS 2022.

“We will premiere the L53 Power Catamaran, which is new to Australia and our most powerful next-generation yacht, as well as displaying the new L42 and L45 Sailing Catamarans at SCIBS 2022,” Leopard Catamarans Australasia Sales Manager Peter Devers said.

Riviera Owner Rodney Longhurst said a fleet of 12 distinctive motor yachts will be on display as part of Riviera’s showcase at SCIBS.

“Presented by Mulpha Events, SCIBS 2022 looks forward to showcasing the exceptional array of more than 200 boats on water against the stunning waterfront backdrop of Sanctuary Cove.”

The 33rd Sanctuary Cove International Boat Show (SCIBS) is on from 19 – 22 May 2022. Tickets are on sale now via sanctuarycoveboatshow.com.au/tickets