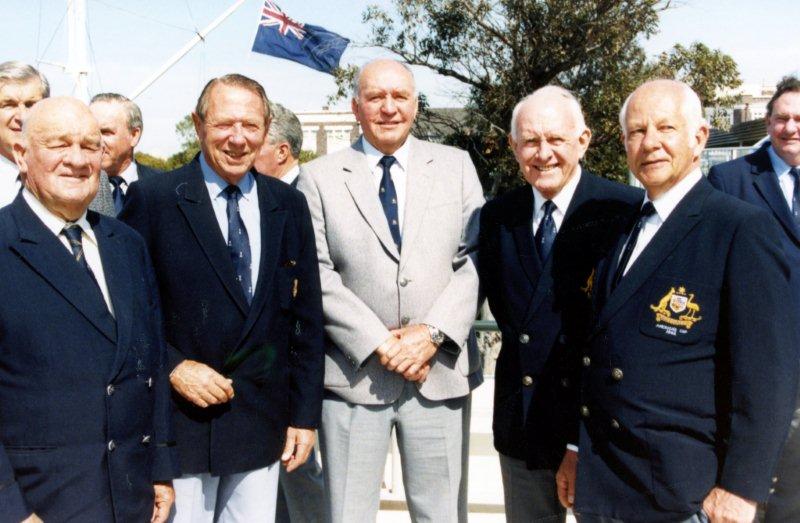 Magnus Halvorsen, who with his younger brother Trygve aboard their 39ft double-ender Freya won consecutive Sydney-Hobart races in 1963, 1964 and 1965 – an unmatched record to this day – has died in Sydney, aged 96 years and 11 months.

With Trygve, who died in November last year, he also won the 1957 Sydney-Hobart with Anitra V. They owned Solveig, the 1954 winner with navigator Stan Darling as skipper stepping in for the Halvorsens who were unable to sail through illness.

Freya was the sixth offshore racer they designed and built themselves and her hat-trick came from a collection of boat development, racing experience and preparation, with recruitment of steady, compatible crew members over the years.

The brothers were born in Norway, sons of boatbuilder Lars Halvorsen who migrated to Australia in 1924, where his wife, five sons and two daughters joined him in 1925.

Lars Halvorsen soon became established as a boatbuilder in Sydney, and the sons Harold, Carl, Bjarne, Magnus and Trygve, all went to work in the family business when they turned 14.

Magnus, Bjarne and Trygve in their spare time in 1934 began building their first yacht, a 34ft harbour racer they called Enterprise, which became scratch boat at the Sydney Amateur Sailing Club.

Trygve and Magnus designed Saga for the second Sydney-Hobart race in 1946 with some of Enterprise’s characteristics. She survived a storm in Bass Strait, followed by calms, to place second on corrected time to Bob Bull’s Christina.

Both were involved with Australia’s first America’s Cup challenger Gretel in 1962. Trygve was number three helmsman as well as being in charge of the maintenance program and Magnus, a former rugby union second-rower, was on the mainsheet.

Magnus was also a member of the support team in Gretel II’s 1970 challenge.

He sailed with Trygve aboard Freya in Australia’s first challenge for the Admiral’s Cup international offshore teams racing championship in 1965 at Cowes, UK, in which the Australian team placed second to Britain.

Tryg and Magnus parted ways after the 1965 Hobart race, with Tryg wanting to spend more time with his family while Magnus taught himself navigation to find a new niche in offshore racing.

He navigated Arthur Slater’s Prospect of Whitby, top-scorer in Britain’s winning Southern Cross Cup team in 1973, Peter Kurts’ Love and War in her 1974 Sydney-Hobart race win and in the 1975 Admiral’s Cup.

And he navigated Jim Kilroy’s American maxi Kialoa II to her line honours win in the 1971 Sydney-Hobart and Kialoa III when she set a new Sydney-Hobart race record in 1975.

When he retired from racing in 1982, Magnus had sailed in 30 Sydney-Hobart races, five Transtasman races and three Transpac Los Angeles to Honolulu races and covered thousands of delivery passage miles across the Pacific.

In a memoir, “Some Sailing Reflections” he wrote: “I have lasting memories of some great sailing with staunch shipmates. There have been many changes in boat design, not all for the better.

“I maintained my amateur status throughout.”