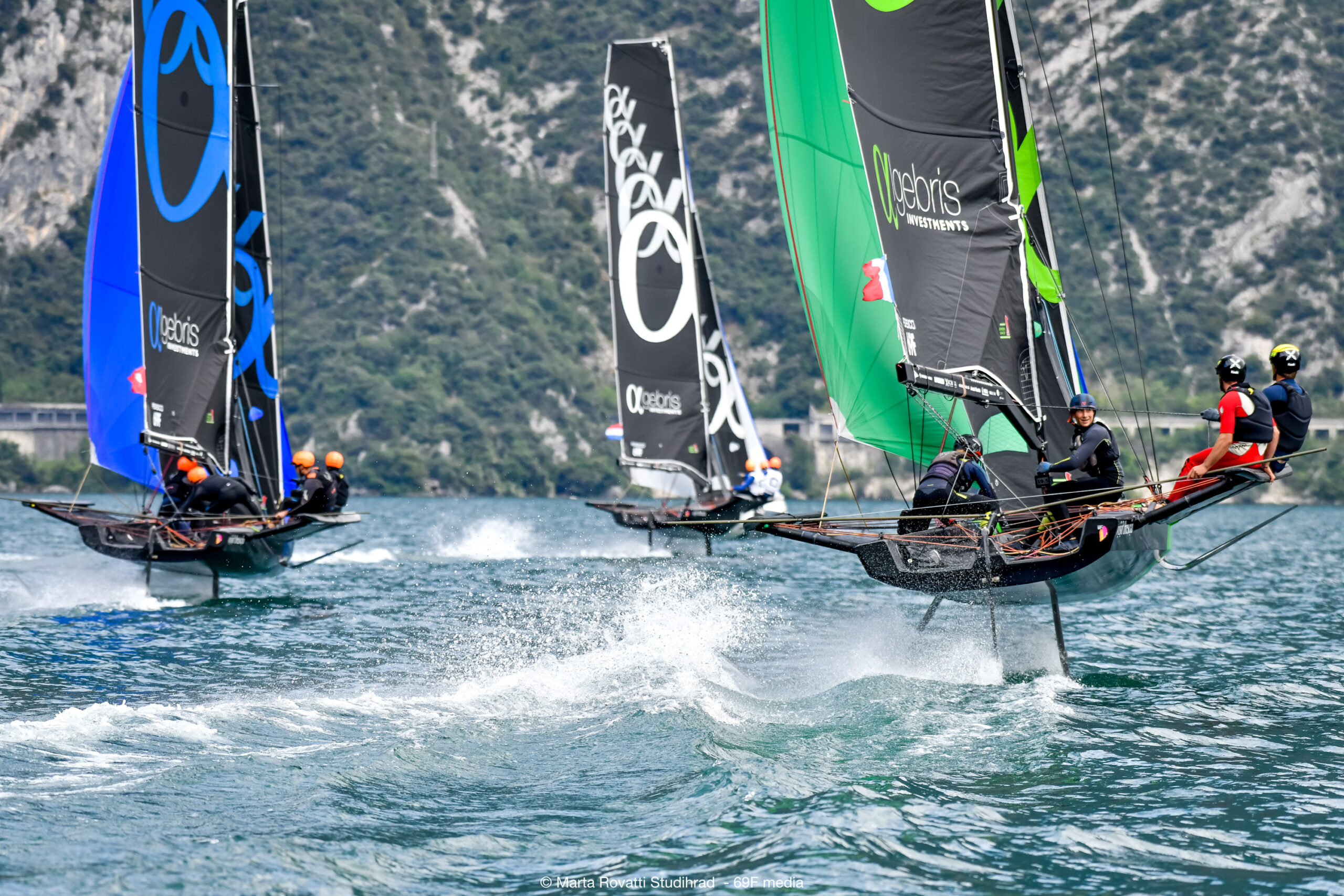 Even in the light wind, the Persico 69F fleet were able to reach speeds of up to 22-knots. Pic - Marta Rovatti Studihrad

On the first day of the Youth Foiling Gold Cup finals, whitecaps ravaged the surface of Lake Garda but when it was race time, there was barely a ripple.

In the light wind, the Persico 69F demonstrated its incredible efficiency by sailing at more than three times the wind speed (over 22 knots) in 6-8 knots of wind.

Coming into the regatta, Team DutchSail – Janssen de Jong helmsman, Cas van Dongen, was confident that his team would not be penalised by their lack of racing since Act 1 of the YFGC, opting instead for solitary training back home. Today it looked like that strategy worked – the Dutch sailed all their races alone at the front of the fleet.

The lighter conditions didn’t favour the rest of the fleet quite so much, even Team France and Young Azzurra, who finished the qualifiers in second and third place, scored last place in one of the six races.

Team France normally sails with four crew, but opted for one less crew to be lighter. But they were quick to bring Tokyo Olympian Emile Amoros back on board however, as even in light winds, the Persico 69F demands a lot from its crew.

Team France’s Charles Dorange said, “Onboard, we had a little bit of difficulty working together. It was a little tense and additionally, we got a penalty that was pretty expensive so we’re not very happy with the result today.

“We are still super motivated and there are still two days so we’re ready to push.”