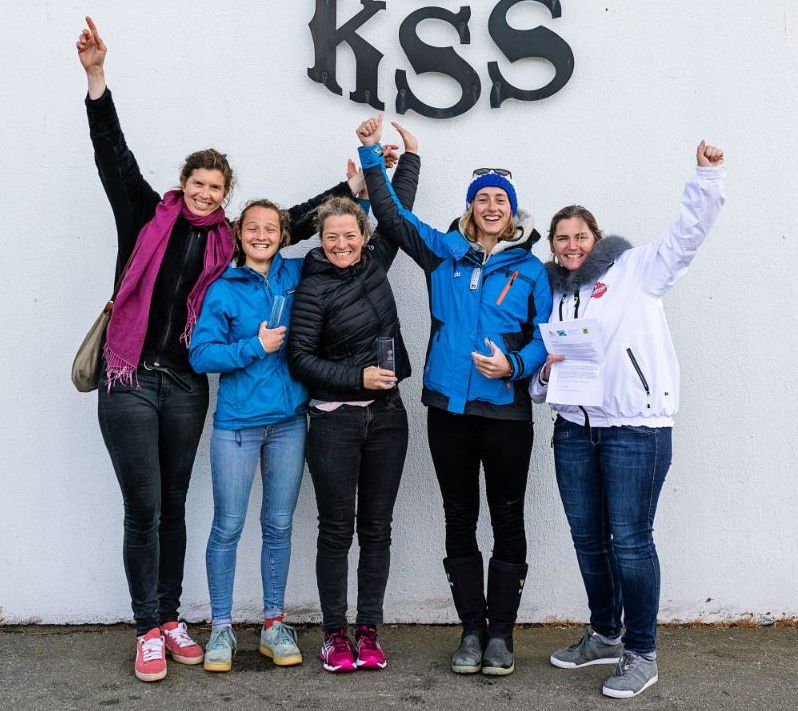 Claire Leroy (FRA) and Marie Björling Duell have joined the line-up for the Women’s Match Racing World Championship 2019 in Lysekil.

The top teams in the world are heading to Lysekil Women’s Match, the official world championship of 2019. Two spots in the line up were reserved for the best Swedish and the best international teams in this weekend’s qualifying event raced at the Royal Gothenburg Yacht Club (GKSS) in Langedrag, Sweden. French skipper Claire Leroy and her team were undefeated in the round robin and the semifinal and won the final against Lotte Meldegaard Pedersen (DEN) 3-0 to secure their championship spot.

”We arrived in Gothenburg two days before the regatta started and got some great training in the boats, so we felt prepared from the start. Both today and yesterday we had really good starts and the whole team has done a really good job,” says Claire Leroy who won the World Championship in 2007 and 2008. “The qualifier was the only shot for us to get to get to the World Championship in August and that was out goal. We are really happy to get the spot in the line-up,” added Leroy.

Marie Björling Duell and her team made a comeback in the regatta after being away from international match racing a couple of years. After advancing from the round robin and winning the petite final against Margot Riou (FRA) 2-1, they secured the Swedish ticket to the World Championship.

“It feels great and now we are going to refocus on the World Championship and prepare to be as good as we can in that regatta. We have a lot of routine in the team and our love for match racing has been a big part of our motivation this weekend,” said Björling Duell who is still hungry for her first World Championship title after five silver medals.

Results from the regatta can be found here.