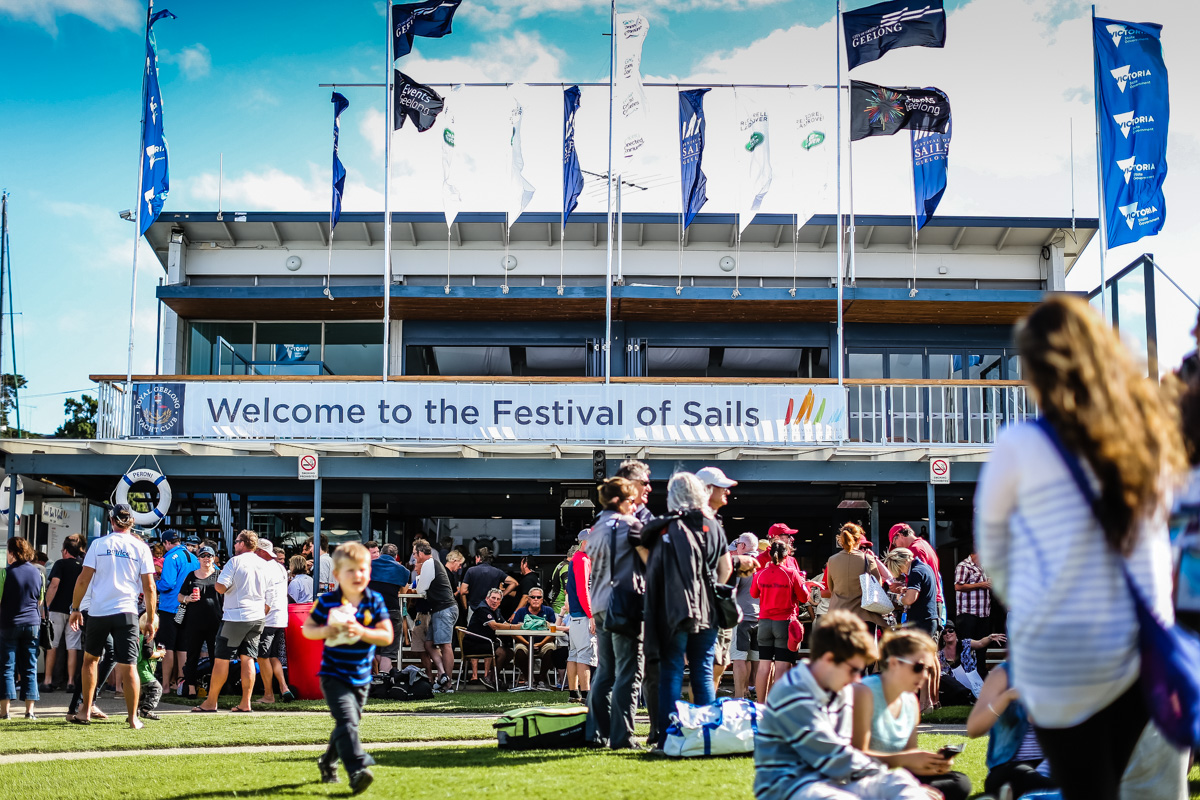 After midnight this coming Friday, January 11, 2019, the entry fee for the Festival of Sails at the end of the month will rise by $250, a definite incentive to be part of the first round of registrations for the historic Australia Day long weekend sailing regatta.

Organisers at the Royal Geelong Yacht Club have so far accepted more than 200 entries across 17 categories created for professional teams through to the weekend warrior and junior sailors racing Optimists and Cadets on Corio Bay.

Festival chairman Stuart Dickson said, “Staff and volunteers are very much looking forward to welcoming sailors and their families from around Port Phillip and much further afar. While the marina is filling up, we can still accommodate Festival of Sails boats on the marina, hardstand and on moorings.

“The VX Ones will be there in droves, making for super close one design racing, and we hope a few more sports boats will sign-up in the coming days, to contest their national title,” Dickson added.

The three-day VX One Australian Championship has drawn 23 contenders, one of three national series running concurrently with the main Festival, January 26 – 28.

Cruising AMS and the Cruising Spinnaker divisions between them have captured the lion’s share of interest, promising plenty of colour and action as these fleets zig-zag between the inner and outer harbours off the buzzing regional city of Geelong during the day.

In the late afternoon and evening sailors will gather with mates and family at the yacht club and Festival of Sails precinct for the food and entertainment program which has been a year in the making. Up to 30 performers – from Australian music legends to a local X Factor favourite – are set to rock the Geelong waterfront.

Boats from Western Australian, South Australia, New South Wales, Tasmania, Queensland, Victoria and overseas will make for a well-rounded three-day regatta starting for most with the traditional Melbourne to Geelong Passage Race on Saturday morning, January 26.

The Notice of Race and online entry is available at https://festivalofsails.com.au/notice-of-race. Online entries close Friday January 11, 2019 at midnight and thereafter a late fee of $250 may apply up until the final closing date of Tuesday January 15.