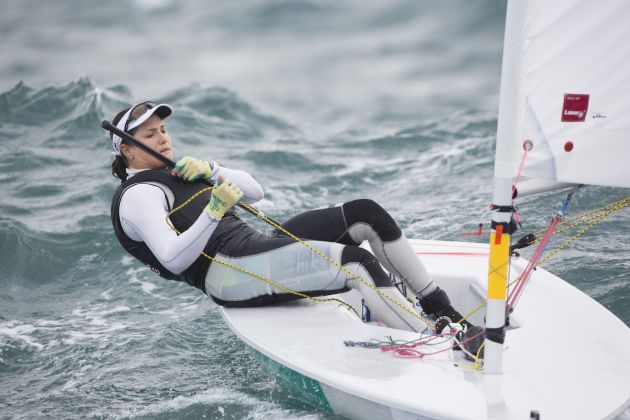 A couple of days to refresh the mind and body after a huge week at the 2016 Laser Radial World Championship in Mexico is just what Australian Olympic hopeful Ashley Stoddart needs prior to her last chance to convince selectors she is worthy of the country spot she created.

After seven days of competition Stoddart finished 22nd in Mexico on Wednesday April 20 from a Gold fleet of 36 Laser sailors, well beyond the baseline sixth place she and coach Jared West were working towards to gain selection for the Games that begin in 105 days’ time.

The pressure cooker remains on high for the Queensland sailor coming into the Sailing World Cup Hyères, from 25 April to 1 May, Stoddart’s final opportunity to win over Australian selectors.

“There’s no doubt that I felt pressure to perform in Mexico at the worlds and maybe that wasn’t always healthy in producing my best performance,” a disappointed Stoddart said overnight. “I can only take from the regatta what I learnt and use it as an opportunity now moving into Hyeres, and obviously beyond, as another chance to qualify.”

Stoddart is Australia’s only Laser Radial sailor with the chance to write her name above the spot she qualified the country for in November last year.

The week-long world championship in Mexico coincided with a period of unstable sea breezes that built later in the day and then tended to shut down during the second race, causing major changes in the breeze strength and direction and subsequent mark adjustments, delays and abandonments.

“The nature of the venue meant that strengths and parts of my racing which have seen major progress were not always rewarded,” Stoddart shared. “At this end of the game it is all about the best execution, mind-set and mental strength across the week.  I’m continually learning more and more about myself and what I need to do to get the best out of myself, and I can only see this helping me in the future.”

Under sunny skies and in 8-10 knots of a SSW breeze on Banderas Bay, Alison Young (GBR) edged past Paige Railey (USA) with a win in the final race to claim the world crown by one point.

Marlena Berzins was Australia’s second representative at the Laser Radial worlds. She finished 30th in the Silver fleet.