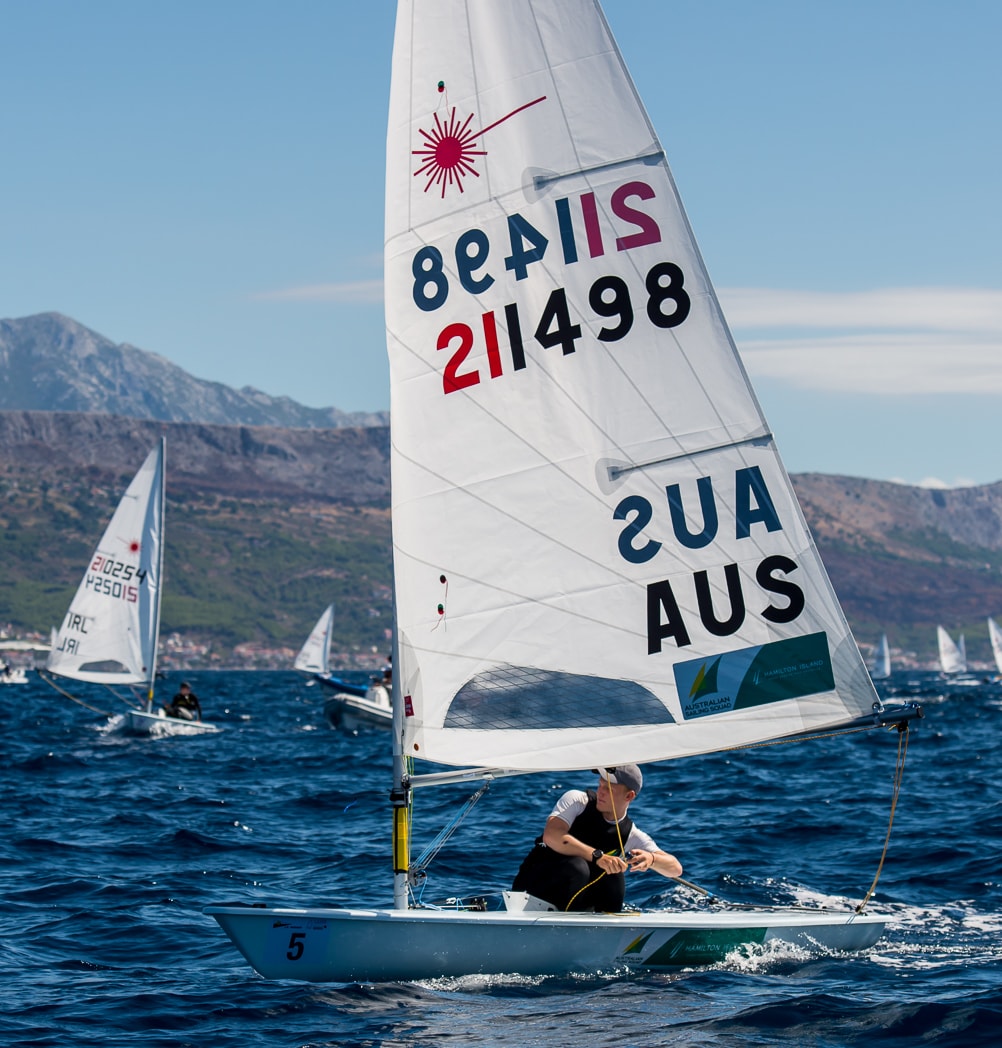 A star-studded fleet of 301 competitors from 25 countries will begin competition on Dublin Bay this weekend (Saturday 8th September 2018) as the annual Laser Masters World Championships sponsored by DLR gets underway.  Olympians, multiple world champions and local talent will contest the seven-day event that is co-hosted by the Royal St. George YC and National YC.

The field of men and women is spread across five divisions plus Standard and Radial rigs and is grouped by age ranges:  Apprentice  age 35 and over; Master age 45 and over; Grand-Master age 55 and over; Great Grand-master age 65 and over; Legend age 75 and over.

Britain and United States have the largest numbers entered but other countries such as Japan and Argentina as well as many European nations are also represented.

Australian Brett Bayer, an Olympic coach and multiple past winner will defend his 2017 title in the Masters division where some of the most intense racing is expected.  Of the host nation, Nick Walsh and Dan O’Connell are arguably the strongest contenders at this level.

In the Grand Masters event, Britain's Tim Law is on form along with Canada's Andy Roy, the North American class President.

Ireland's 1996 Olympian Mark Lyttle of the National YC will also be competing, fresh from placing third overall at the Irish championships two weeks ago in addition to his recent British Masters title win in June.  Lyttle is racing under his adoptive GBR colours and along with Sean Craig and Shirley Gilmore of the co-hosting Royal St. George Yacht Club, the trio is expected to lead the local interest for the championships.

Amongst the Great Grand Masters, two-times Australian Olympian Mark Bethwaite will be racing and aiming to better his 2017 result when he missed out on first place by a single point.  In the Radial Masters fleet, New Zealand's Scott Leith is a six-times World Champion and must be a favourite for 2018.

Ireland's Denis O'Sullivan from Cork is one of the dozen Legends taking part having competed in multiple previous events.

In the Standard Apprentice fleet, David Hillmyer from the United States has sailed on Dublin Bay before and could easily challenge a very strong Irish contingent that includes Dave Quinn, Pete Smyth and Roger O’Gorman.