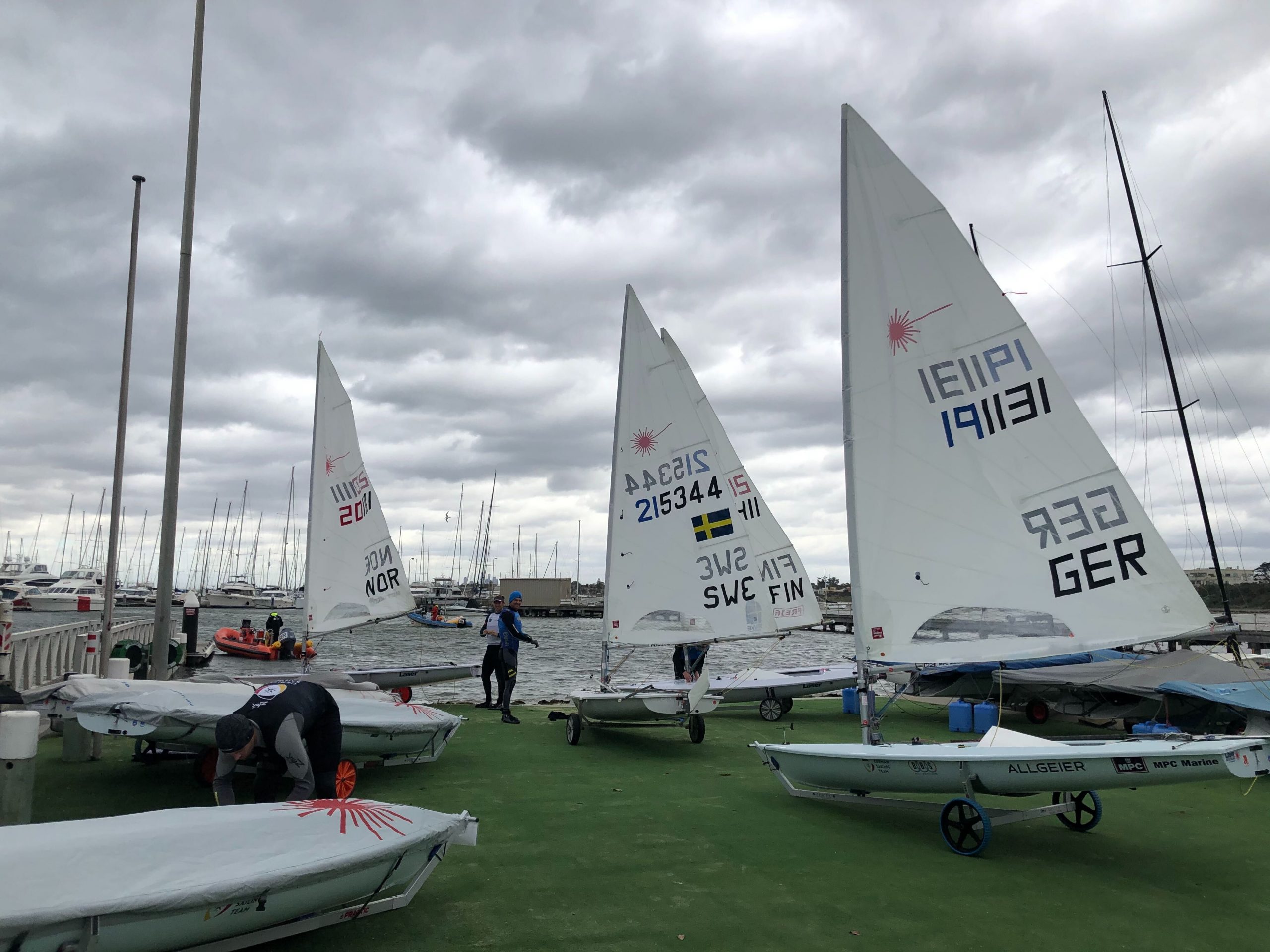 International competitors have started to arrive in Melbourne for what promises to be a massive summer of Laser sailing in Australia.

Turkey was the first country to send their boats, via airfreight, while the German team had to unload their shipping container in pouring rain on November 2 – hardly an ideal welcome to sunny Australia.

Last week, teams from Germany, Finland, Sweden and Norway braved the elements for their first training session on Port Phillip Bay – in winds gusting to 35 knots.

With the Tokyo Olympics less than nine months away, the world's best Laser sailors will take advantage of the intense competition in Australia between January and March 2020, to fine-tune their techniques and get into full racing mode.

Among the competitors for the Australian Championships and Sail Melbourne, which both take place in January, are 2016 Olympic Champion and 2017 World Sailor of the Year, Marit Bouwmeester (NED) and 2016 World Champion Alison Young (GBR).

The men's events have also attracted some big names, with the three top-ranked Laser sailors in the World, Matt Wearn (AUS), Tom Burton (AUS) and Sam Meech (NZL) all signed up, along with 2015 and 2016 World Champion Nick Thompson (GBR).

Both Matt Wearn and Charlie Buckingham (USA) are attending the Victorian State Championships on November 23 and 24, with Wearn providing an on-shore training session for aspiring young Laser sailors.

The breakdown is as follows:

Chairman of the Organising Committee, James Mitchell, said that while the entries received to date were very pleasing, there are still places available at all events.

“None of the events has yet reached the entry cap, although some are getting close. But both venues (Sandringham and Geelong) can accommodate large numbers both on and off the water and there are still plenty of charter boats available for both international and Australian competitors.

“We have also been training plenty of volunteers from local Victorian sailing clubs to help out and everyone is getting very excited about putting on an absolutely world class performance for the sailors.”

Entry information for the events is available at https://www.laser2020.com/schedule-01 where there are also links to charter boat suppliers and accommodation options.

Also proving popular is the dedicated Laser 2020 App which was developed by Peter Merritt, the 2019 Australian Sailing Volunteer of the Year, specially for the event. This can be downloaded from Google Play or the Apple App store. Click on the link at www.laser2020.com to access.