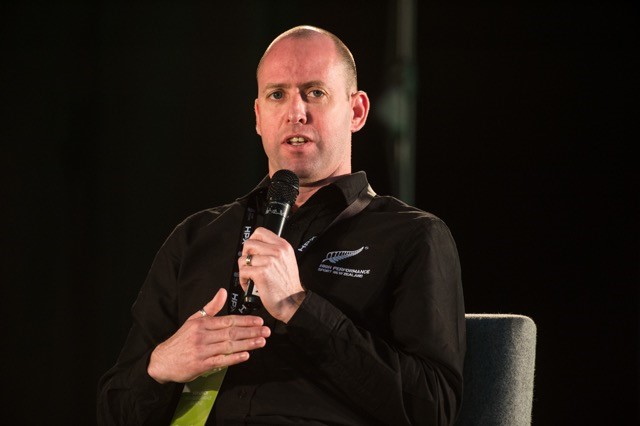 The final piece of an important puzzle has been put in place today, with Australian Sailing announcing the appointment of performance development specialist Ken Lynch to the role of National Performance Pathway Manager.

Lynch will be charged with leading the performance pathway programs and initiatives across the Australian Sailing High Performance system.

The appointment of Lynch rounds out a body of work being done by Australian Sailing to ensure a clear pathway to success is in place for our next generation of high-performance champions.

Key deliverables from the new Australian Sailing High Performance Strategy ‘#nextlevel – Towards Paris 2024 & LA 2028‘ which have been completed in recent months include the launch of thehttp://Performance Pathways Futures Program, the http://Athlete Development Framework, last week’s announcement of the http://Athlete Wellbeing & Engagement Framework and additional resourcing allocated to technical coaching in the state daily training environments in partnership with the National Institute Network.

Lynch will now take charge of the National Performance Pathway and State Sailing Pathway Programs, with an aim to build a talent pool of sailors and coaches to deliver repeatable success (on and off the water) towards the LA 2028 Olympics and onto what we hope will be a home Olympics in 2032.

“We are delighted to have secured Ken’s services to fill this crucial role,” said Australian Sailing CEO Ben Houston. “We are building a genuinely integrated High-Performance system that values the collective contribution of our sailing clubs, performance pathway programs and our High-Performance team to deliver our goal of sustainable repeatable success for the Australian Sailing Team.

“Ken was the outstanding candidate, in a very strong field and his insights and expertise as Manager High Performance Athlete Development at High Performance Sport NZ set him apart from the field,” Houston continued.

“We needed a world-class leader and I’m pleased Australian Sailing has secured Ken’s services. He will work collaboratively alongside our sailing technical specialists in both the national and state programs.”

Before his time at High Performance NZ Lynch had also spent time as the Head of Talent Development and Personal Performance Manager at the Irish Institute of Sport and the Olympic Team Manager at London 2012 for Triathlon Ireland.

“I am really excited to be a part of the team at Australian Sailing,” said Lynch at the announcement. “Opportunities like this don’t come along very often so it was fantastic to be offered the role and to have the ability to work with great people in a proven performance program.

“The vision, commitment and approach to repeatable success shown by the organisation provides a good launch pad for the area and the people involved. I’m looking forward to leading and being a part of that.”

Sailing is now well placed to maintain its place as one of the most successful Olympic sports in recent times. With thirteen Australian Sailing Team athletes set to compete for Gold in Tokyo this July, the next generation of sailing champions now have a clear pathway to glory in Paris 2024 and beyond.

Lynch will relocate to Australia and commence in the role at the end of June 2021.