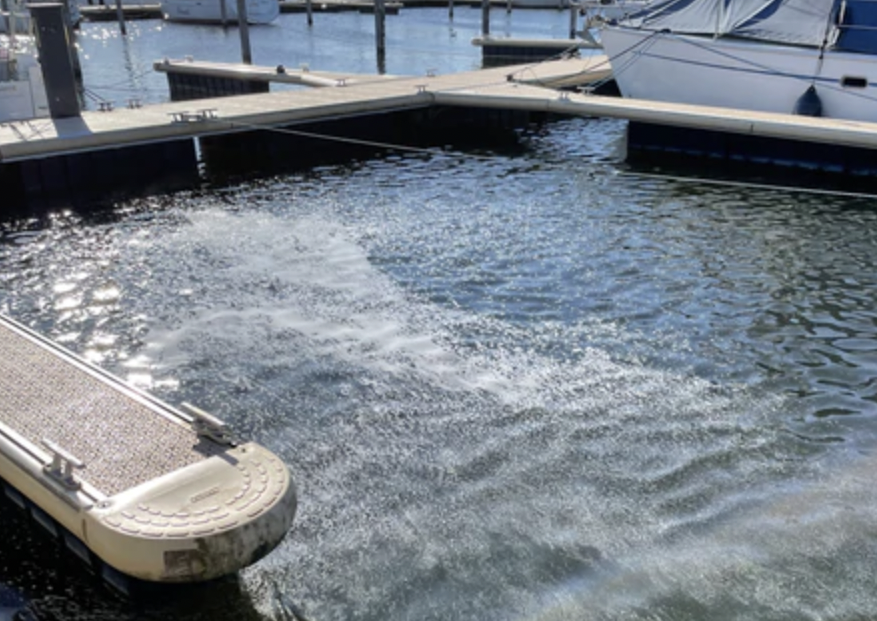 In colder nations recreational boating is responsible for dumping a huge amount of antifreeze into surface waters every spring.

As sailors, we try not to dump anything in our seas.

Common sense, right? and not all that hard if we put our minds to it.

But there’s one yearly ritual that we may have overlooked that is actually polluting our waters in a big way: it’s the opening season’s first trip.

You know the feeling – you’re about to set sail for the first time after a long and cold winter. You’ve likely done some good work on your boat, and you are ready to reap the rewards. Or you’ve just dusted her off from a well deserved hibernation. Any which way, you’re ready to go. You do the check-ups, you hope she’ll start, you turn the key, the old diesel picks up, and off you go, out of the marina, into the wide open blue. There is no better feeling.

Except for one thing: you may have just dumped 2-3 litres of antifreeze into our mother ocean.

Anywhere that winter temperatures are likely to reach below zero Celsius, many of us sailors store our boats with some antifreeze in the engine. You may know the drill: to prevent the engine’s cooling system from freezing over and bursting ducts, pouring some of that brightly coloured liquid in and closing the valves helps to preserve our engine systems over the cold months. And then, on that first spring day, we open them up again, replacing the antifreeze with external water to cool our engine, and off we go.

Now, most manufacturers say that their antifreeze doesn’t harm the environment and that propylene glycol, its official name, is biodegradable. But if it didn’t come from the ocean, we shouldn’t be putting it in the ocean. As an example, antifreeze prevents water from freezing…

If we look at the numbers, we see that this is not an issue to be taken lightly – estimates say that in the Netherlands alone, recreational boating is responsible for dumping about 500.000 litres of antifreeze into surface waters every spring. This equals 15 shipping containers of antifreeze!

For the full story, see: https://cleansailors.com/blogs/notes-on-the-ocean/keeping-antifreeze-out-of-our-seas?utm_source=Newsletter&utm_medium=email&utm_campaign=March%20wrap-up%20%28SnCQUn%29&_kx=1yQl85KohCE6d3gw7KTCYFBtlR9q_zvjoDpmEur6Jhw%3D.WyKavC