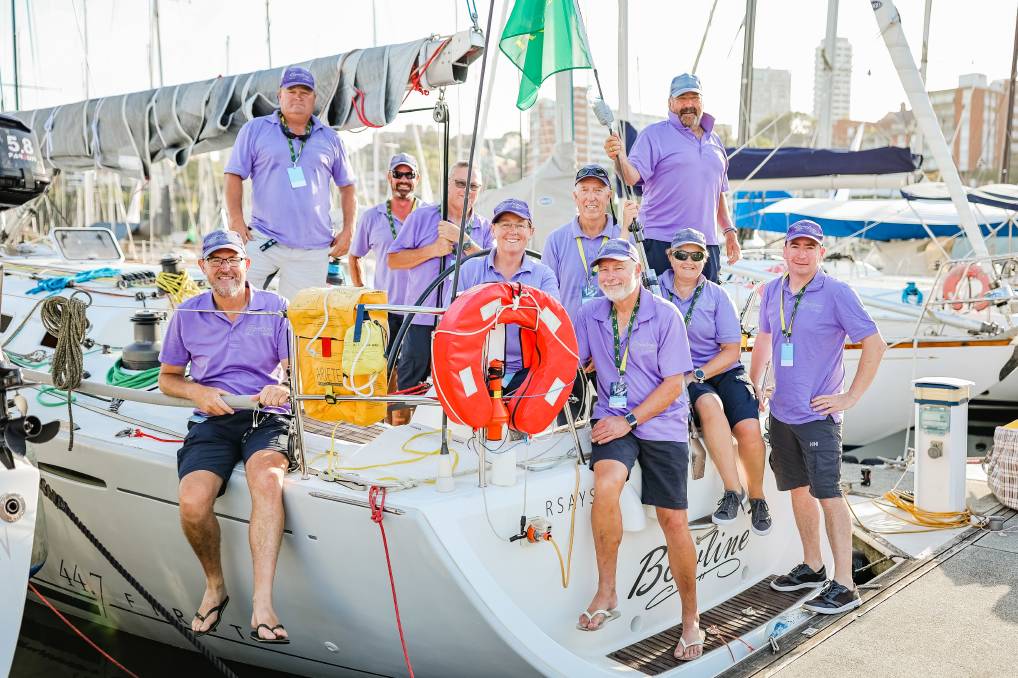 Ian Roberts and the Bowline crew before the start of the 2021 Sydney to Hobart Yacht Race. Pic - Rolex/Salty Dingo

Ian Roberts last sailed in the epic race back in 1981 as a crewman for the late Jamie Cowell on the 34-foot Morning Hustler.

This year he entered his recently purchased yacht Bowline, finishing a respectable 33rd for line honours and sixth in his division – Div. 3 IROC.

The other Kangaroo Island connection was Bay of Shoals winery owner and veteran campaigner John Willoughby, whose eighth race ended on the first night in dramatic fashion, but more on that later.

For the full story, see: https://www.theislanderonline.com.au/story/7573338/kangaroo-island-sailors-do-battle-in-sydney-to-hobart/#slide=0