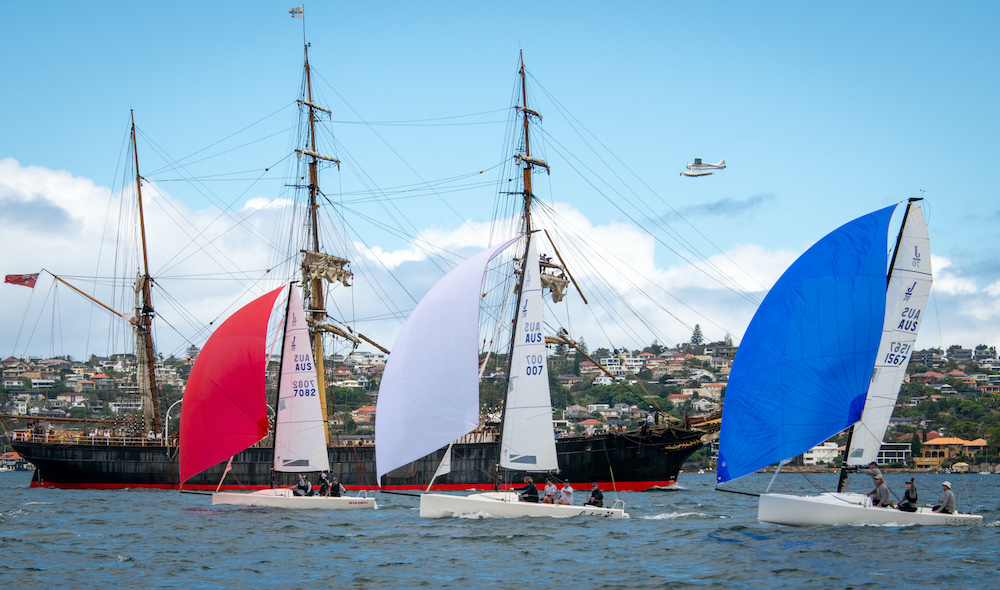 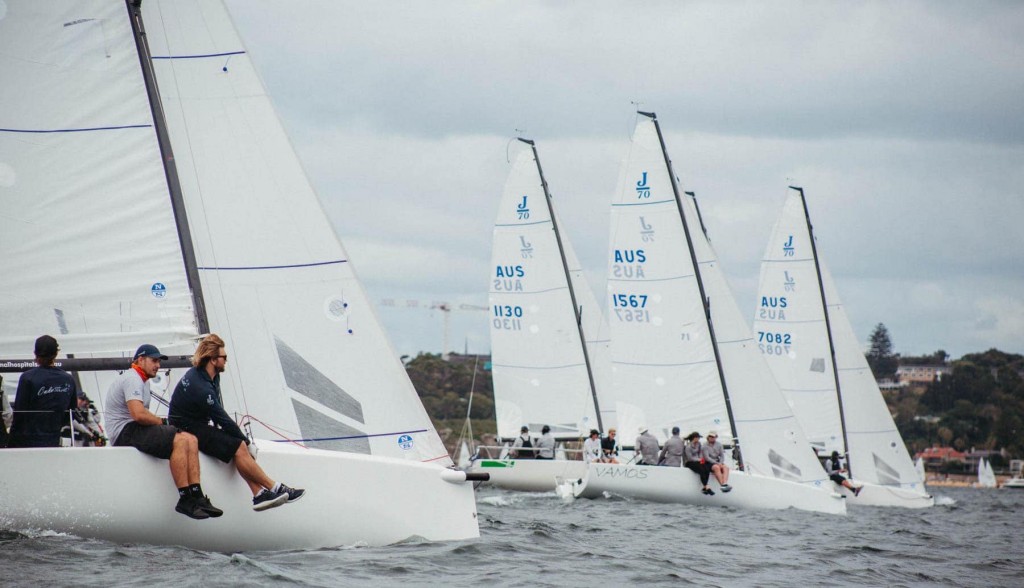 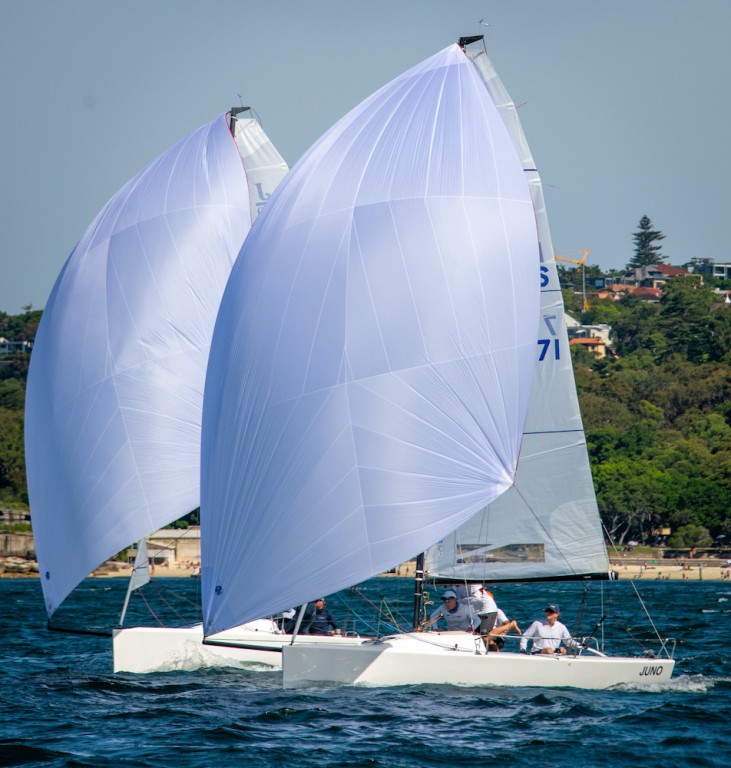 Reg Lord’s Juno has prevailed over a small but competitive fleet to capture the 2022 J/70 NSW Championship title contested on Sydney Harbour on January 22-24.

The three-day series hosted by the Royal Sydney Yacht Squadron was raced in predominantly SSE breezes that swung up to 20 degrees at times, and fluctuated between 8 and 14 knots for the first two days.  The final day was not easy with two prevailing breezes fighting each other.  Eventually only two of the scheduled three races were sailed in under 10 knots giving the series 10 races overall.

The shifty conditions did provide an interesting game of snakes and ladders.  Wind calls, racecourse management and overall strategy converted to gaining a place or two in a flash.  Mark roundings were crowded and always an opportunity to gain or lose a few places too.  Downwind varying modes between low vmg and planning also provided a lot of passing opportunities.

“It was close racing. Really strong and apart from the brilliant regatta by Juno, and equally strong Vamos the rest of us were in hand to hand combat every race. And we all still nipped at Reg and Tim’s heels” said skipper of Celestial Sam Haynes.

Tim Ryan sailing Vamous observed: “I felt the tricky wind conditions over the entire weekend provided a challenge and a good test of sailing skills. The fleet continues to improve with racing being tight particularly on the first lap. I suspect most boats had a turn at leading around the top mark, and many of the finishes were close, particularly in the pack.

“It augurs well for the fleet going forward with new boats arriving imminently. Juno sailed a great regatta. They looked to have good boat speed and excellent crew work and scored a pretty convincing win in the end.”

Unfortunately COVID played havoc and kept fleet numbers down and knocked a few sailors out during the event.  Only one team eventually came up from Victoria, and even they had to make a last-minute crew substitution.

Adam Keyes-Tilley from Sandringham Yacht Club sailing Madness commented “The conditions were very tough for a first time J/70 Victorian crew.  Getting off the start line under the cliffs was a challenge let alone contending with the up/down pressure, tides, big shifts, waves, boat wash and of course the ferries all made for constant gear changes which for us is very much in its infancy.”

Steve Price racing Swish said “We enjoyed our first proper J70 regatta. There are clearly three teams that are ahead of everyone else and we hope that with more experience in the class we might join them one day. We have a few tweaks to our boat and sailing skills in mind, so we will see how that goes. There is no doubt that to succeed in the class you need to be on top of your game in every aspect.”

“A huge thank you to PRO Jim Hawkins and his race management team from all of the boats in the fleet.  It was a tricky weekend wind wise, our course on day 1 and 2 was laid a good 15 mins before the scheduled start time, the target times of 35-40 minutes were being reached and the courses were very fair” said RSYS Rear-Commodore and skipper on ‘The Jackal’ Karyn Gojnich.

Upcoming events for the fleet include the Sydney Harbour Regatta on March 5-6 followed by the Victorian Championship on March 12-14 being hosted by Blairgowrie Yacht Club.

Further news and information can be found at the J/70 Australian Class Association website: www.j70australia.org