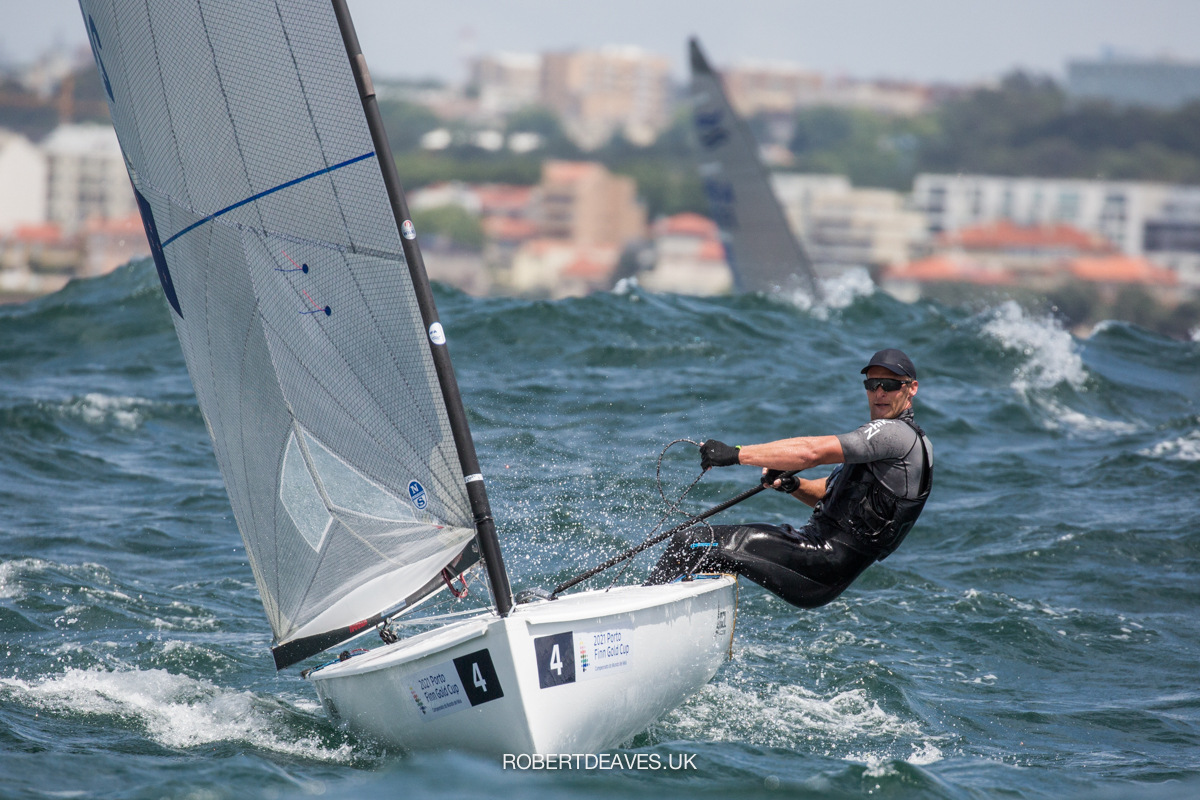 The 31-year-old was selected ahead of close friend and training partner Andy Maloney for the one position available to New Zealand in the heavyweight dinghy on the back of his consistently high results at pinnacle events.

In 2019 he became the first Kiwi to win the Finn Gold Cup (world championship) since its introduction in 1956 and he followed that with bronze at this month’s Finn Gold Cup in Portugal.

Maloney won the world title in Portugal, not only illustrating the depth of Finn sailing in this country but also emphasising the success of the pair’s shared campaign approach, and he will now take over as Junior’s coach for the Olympics.

Junior was seventh in the Finn at the 2016 Rio Olympics and will go to Tokyo excited about his chances.

“I feel honoured and excited to get the chance to represent New Zealand at the Tokyo Olympics,” he said. “It’s incredibly special to be a part of the team and I can’t wait to get there and try to win a gold medal for New Zealand.

“Andy and I have been building up to these Games for a long time now. We have worked closely together, and it was always going to be tough to decide who would get to represent New Zealand at the Olympics. I guess I am now incredibly lucky to have the current world champion coaching me, but feel a little bit for him at the same time.

“Rio was an amazing experience for me. Although the result was tough, it has taught us a lot that we have built into this campaign. I can’t wait to keep training and working with Andy as we look ahead to Tokyo.”

Maloney was philosophical about missing out, especially as he narrowly missed a spot in the team for the Rio Olympics to Sam Meech in the Laser, but fully supported the decision.

“It’s mixed feelings for me,” he said. “I’m obviously disappointed to not be competing in Tokyo but can be happy with my progression in the Finn over the Olympic cycle. Thanks to Josh and our coaches I can bow out of the Finn as the world champ, which is pretty cool.

“Josh sailed incredibly well through our selection series, winning the 2019 world championships and then following it up with another spot on the podium this year. He’s quick and racing really well, so I can’t wait to continue pushing him over the next two months and supporting him through these final stages of the campaign.”

Yachting New Zealand high performance director, Ian Stewart, said Junior’s selection represented another milestone for the sailing team with the Games due to start in less than two months.

“We’re thrilled for JJ, but definitely feel for Andy,” Stewart said. “It’s a shame they both can’t be on the start line because they’ve set a new level for New Zealand sailors working together. Having both of them in Japan is a real strength to the team.

“Given the unknowns and added pressures of these Covid Olympics, it’s great to have an experienced and tight team.”

NZOC chief executive Kereyn Smith passed on her congratulations to Junior and Maloney.

“Both these athletes have put together fantastic campaigns and we’re glad they’ll both be joining us in Tokyo,” Smith said. “This is a real testament to the depth of talent developed by Yachting New Zealand and we look forward to seeing Junior in action in two months’ time.”

The selection of Junior brings the total number of athletes selected to the New Zealand team to 49.