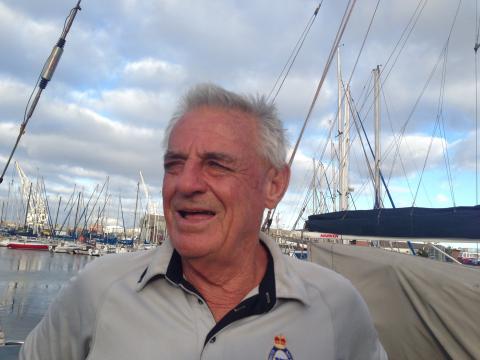 I am on my way to Tahiti

Panama is in The doldrums. Weather wise that is.

Seems to be going well otherwise. (As long as you don't stroll into The wrong localities).

On departure there was no wind, none at all. Flat calm. Calm as calm.

Lots of flotsam and jetsam in the water (to bang into).

My engine is a Yanmar 4JH4AE – does that make sense? Nup, me neither.

Now June 2017 it has chalked up 5460 hrs. It has never missed beat. Starts instantly, never stops. Except when one pushes the stop button.

I have had air leak in new in-line fuel filter, couldn't fix. Took it off. Connected fuel line to each other and rely only on the fuel filter attached to the engine. Yanmah have two sizes fuel filter that fit. I use the large size.

All my refuelling is done by jerry cans (Jerry jugs BJ Caldwell calls them), I can see if there is any dirt.

(Never refuel from the fuelling barge at Benoa Marina Bali. That nonsense been going on for years).

I stick to service per manual. I.E. Oil change and new oil filter every 250hrs, Clean exhaust mixing elbow every 250hrs, go in neutral from slow to flat out, 5 times in succession before turning off etc etc per manual.

The Panama Canal is an engine reliability canal, trust me.

Panama City, towns, roads,rivers, canal, all built inside a rain Forrest – Some debris ends up in the Gulf of Panama.

With the Yanmah churning at 1500 RPM I do 6 knots in a flat sea. Change course a little here, a little there to avoid city made litter or a sodden tree trunk or foliage monkeys once climbed.

Into the night. Can't see nothin.

The sound of the engine revs changed down. (500 RPM). A while later came back up. What?

All overcast, dark and calm. Rain at times. Lightening illuminates the sky.

Simrad electric tiller pilot steering. (To the south), to the mouth of the Gulf of Panama. When at the mouth press the electronic tab on the B&G plotter. Electric tiller pilot changes course south-west heading to the western end of the Galápagos Islands, many hundreds of miles away, on the equator. Then to turn a further west-south-west towards French Polynesia 3000 nautical miles on.

From the Canal at the head of the Bay of Panama to the southern mouth of the Gulf of Panama is 98 nautical miles long.

New to me, there is a north south traffic separation zone. Right down the guts of the Gulf.

I sailed a parallel course outside the separation zone.

Ships going north and ships going south have all got something in common with me. We all have engines shoving us along.

Ships going north and ships going south have something I do not have in common. It doesn't matter a fig to them, if they crash into a tree.

The Gulf of Panama separation zone allows the rest of marine traffic to go about their business. Specially fishing.

It would have been a zoo before hand.

From the Gulf of Panama 7degrees north latitude, sailing vessel needs to get south. Go south.

The favourable south east trade winds can be found at the equator.

The first part, no wind. No wind much. Engine!

I am heading near south. Go south that is the rule. But the B&G says I am going south-east. (Current).

Heavy clouds. (Plenty of them) and rain – cause wind shifts.

Stick my head out the cockpit hatch above. “Think it is a south wind” Not South-west wind. (Tad east as it happens).

Watch the B&G. I am laying it.

Next day the wind Is the same plus more.

The fishing boat turned its AIS off.

Anyway two days later, on course, I pass the Galápagos Archipelago and In between two small islands north of the Archipelago. Isla Wolf and Isla Darwin.

Gosh I hope to see you all there. Are there enough hotels? (The rich ones can go to Bora Bora).

Grandma and Grandpa (And me) sailing conditions.

My passage cleared north of the Galápagos archipelago. Sailing obtuse angle, it was 3 days before I crossed the equator.

All the folks in the Old Testament,

All the folks in the New Testament

All the folks in the Flat Earth Society

Never knew there was an equator.

The former were never told.

The latter don't want to know about it.

If the likes of Galileo had told them there is one, they would probably think it would be the bleeding tipping edge of Earth itself.

It isn't. I know. I crossed the equator and never fell off the planet. I am still here.

Next several days not a lot.

Once in a while a rain squall. (Doldrums are north of the equator).

A day or two later I sailed thru a fleet of Chinese fishing boats. Each approx 200 feet long.

Passed 3 near, plus a large mother ship or factory boat drifting with the wind.

2011 and 2014 the same 39, a fishing boat about every 4 days. I assumed they came from Chile or South America. If they had AIS they were not transmitting.

Now with AIS this vast South Pacific seems to be a fishing pond. Might end up like Asia. More boats than fish.

At least they all had their AIS on.

The next following few days I'v seen nothing, nothing and nothing all the way to the horizon and on AIS.

But also each day, usually at night, periods of not much wind.

This yacht is too small to be an oil tanker.

This being my 7th passage Panama to Tahiti. But only in 1990 and this year 2017 have the wind been so quiet.

Maybe it will be the opposite the other side of French Polynesia.

The climate along this current track is nice.

The Peru current starts in Antarctic waters follows the South American Coast northwards and branches at the equator.

Sweeps the Galápagos Islands where penguins and seals can be found (aside from Iguanas and the rest). Then onwards westward.

Just got an email on the iridium. (See how I spell iridium with a little I. So does iridium). Paul Stratfold is now sending me WPs to err me more south for a period to fetch west going favourable current. He advises wind will be quiet next several days.

Hope all is good and well with everybody.