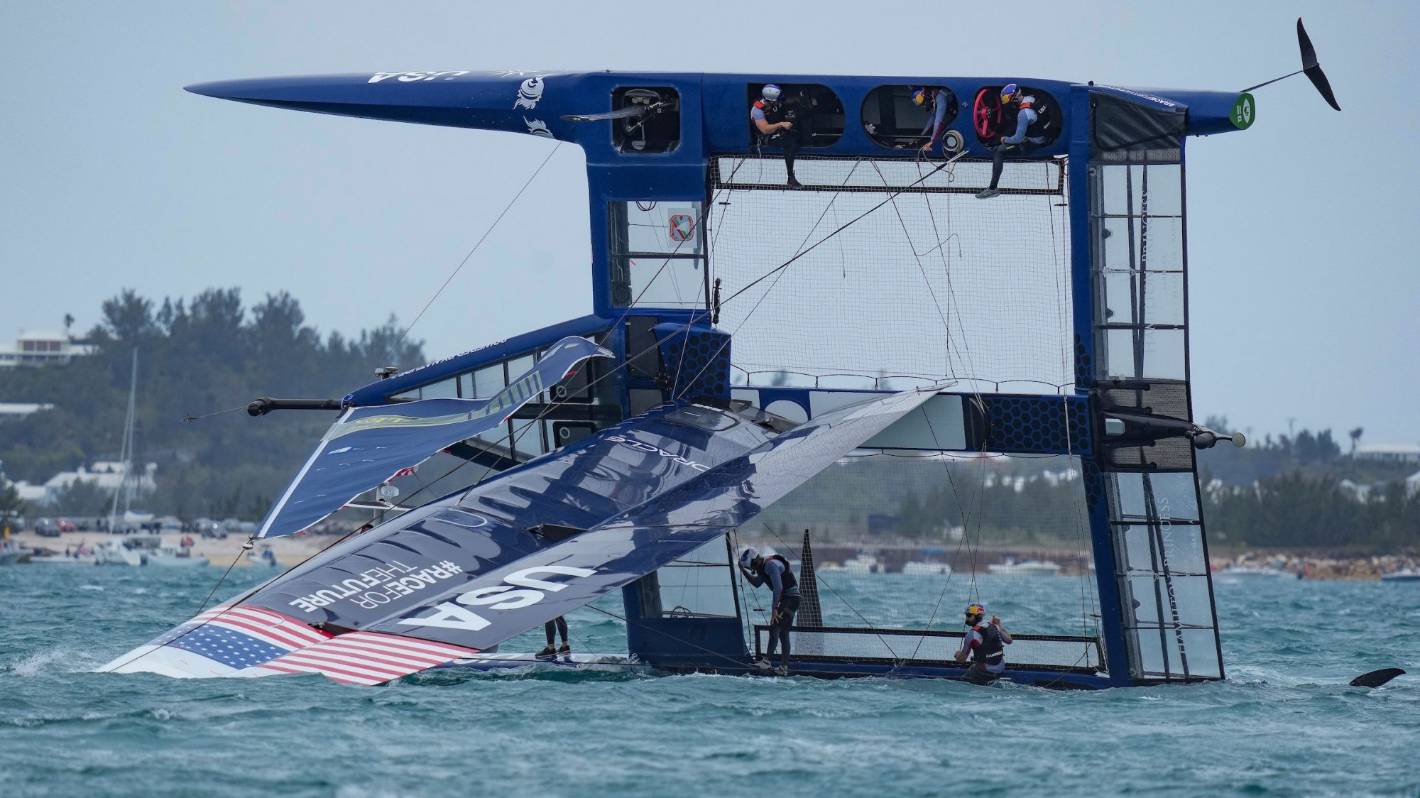 USA's SailGP boat capsized after an incident with the Japanese team. Photo SailGP.

Jimmy Spithill’s coach has called for SailGP to introduce tougher safety measures after the dramatic collision in the season-opening regatta in Bermuda, according to Kiwi news site Stuff.

Spithill, helming the United States boat, found himself the victim of some wayward work from Japan skipper Nathan Outteridge as the two boats took on considerable damage in their high-speed impact last Sunday.

Japan rode over the top of the American catamaran, dropping down on the windward hull and becoming tangled. Japan had to retire with a holed hull while Spithill soon capsized as his steering system was damaged in the impact.

Frenchman Philippe Presti has been Spithill’s coach during the peak of his America’s Cup success and is back alongside him in SailGP. Presti fears injuries and even bigger boat damage could happen in these foiling cats that are exceeding 50 knots if something isn’t done to address safety measures.