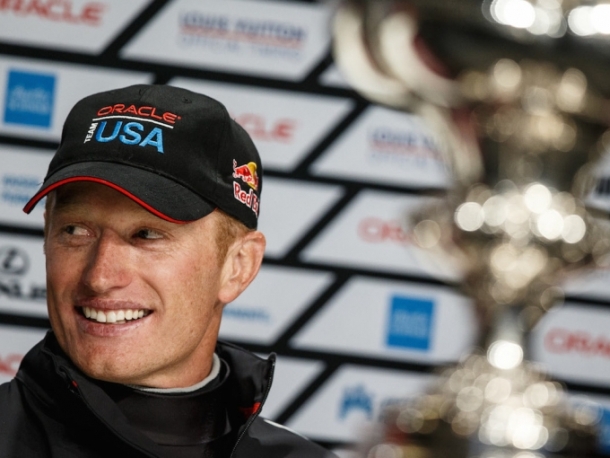 He's a hero in Australia and the USA, but twice America's Cup winner Jimmy Spithill is the man they love to hate in New Zealand. When the website stuff.co.nz named its five sporting villains of 2014, the Oracle Team USA skipper came in at number four.

He was in illustrious company, following an All Black who was dropped from the team after he got drunk and missed a flight, the Uruguyan soccer player who bit an opponent, and the Kiwi cricketer who was banned for life for match fixing. In fifth place, for calling off his wedding after the invitations had been sent out, was golfer Rory McIlroy. Apparently dumping your tennis-playing fiance almost at the altar is less villainous than beating New Zealand's current sailing superstars, Peter Burling and Blair Tuke, to the ISAF World Sailor of the Year title.

Even New Zealand Customs gets into the “hate Jimmy” act. On landing in NZ in January this year the Border Protection guy read on my card that I'm a journalist. Asked why I was there, I said I'd be covering the A Class Cats and planned to catch up with Jimmy (who was in NZ at the time) for a coffee. “We don't like him much in this country,” was the reply.

So I'm wondering if Jimmy encountered the same guy. The Stuff story contains this gem:

“I flew into Auckland not long after the Cup and I was convinced that the customs guy wasn't going to let me through,” Spithill said earlier this year. I walked up to the window and I got about 20 feet away and he goes 'turn around, you're not coming in'.”

You can read the full story and see the other “villains” here.