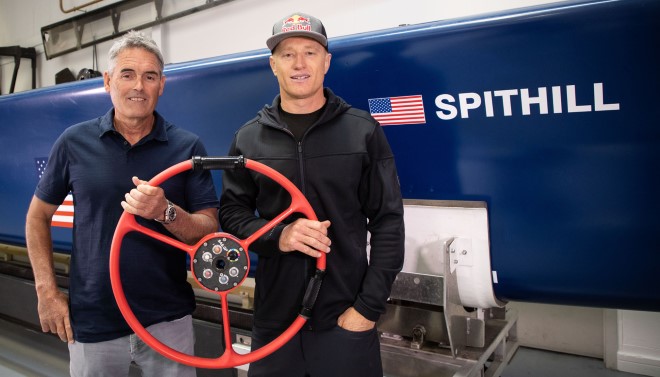 The Aussie battler says he’s thrilled to be back in the class that competed for the America’s Cup in Bermuda, but says he has a lot of work to do if he’s to be competitive.

Jimmy Spithill is thrilled to hop back into the supercharged F50 but admits his work is cut out coming to grips with the upgrades to the racing class originally designed for the America’s Cup.

“It’s really cool coming back to these boats,” the multiple world and America’s Cup champion told The Seattle Times. “They’re a lot of fun and they’ve taken a significant step forward in terms of the upgrades in the foils and the wings.

“It’s pretty cool but it’s really, to be honest, almost starting from scratch. I’ve really got to relearn everything, and we’ve got a new squad together.”

Spithill last competed in the 50-foot foiling catamaran as the helmsman of American defender Oracle Team USA who were stripped of the Auld Mug by Emirates Team New Zealand at the 35th America’s Cup, which Bermuda hosted in the Great Sound in 2017.

The wing-sailed high-performance boat, the first to hit 50 knots during racing, has since been upgraded and rebranded as the F50.

They now have two grinders instead of four, a designated flight controller and have been modified to one-design specifications to ensure a level playing field in their new role as the racing class for the SailGP.

Read the full story at the Royal Gazette.