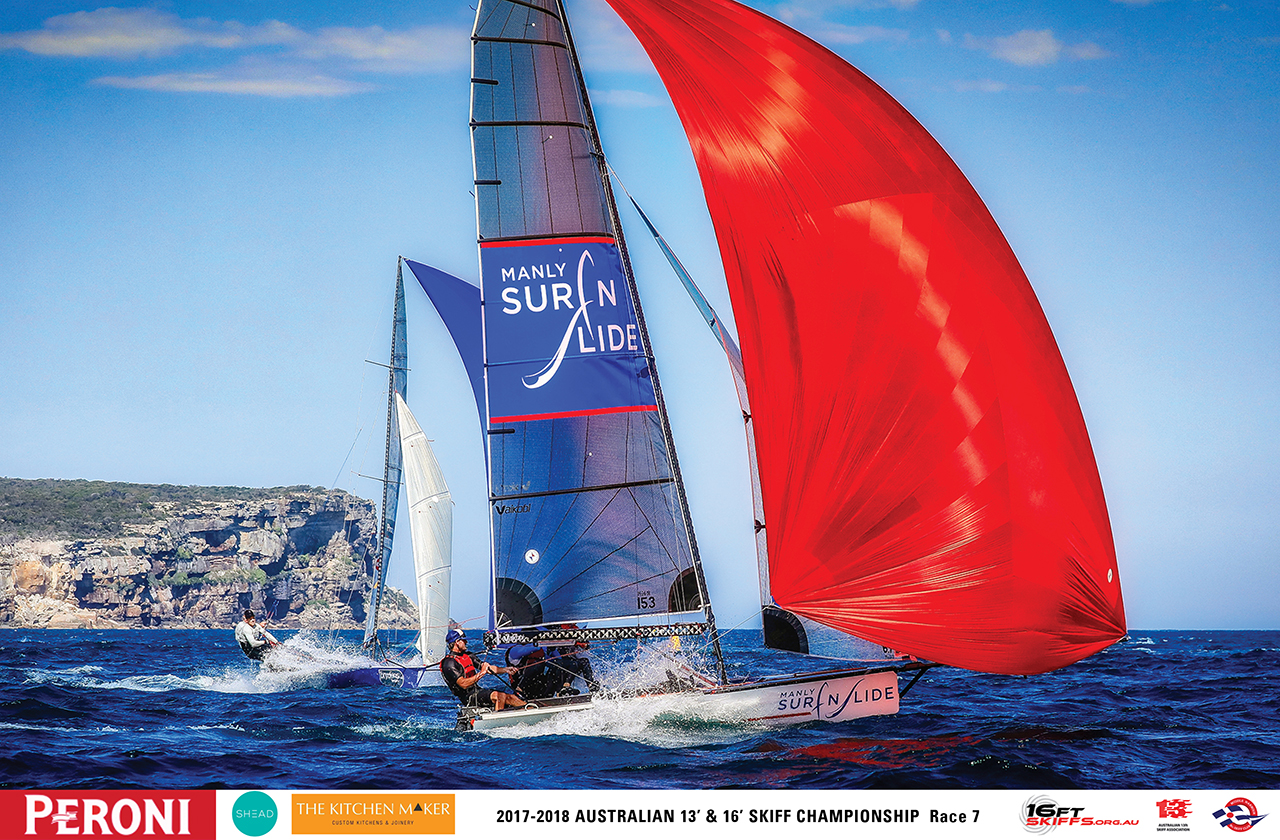 The temperature hit 35 plus degrees in the sun and that was agony as the crews waited to get a final start for almost three hours. With the breeze literally switching thru 180 degrees of the compass, to their credit the race committee waited just one minute before the official cut off time to lower the AP flag to get the race away.

On cue Sydney Harbour delivered with a 15 knot North Easter to see the fleet scream to the top mark.

Where we reported yesterday it was supposed tp be a three horse race for the title; very quickly it became a battle Royale with Sutech buried at the start, and for them it was game over.

It was a classic match race with Manly Surf n Slide taking the lead with Brydens in hot pursuit. It stayed that way to the finish and that was reflected in the overall result. Manly Surf n Slide winners of the championship with the final result split by a mere 3 seconds from Byrdens.

Taking Bronze were the lads from Sutech, but not far behind was TJS and Southern Beaches Rugby and Growthbuilt. The results page lists the rest of the champions in hot pursuit.

Whilst in the 13 foot class it was “Mighty-Mite” who took the lead from the beginning and they protected their position to ensure they went home with the silverware; closely followed by Bartley Construction and Big Foot rounding out with the Bronze medal for third overall.

As we have repeatedly reported, the gap in the 13 class was so small in elapsed time; we have the future of the class well in hand.