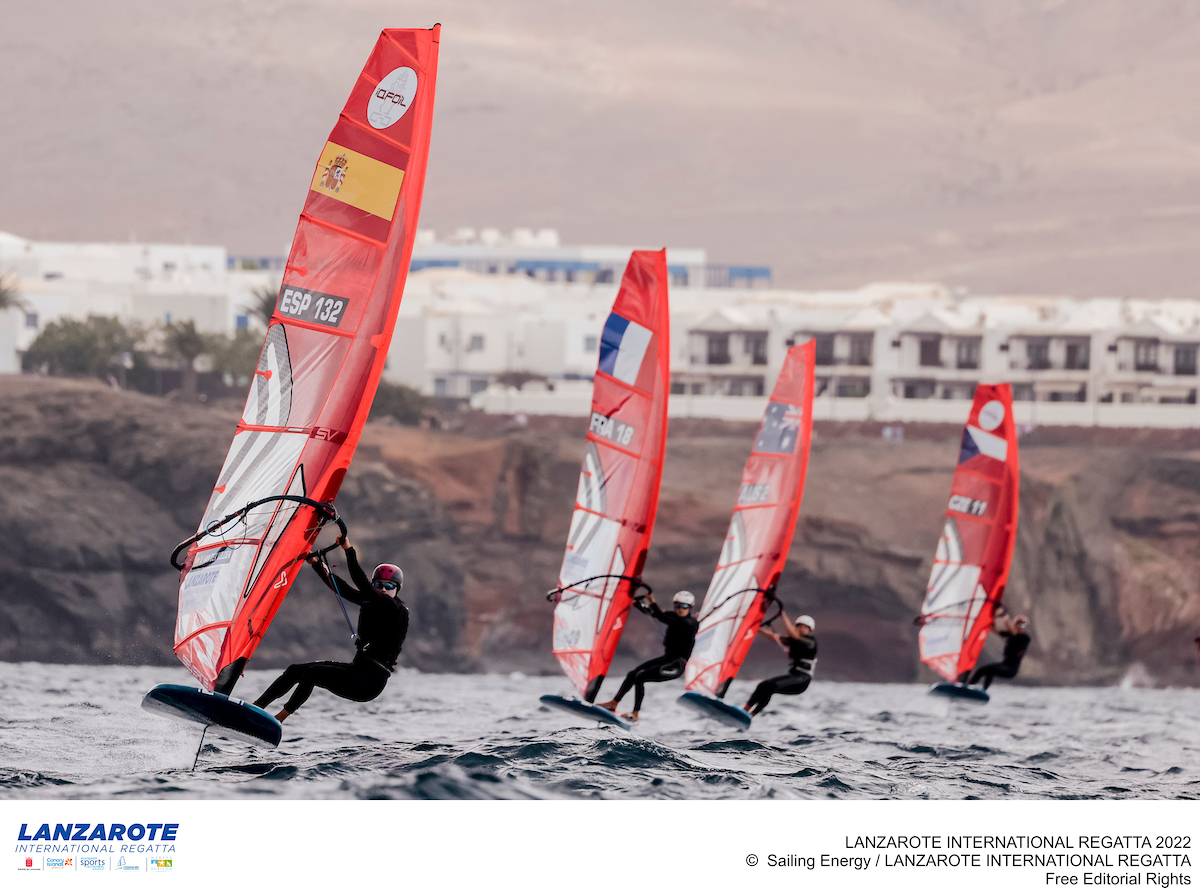 Winds ranged from 10-16 knots, with flat sea with little wave, spectacular for slalom racing. The third day started with the men’s races, led by the Dutch Huig Jan Tak, who won three out of three slalom races, and a ninth place in the course race. “It was a very long day, but for me it was fun, with good speed, starts and tactics,” said the Dutch sailor.

In the Spanish entries, the Canary Islander Angel Granda stood out. He remains in the top 15, but will need to be in the top 10 to be able to compete in the medal race.

“Today we have been in the water for a long time, I had good starts, but I lacked speed,” Granda said. For the Canarian sailor, the change to the iQFoil class has been “quite hard”, since in the RS:X you should weigh over 70 kilos, but the iQFoil requires you to weigh between 90 and 100 kilos. “The heavier you weigh, the faster you go, since you put more power to the foil,” Granda said. “The Canary Islands is one of the best places to practice sailing, we are already seeing it here with so many competitors in Marina Rubicón.”

In the women’s iQFoil division, it is England’s Islay Watson whose dominating the classification, followed by the French Lola Sorin and the Italian Marta Maggetti. And the weather in Lanzarote has surprised the sailors, after a morning sailing calmly in zigzag, the wind shifted from the northeast to north, so it become a very unstable onshore wind, causing many disqualifications. Local favourite, Andalusian Pilar Lamadrid, who, despite a disqualification in the first race, managed to stay in eighth place.

For the men and women’s iQFoil finals this Tuesday, two more course races are planned, in addition to the medal races. “We need six races completed before the medal race,” explained Alejandro de Juan González, secretary of the Canarian Sailing Federation.

The Canarian Sailing Federation organised the Lanzarote International Regatta together with Marina Rubicón and Dinghycoach.