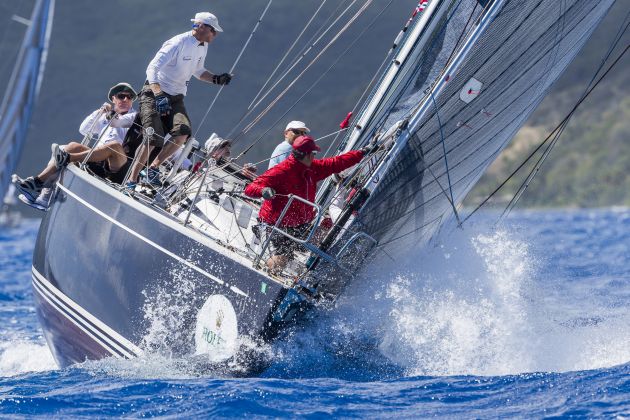 From the moment the Cruising Yacht Club of Australia opened entry into the Rolex Sydney Hobart Yacht Race, owners were committing their support, among them three international entries, starting the ball rolling on the country’s most celebrated yacht race.

New Zealander Jim Delegat and his V70 Giacomo have been down the 628 nautical mile track twice before, and says: “The boat has arrived in Sydney and we will be spending the offshore season racing there as we prepare for the Sydney Hobart.”

However, for Sweden’s Jonas Grandr and his J/109 Matador, and American Joseph Mele with Triple Lindy, it will be a first when they contest the 72nd running of our race.

Mele, who named his Swan 44 MKII after Rodney Dangerfield's famous dive in the movie ‘Back to School’, is a vastly experienced yachtsman.

“In the past year we competed in the Marblehead to Halifax Race and Key West Race Week and finished second in class both times. At Charleston Race Week, we finished first our class, but retired from the Newport to Bermuda Race after suffering severe damage to our upper mast. A new mast is being fabricated now,” Mele said from New York.

Mele has previously contended three other Newport Bermuda Races, four Marion Bermuda Races, the 2015 Caribbean Rolex Swan Cup and Les Voiles De St Barth and more. He said the boat would be shipped from the USA in early October by Sevenstar.

“My crew consists of three from the USA including me, six from Canada and one from the UK. None of us have raced in Australia before. I felt that after several ocean races together we were ready to undertake an exciting year of some of the best ocean races in the world. The entire crew jumped at the opportunity to do the Sydney Hobart Race as our first.

When the race is over, Mele says Triple Lindy will take advantage of all that Tasmania offers in the way of cruising before being shipped to Europe for the 2017 Rolex Fastnet and Rolex Middle Sea races.

“All of our families are very excited to be accompanying us Down Under.  For most, it will be a first time in Australia,” said Mele, who is hoping to do the New York Yacht Club proud.

The 2015 Rolex Sydney Hobart generated a record 27 international entries and continues to captivate yacht owners around the world. Five months out from the start, the CYCA has already received 37 entries.

The start of the Rolex Sydney Hobart Yacht Race will be broadcast live on the Seven Network throughout Australia.