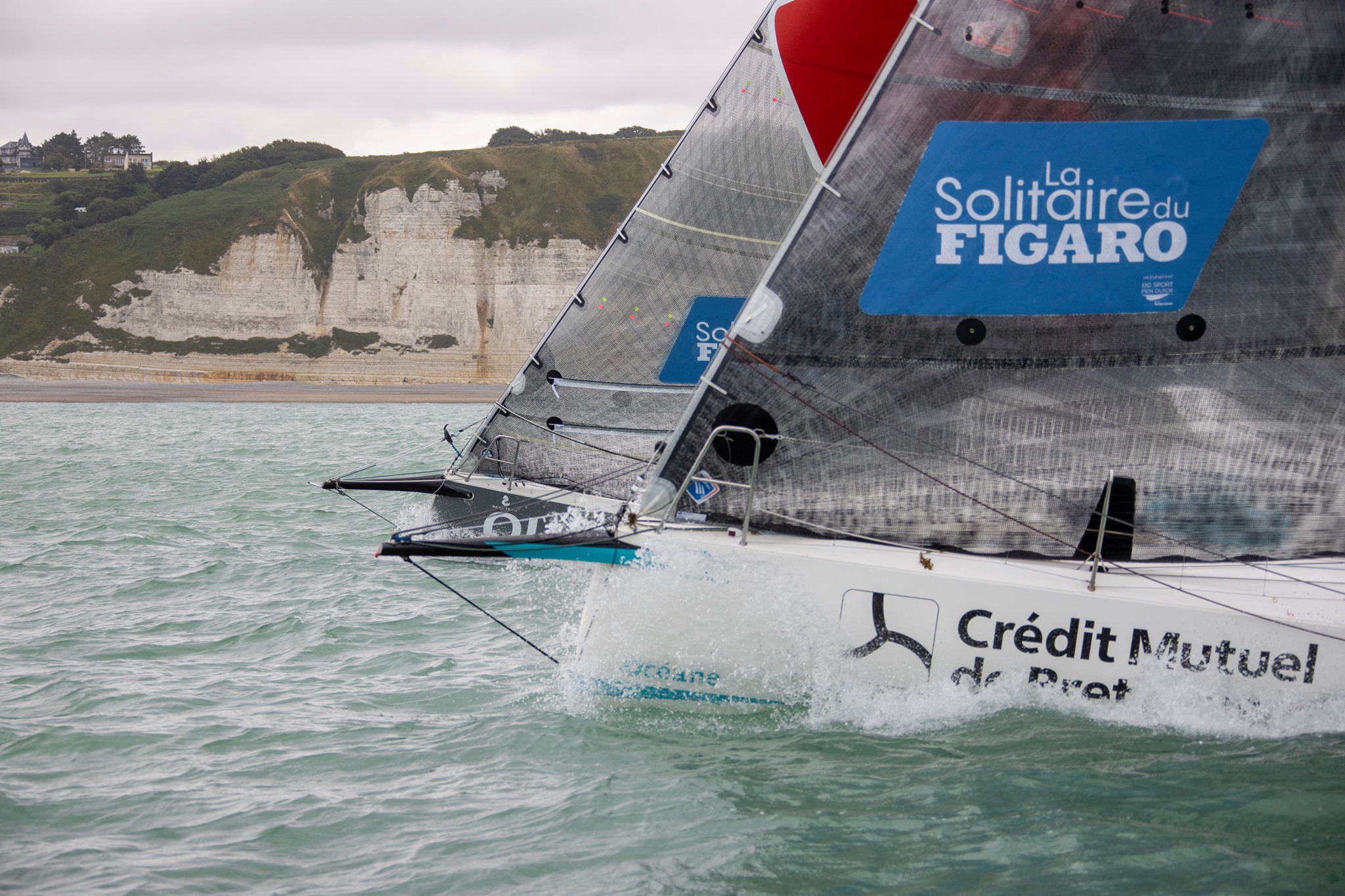 Eleven sailors are competing in the race for the first time. Pic - Alexis Courcoux/Christophe Breschi

There are four international rookies among the 11 sailors who are taking on La Solitaire du Figaro for the first time; and as well as all originating from different countries all of them have different sailing backgrounds and cultures.

Thirty-three-year-old Italian-American Francesca Clapcich (Fearless-State Street Marathon Sailing) was an Olympic sailor who went to two Olympic Games and was the 49er FX World Champion in 2015 before she raced the last Volvo Ocean Race with Dee Caffari and Nicolas Lunven on Turn the Tide on Plastic.

Francesca Clapcich (ITA/USA Fearless-State Street Marathon Sailing) said, “This is the hardest racing I’ve ever done. It is amazing how difficult this race is. The 34 skippers who do this race give everything from start to finish. They never give up, even a metre here or there. It’s very hard to participate, especially for the rookies. We didn’t really have the opportunity to train much in France and for me to compare my speed to other boats. This is what makes it really difficult for me because sailing the boat to the maximum of its potential requires so much effort.

The Solitaire du Figaro is for me a race of extremes where emotions range from laughter to tears. Even though I am generally happy with the way I managed my sleep on these first two stages I was really, really reaching deep into my resources, I no longer heard the alarm and was dreaming that I was ashore. But I was sailing and that caused a little panic when I woke up. The exhaustion sometimes blurs the lines between dream and reality.”

She only took up short handed sailing two years ago when she and Rhode Islander Jesse Fielding paired up to the campaign for the proposed mixed doubles offshore Olympic discipline. They have trained together extensively at home on the Figaro Beneteau 3 but only managed a couple of months of training in France before the start of this race. Fielding, 34, came through the Morning Light offshore training programme but has gone on to race most of the blue water fully crewed classics but is new to solo sailing.

Jesse Fielding (USA, Opportunity-State Street Marathon Sailing) said, “It is both better and worse than I anticipated in different ways. The on-board challenges, the list of them is everything I thought it would be. The load on each aspect is five times what I thought it would be and they come at you all the time, the psychological load is there all the time. In one word it is relentless.

As a Solitaire rookie and a solo sailing rookie there is always a level of underlying stress, there is the ‘shit here I am on my own, there are rocks and buoys and I just need to be sailing safe as a safe navigator’ all the time and then there is racing. I need to make sure that I am in safe places all the time, there is a constant stress level. But it is getting better all the time.

England’s 26-year-old David Paul (Just a drop) graduated through mid-level dinghy racing to compete on the RORC crewed races out of the Solent with some success. His smart move has been transitioning to learning his solo racing in a French programme with the Team Vendée Formation out of Les Sables d’Olonne.

And Pep Costa, 22, from the seaside resort of Casteldellels, just west of Barcelona is a successful Mini sailor from the Catalan capital’s FNOB project. He started in the Figaro Beneteau 3 in March but immediately did the Transat en Double with Will Harris and so has maximised his miles before solo training. He is the best placed if the international rookies so far after finishing 19th on the second leg.

Pep Costa (ESP, Cybele Vacances-Play to B) said, “Actually I am happy with my race so far. In most respects it has gone better than expected but it really is an incredible race. It is very intense, you are full on busy all the time. I have had many good moments, I like the close racing… to be sailing alongside good guys like Tom Dolan and Nils Palmieri was so good.

My worst moment was nearly losing the big kite on the first downwind on the first leg. That was super tough. I just want to keep learning right now and my aim is to do better on each successive leg, which I have managed to do. That’s the goal.”