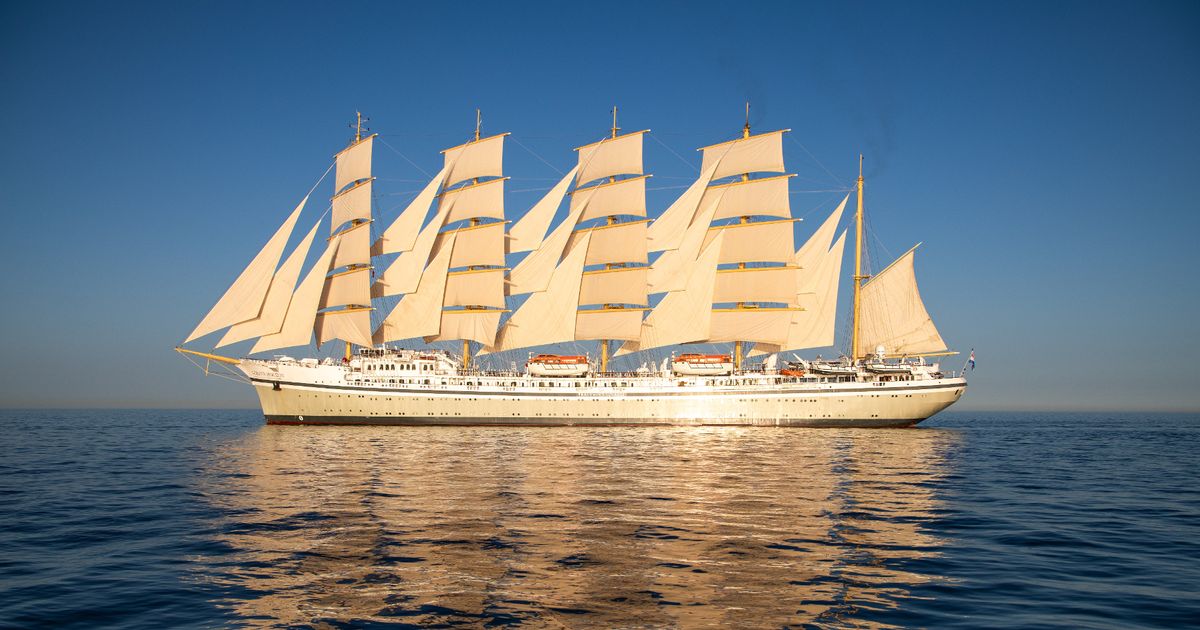 Golden Horizon is the world’s biggest commercial sailing ship and it makes for a pretty special cruise holiday. Dave Monk headed on board to see what’s on offer.

To stirring music and the backdrop of a crescent moon in a sunset-streaked sky, the sails began to unfurl and my voyage on the world’s biggest commercial sailing ship had begun.

As we gently glided out of the harbour in Portland, Dorset, it was clear that a journey on the new Golden Horizon was going to be very different from a normal cruise.

The water seemed to lap against the hull rather than being churned up in the wake. Wherever possible, the 530ft-long square rigger – a near replica of a 1913 ocean vessel – will be propelled by wind rather than fuel.

Everywhere on the top deck were ropes (we were told to call them lines), pulleys, winches, blocks and capstans. And, of course, the five 200ft-high, gold-coloured masts and their 35 sails, which, combined, would cover the area of a football pitch. The ship can actually go faster by natural propulsion than with engines.

The Polish captain, Mariusz Szalek, is certainly pleased to be in charge of such an iconic ship. Szalek said, “I’m not stuck in a glass cage like captains on big cruise ships. Here, you really need to be involved with the operation all the time, it’s much more demanding.

“I’m sailing because I love sails. I started when I was a kid and even when I go home, I race dinghies on a lake. Kitesurfing, windsurfing, whatever it is – if it has sails, I’m on it!”

For the full story, see: https://todayuknews.com/uk-news/inside-the-worlds-biggest-commercial-sailing-ship-and-you-can-book-holidays/