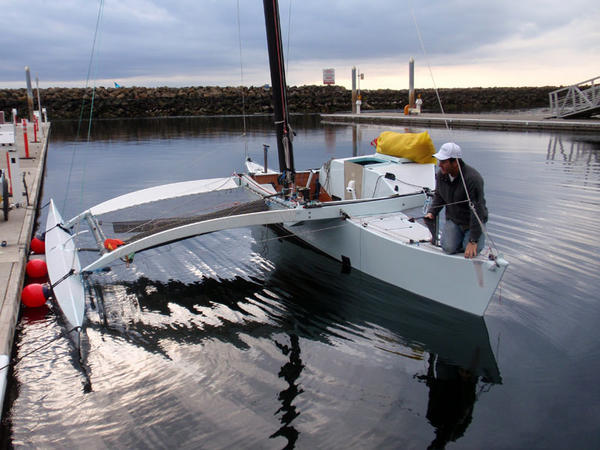 A souped-up paddle board, custom rowing craft and high performance, carbon fiber sailboats are just some of the eye-catching entries in the inaugural Race to Alaska.

An unexpectedly large group of adventure seekers will launch on June 4 from Port Townsend, Washington, and race up the Inside Passage to Southeast Alaska. It will take endurance, self-reliance and a great deal of saltwater know-how to win since only non-motorized boats are allowed in this race.

Thirty-five teams have entered the full race from Port Townsend to Ketchikan. “There are way more people in the race than we thought,” marveled race organizer Jake Beattie. “Originally, we thought we might get ten teams.”

The race starts with a long open water crossing to Victoria, which will serve as a qualifying leg. Racers who make it to Victoria's Inner Harbor within 36 hours without assistance can continue. The racers will restart at high noon on Sunday, June 7, and continue to Ketchikan. There are two mandatory checkpoints along the way, the first at Seymour Narrows and a later one at Bella Bella in northern British Columbia.

Jake Beattie's business card identifies him as the “Lead Conspirator” for the Race to Alaska. His actual day job is director of the nonprofit Northwest Maritime Center. Beattie said the 750-mile boat race was in large part his idea.

And one of his principles is to keep things simple with as few rules as possible.

“Get a boat without an engine, any boat, doesn't matter what size or number of crew. Be self-supporting, meaning that you can't have pre-arranged support or boats chasing you around to fix you if you break,” Beattie said. “Start in Port Townsend, finish in Ketchikan. If you're first, we'll give you $10,000. If you're second, we'll give you a set of steak knives.”

Everybody else gets a t-shirt.

Continue reading here, including the Proa that doesn't tack or gybe.