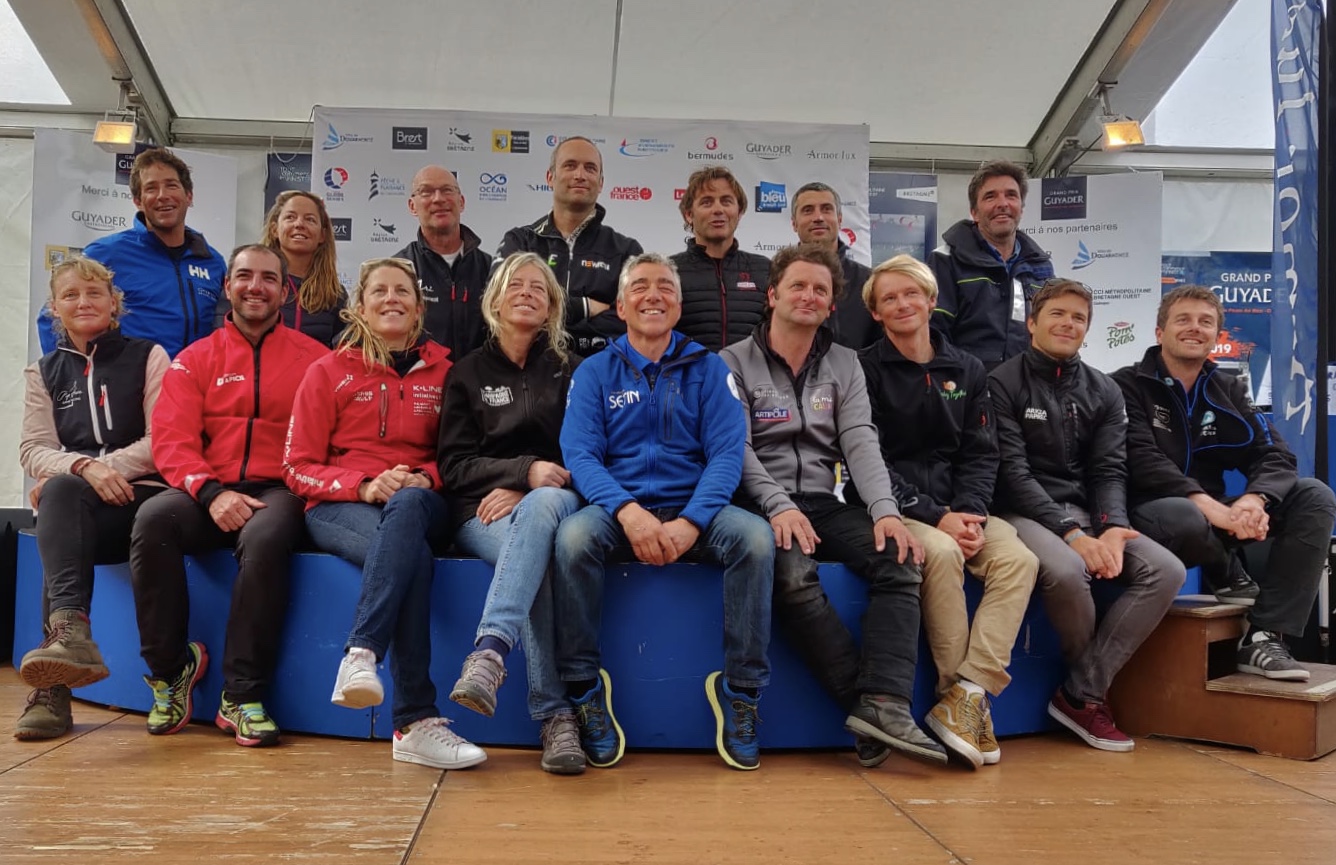 It will be at 1700hrs tomorrow (Thursday 9th May) that the Bermuda 1000 Race will start from Douarnenez. This is the first event on the Globe Series calendar in 2019. Postponed because of a violent low-pressure area, the start gun for this 2000 mile race will send the 17 solo sailors on their way to achieve their various ambitions.

Initially scheduled for 1300hrs on Wednesday 8th May, the start of the Bermuda 1000 Race was postponed by 28 hours. “Our idea is to send the racers on their way in quieter conditions, after the violent low-pressure system which is reaching Brittany, has passed,” explained Jacques Caraës, the Race Director. “The Bermuda 1000 Race from Douarnenez-Brest is the first race of the season in the IMOCA circuit. Some of the boats were only recently relaunched and for seven sailors, this is going to be their first solo IMOCA race.”

On paper, four sailors appear to have what it takes to be referred to as the favourite. In the Guyader Grand Prix over the past few days, British sailor, Sam Davies was successfully able to try out her huge foils with a crew. If she manages to make good use of them when sailing solo, she will be a very serious contender.

Currently fourth in the Globe Series, Boris Herrmann can hope to take the lead in the championship in the absence of the three sailors ahead of him in the rankings (Paul Meilhat, Yann Eliès and Alex Thomson). The German skipper has sailed a lot on his foiler. Confident and methodical, he is certainly one to watch in this race.

Sébastien Simon is taking part in his very first solo IMOCA race with the Bermuda 1000 Race. However, he recently completed two transatlantic crossings (one sailing double-handed and one as if sailing alone), before winning the Guyader Grand Prix. Is he about to confirm his full potential in this race?

As for the experienced sailor, Yannick Bestaven, 2nd in the Guyader Grand Prix with his crew, he is also on the way up and really wants to perform well on his first solo race aboard his foiler.

Currently ninth in the Globe Series rankings, Fabrice Amedeo has had a wealth of experience in the IMOCA class and his boat should allow him to raise his sights. Also well placed in the Top 10 in the Globe Series, Stéphane Le Diraison, Damien Seguin and Arnaud Boissières have a lot going for them and they have the means to do well. If they perform particularly well, they may indeed move up the rankings in the IMOCA World Championship. Everything is looking very positive for Ari Huusela, 11th in the 2018 Route du Rhum. If he achieves what he has already shown he is capable of doing and completes the Bermuda 1000 Race, he will be taking another step forward on his journey towards his main goal. In 2020, he wants to become the first Finnish sailor in the history of the Vendée Globe.

With her emblematic IMOCA, which was first launched in 1998, Alexia Barrier (15th in the 2018 Route du Rhum) will be fighting hard with what she has available to her and will be able to count on her very reliable boat during the long, demanding Bermuda 1000 Race.

Clocking up their first miles

Six sailors have not yet started clocking up the miles on their way to the 2020-2021 Vendée Globe: Maxime Sorel, Giancarlo Pedote, Clément Giraud, Miranda Merron, Denis Van Weynbergh and Pip Hare. All of them with the exception of Miranda Merron are sailing solo for the first time in the IMOCA circuit. For each of these competitors, the main goal will clearly be to find their feet and to complete the course. But as they are all keen racers, they will almost certainly get caught up in the competition itself…