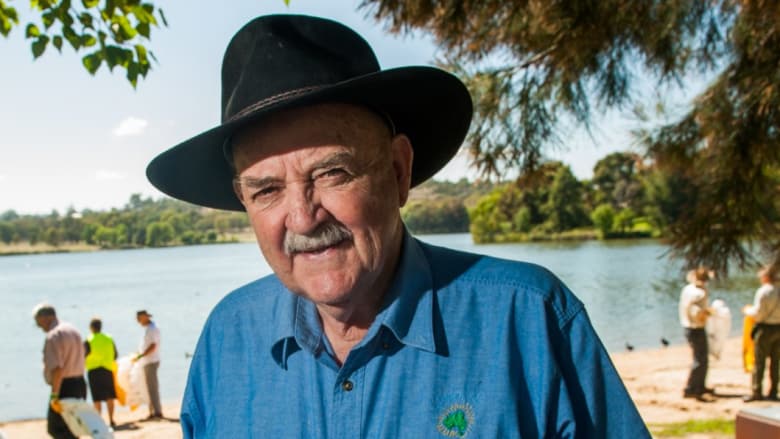 Chairman and founder of Clean Up Australia

Ian Kiernan, a man who was inspired to co-found Clean Up Australia after competing in the BOC solo around-the-world race in 1986/87, has died of cancer, aged 78. He also competed in 13 Sydney Hobart Races and represented Australia at the Admiral's Cup.

His 13th Hobart, skippering his classic yacht Sanyo Maris, was in 2008 but unfortunately the boat was forced to retire with a broken gooseneck. Ian had a wealth of ocean racing experience on Maris, including a win in Division F in the 1997 Sydney Hobart Yacht Race, winner of Division F and Veterans in 1995 Sydney Gold Coast and second on corrected time for the 1999 Lord Howe Island Race.

But it was his crossing of the Sargasso Sea during the BOC race that he became disgusted with the state of the oceans and determined to do something about it.

In his autobiography “Coming Clean” he comments:

First a rubber thong, then a toothpaste tube, a comb, a plastic bag. As Spirit cut through the almost glass-like sea, propelled by the lightest of breezes, the rubbish popped up on both sides of the bow.

What I saw in the Sargasso Sea helped put into perspective a number of issues I’d been thinking about for a long time.

Perhaps for the first time, as I climbed through those latitudes, it occurred to me that if I could keep a bag of garbage down below, surely a million recreational sailors around the world could do the same. Each one of us just had to come to the understanding that one person could make a difference.

After being ignored by NSW poiticians, he approached Kim McKay, now CEO of the Australia Museum, to co-found a clean up day on Sydney Harbour.

A year later, the campaign went national and more than 300,000 people took part. Never a small thinker, Ian then took it international with Clean Up the World Day, involving an estimated 30 million people in 80 countries.

His co-founder Kim McKay told the ABC that Kiernan “lived life hard and lived it well”.

Kiernan was Chairman of Clean Up Australia and Clean Up The World. He is survived by his wife Judy and daughters Phillipa and Sally.