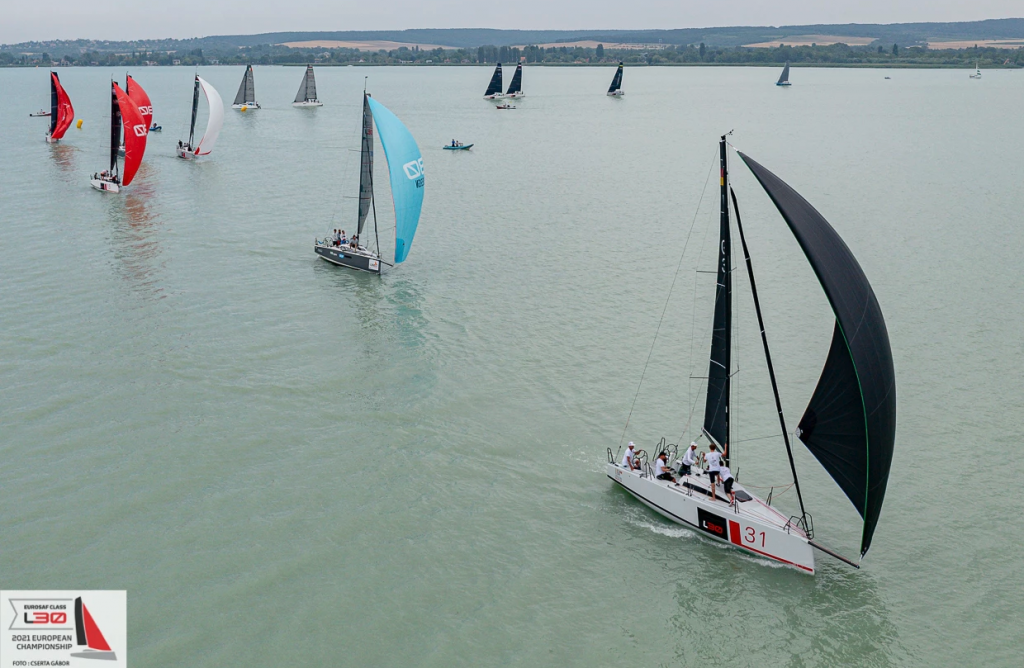 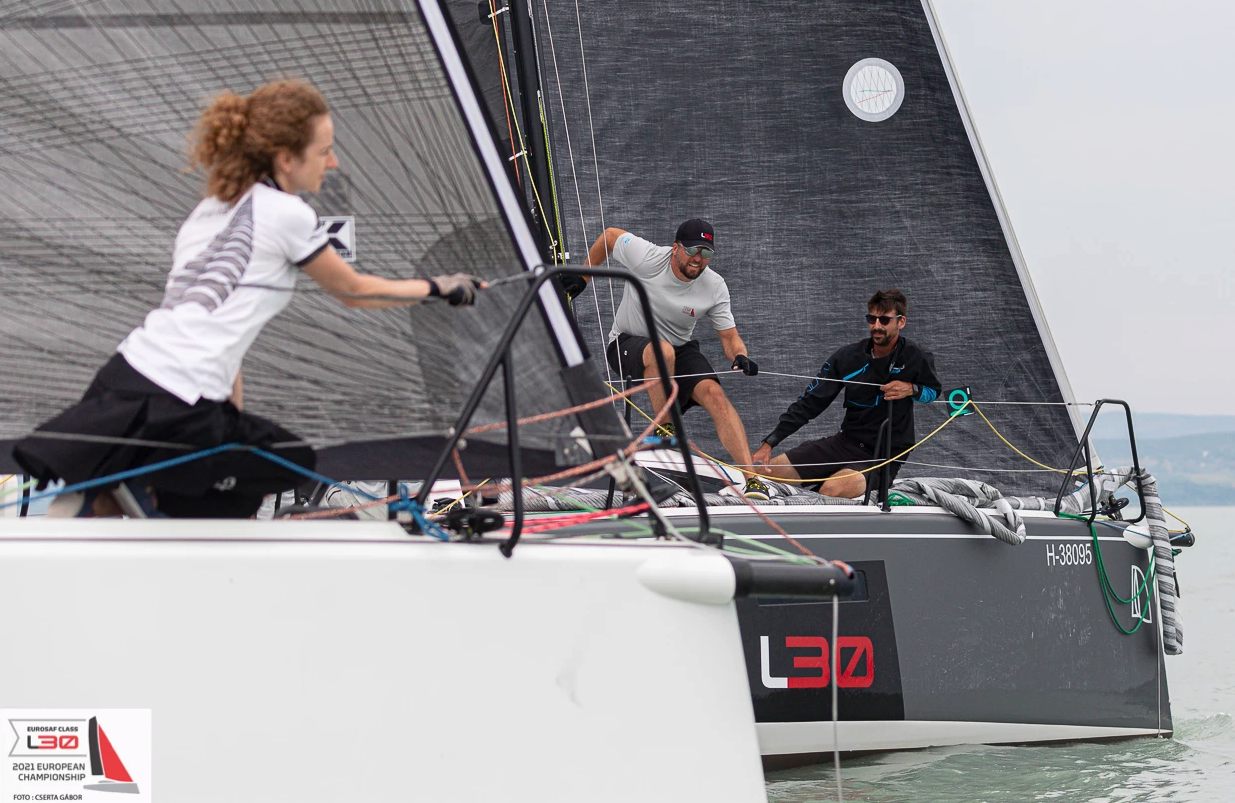 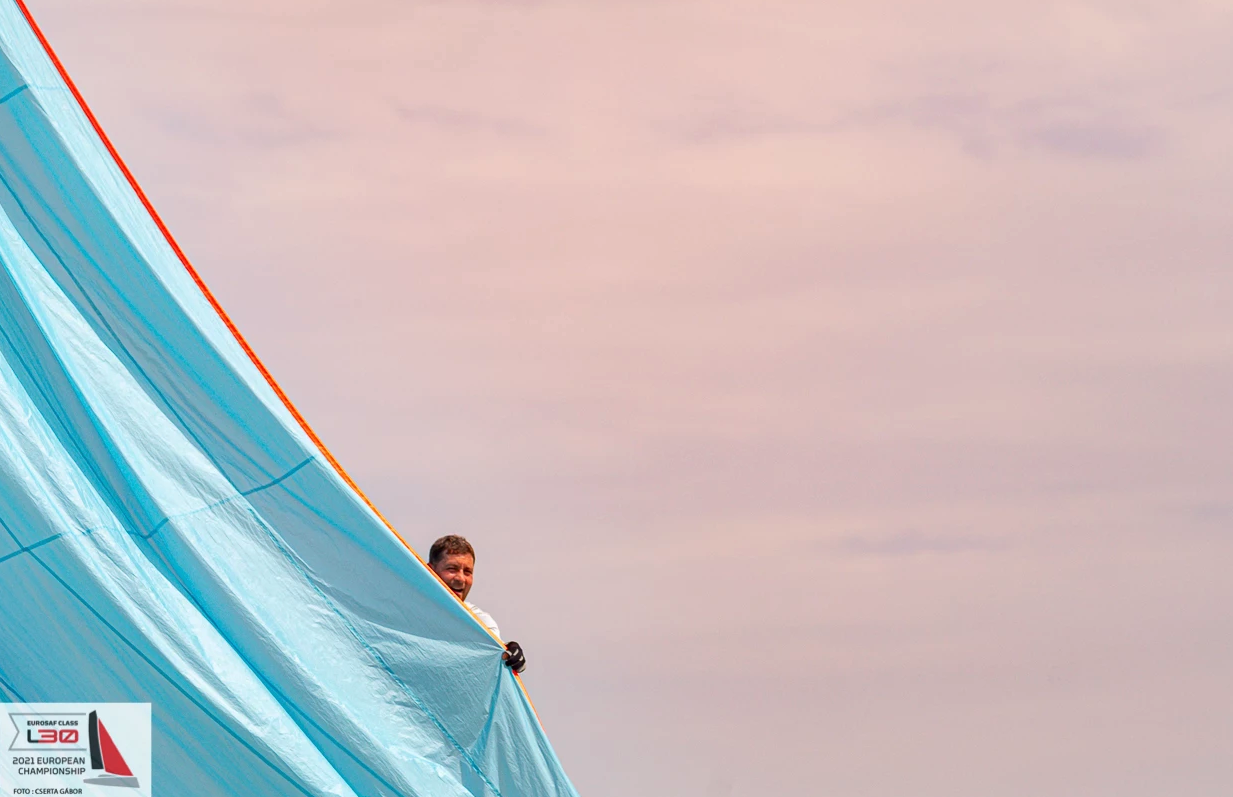 For its fifth continental championship, the L30 Class continues its growth with several new teams joining for the 2021 edition. Given that the Rodion Luka and Anrej Justin-designed L30 yacht is easily trailerable, it is no wonder that the class spreads to even more countries. Now among the 14 crews that officially entered the event, there are eight nations and most of the crews are a mix of pro and amateur sailors.

Five local teams led by the Dragon Class European medalist Peter Tenke represent Hungary. The mixed male/female crew IRL7 is headed by the Irish 49er Olympian Fraser Brown. Also, the 49er Olympic medalist Georgiy Leonchuk is coaching the newcomers that entered as ISR team.The Finn class Ukrainian Squad member Andii Husenko is calling tactics in the pro/am team UKR12. ORC European Champion Witold Jankowski is well familiar with the L30 class as he already sailed several class events before. At the 2021 Europeans, Witold is a member of the Polish entry. There are many prominent sailors in the German and Swiss teams as well.

The official practice race on 17 July rounded off several days of preparations when crews were polishing their skills in view of intense racing that followed the next day. Surprisingly, the heat that was grilling the venue for several days has given way for modest +25C and shifty winds on the Race Day 1. In fact, the Race Committee managed to squeeze in only two races out of three planned before the wind completely died.

The first race saw several lead changes. The Attila Bakonyi’s crew HUN307 “Tranquilo” was leading from the start but had to clear the keel from weed and therefore lost several places. Nevertheless, the Hungarians finished fourth. The following race was more successful for them – they finished second.

“Balaton is a fantastic place to race, the weather here Is changing often so you have to keep an eye on the conditions and be ready to adjust the settings”, said Bakonyi. “For instance today we had several head sail changes – from jib to reacher, then to Code 0 and back. Anyway, we are happy with the result”.

Eventually, the first race went to Peter Tenke’s HUN308 Present Perfect team. Using the skills of the experienced crew and strong local knowledge, the Hungarian accomplished sailor managed to maintain his lead. In the second race, Tenke’s team finished third and reassured the competitors that his crew is among the favourites. With this, the HUN308 topped the results after the first racing day, followed by the HUN307.

“We have had intense training during the past days, so we checked all the boat’s settings”, Tenke comments. “So far we are happy with our performance, we had a good start and our speed is competitive. We hope to maintain our position although the competition is hard”.

“This is our first international L30 event and we are happy that we managed to post such a great result,” Wagner said. “I received my new L30 yacht just recently and I am happy to race again”.

With forecasted stronger breeze, the second day of the EUROSAF L30 Europeans looks more promising and three to four races are planned.

The EUROSAF L30 class European Championship is held from 16 to 20 July 2021 with support from Robline Ropes and Pauger Composites.