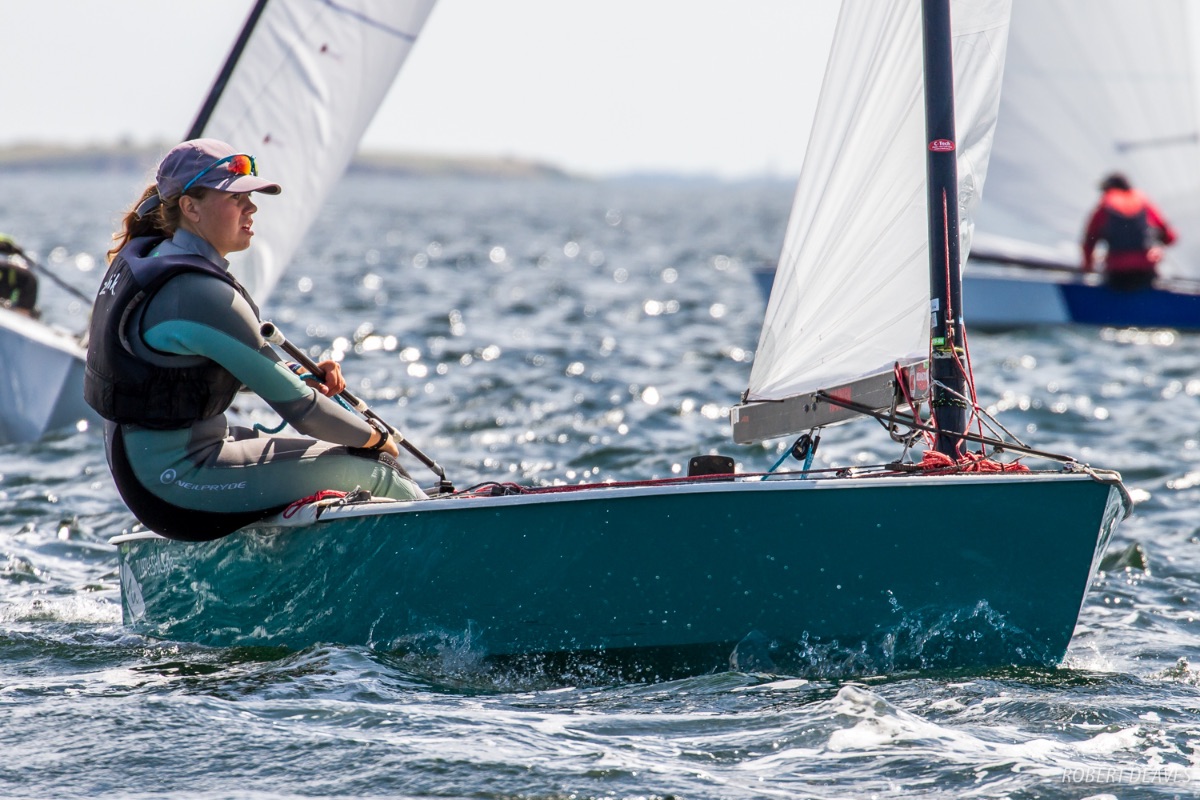 Olympic champions, America’s Cup winners, round the world sailors and a host of former world champions will go head to head next week when the Symonite 2019 OK Dinghy World Championship gets underway at Wakatere Boating Club on Auckland’s North Shore.

Around 110 OK Dinghies are expected to be competing in the largest event the class has ever held outside Europe. It has attracted a hugely diverse group of sailors, of all ages and experience. The OK Dinghy class is healthier today than at any time in the past 40 years and this shows with the big numbers and also the calibre of the sailors the class is now attracting.

In Part 1 of this preview we looked at some of the Kiwi sailors anticipating a record-breaking event on home waters, but what of the many visitors?

When talking of favourites, one of the main talking points will be the current European Champion, Fredrik Lööf, from Sweden. Lööf needs little introduction, following his return to the OK Dinghy last year, after a 30-year break. He finished a close second at the 2018 World Championship in Warnemünde, Germany, but followed that up with a win at the European Championship in Bandol, France. He will certainly be looking to go one better in Auckland next week and will start as the favourite, especially with current world champion, André Budzien, from Germany, not defending his title.

Lööf admits to not having done much practice though. “I have done only one day sailing in the OK since the Europeans when I checked my new Green sails with Jörgen Holm in Denmark before loading the container. I have a new C-Tech mast coming. It’s a very similar bend to the one I had at the Worlds last year, but I also have the Ceilidh mast from the Europeans. This is a good mast too. I also got a new sail for this mast so that should be a very good combo.”

While Wakatere Boating Club is hosting the championship, the racing will take place off Takapuna, a short sail to the north. He remembers training off Takapuna back in his Finn days.

“I sailed a lot in New Zealand from 1994 to 1996. I trained mainly with Dean Barker but was spending time with my old friend Craig Monk too. Leith Armit was also joining us at times. There are two dominating wind directions, a more shifty breeze from the south-west with quite flat water and then the sea breeze direction from the north. I think we will see a variety of conditions and it could be quite a tricky regatta.”

He has also brought his son, Victor, with him. Lööf explained, “As you get older the family gets more and more important. My youngest son Victor has a strong passion for sailing and I want to support him. That’s why we came to New Zealand for five weeks. I find it hard to stay away nowadays but it’s a completely different story when I can do something together with Victor. What’s important though is that he is driving forward himself. Victor just sailed the Eastern Beach Camp together with 45 other kids. It was a fantastic camp with great coaches and it was nice to spend some time just catching up with Opti parents and get their point of views.”

“I’m not very experienced as a Opti parent or coach but found it really fascinating the different style in coaching and reaching out to the kids in the best way. I have two older kids back home doing show jumping and I find it really interesting to follow them and try to help them as much I can with my experience.”

Lööf will have a hard task to claim the title he came so close to winning in 2018. As well as the strong Kiwi team, the man who so nearly won on home waters in Germany, Jan Kurfeld, will be sailing, as will former European champion, Jørgen Svendsen, from Denmark, and former world champions Roger Blasse, from Australia, Greg Wilcox, also world No.1, and Thomas Hansson-Mild, from Sweden.

The age range of competitors is truly representative of the lifetime sport that is sailing, with sailors from 18 to 72 years old. The youngest sailor is 18-year old Maja Hansson-Mild, who is travelling to New Zealand with her father, the current world ranked No.3, Thomas Hansson-Mild, with whom she has been doing some last minute training in some positively wintry conditions at their club, SS Kasparen, near Gothenburg.

Maja is already an experienced sailor, and a Swedish junior champion, but this will be her first OK Dinghy worlds.

“Right now I'm going to the national sports school in Motala where I sail as much as I can. I love to race and try to sail as many classes and boat types as I can, including Laser and 29ers, to get as much experience as possible. My long-term goal is to participate in an Olympic Games, but when the chance came to go down to New Zealand I took it. I have received a lot of support to make it possible.”

She will not just be competing for the Ladies and Junior prizes, but, “It will be super fun to sail in the class but I am sailing to beat many of the old men, and if I get the chance I won’t hesitate to put the squeeze on my dad.”

Only one man has won five OK Dinghy world titles and he is back after a two year break, unable to resist the temptation to sail in New Zealand during the British winter, despite feeling slightly out of practice.

“I have only sailed an OK just a couple of times since Barbados [in 2017]. I'm doing half the sailing I did in my young and single days, though still a fair bit, but have been mainly focused on two people boats over the last couple of years. I can jump into some boats and be competitive after not too long, but the OK is not one of those boats, which is why it is so satisfying when she is right, but I expect to be well off the leading pack. Escaping the freezing UK and drinking beer with old friends will ease the pain of the beating that is coming.”

“But I am really looking forward to the Worlds. With 110 pre-entries, New Zealand is set to deliver the fantastic mix of highly competitive racing at an amazing venue in a really friendly fleet, which the OK is famous for. The growth of the OK is remarkable; we could have another 110 entry Worlds in Europe almost with a different set of people. The OK used to be a hidden gem; no longer.”

After winning his previous world titles in three different hulls, Craig has switched to a new hull for this year’s event. “I will be sailing an Ovington hull, with a Ceilidh mast and an HD sail. My choice was based on chatting to friends and keeping an eye on the results over the last couple of years. The couple of times I have sailed, the Ovington hull was really good and quick out the box. Bring it on.”

The 2019 Symonite OK Dinghy World Championship runs from the 7-15 February with the first races scheduled for Sunday 10 February. Many of the main challengers here have not met each other so far on an OK Dinghy race course, so it is going to be a fascinating title fight.

However, before all that, there is the New Zealand National Championship to be decided over the coming weekend, with around 70 entries so far, which will give a good indication of form going into the world championship.