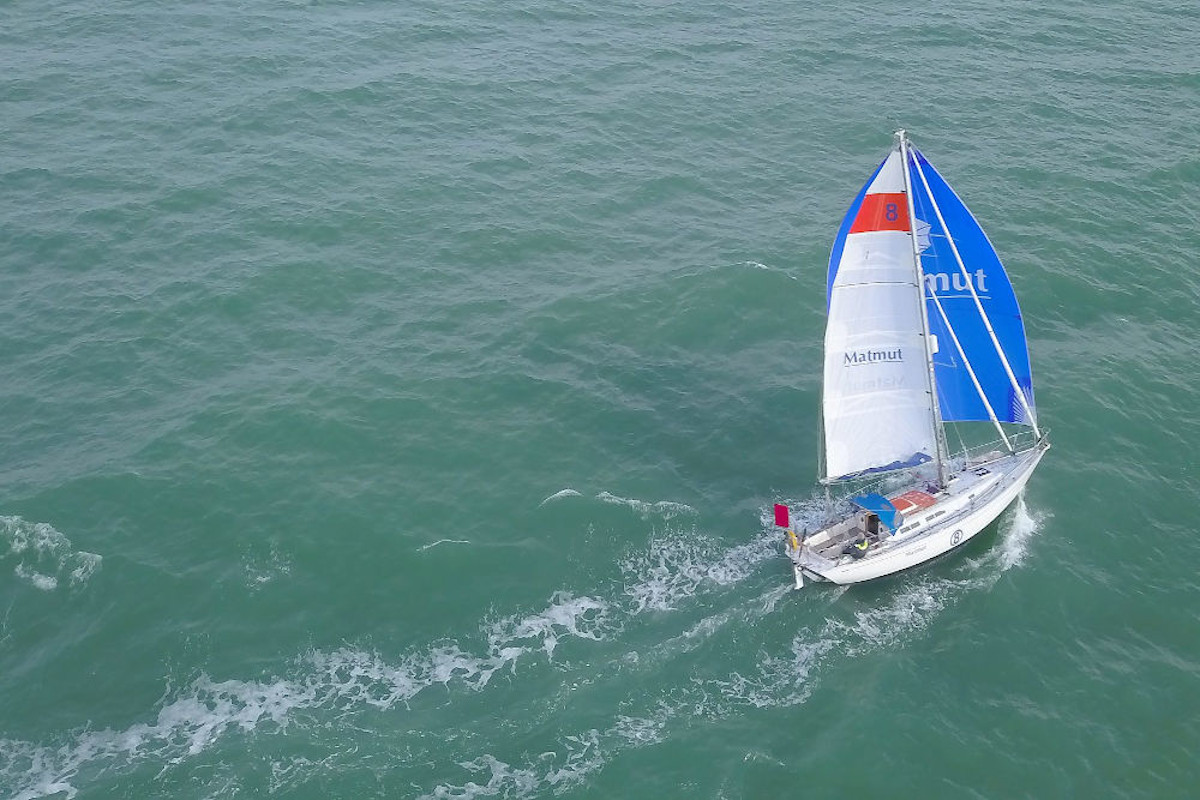 The Global Solo Challenge is a single-handed, non-stop, unassisted sailing event by the three Great Capes.

Racing Rules of Sailing, however, do not apply, nor any class rules such as Imoca, Class40 or similar. Technically speaking, the GSC is not a race but rather a challenge with a competitive element, not confined to existing offshore sailing event formats.

The organisers had the flexibility to explore new options to standard yacht racing formats. To create an equitable event with a reduced budget, the GSC has introduced a handicap start. A format not typically used in offshore events of this length.

Typically, in an offshore race, everyone starts at the same time. Then, there is a staggered finish, often with hours/days between the finishers. In races run under a handicap system, organisers calculate corrected times after everyone has finished and announce the results.

The GSC applies the handicap at the beginning of the event, with boats leaving in groups according to their performance characteristics. Once the yachts hit the water, they will become equal with no classes and the first to cross the line will win.

If calculations are correct, skippers sailing their boats to their potential will arrive more or less together. Each participant is in with an equal chance of crossing the line first, which should lead to an unpredictable and exciting finish for competitors and the public alike.

So, the questions are, how long will the circumnavigation take, and how have the start time been calculated?

With under 200 people to ever have sailed around the world solo and non-stop in a monohull, since Sir Robin Knox-Johnston’s feat in 1969, over 50 years ago, the historical data to compute this system is somewhat scant.

Each skipper taking part in the GSC has to provide information about their boat’s performance. For example, in the form of an International Rating Certificate (IRC) or Offshore Racing Congress (ORC) certificate, so that their expected (theoretical) circumnavigation time can be calculated from their handicap (TCC).

By initially looking at the time taken by several successful sailors, benchmark times were found for several boat types.

One benchmark time was that of solo record holder Guo Chuan (China) who, in 2013 completed a circumnavigation on a Class40 in approximately 137 days.

The second benchmark boat was the Rustler 36 skippered by Frenchman Jean-Luc Van Den Heede in the Golden Globe Race 2018, who took approximately 211 days to complete his circumnavigation.

A further benchmark considered was the 1996 time set by Pete Goss of 126 days on Aqua Quorum.

Chuan’s record, Van Den Heede’s and Pete Goss’s times, were analysed against comparable boats for which extensive race log data were available with accurate polars. Polars are graphs that help calculate a boat’s potential speed over different wind velocities at various angles to the wind).

Comparing these boats and given their handicap, a range of theoretical circumnavigation times can be implied. The slowest group was defined for yachts with an expected elapsed time of 195 days or over, increasing progressively to the times for 40ft racing boats (140 days approximately) and Open 50s (circa 120 days).

The range was divided into 0.04 increments in TCCs, giving rise to groups staggered over 11 weeks.

The first start set for 2 September 2023, will be for boats whose performance is comparable to a boat rating up to 0.93. There will then be weekly starts for the various groups. Eight weeks later (28 October) boats rating up to 1.25 will set off (Open40s/Class40s). Faster boats such as Open 50s will leave on November 18.

The notice of event set out the departure dates for the different groups. However, the skippers will not receive details of their final grouping until the actual list of likely starters is known.

This element of uncertainty is intentional: skippers have no incentive to optimise their boats to a particular IRC rating, which, like every rule, can lead to clever optimisations (which may or may not be fair).

In keeping with the spirit of the GSC, organisers wish that skippers focus on reliability, safety and other factors first.

Skippers should not focus on boat speed per se, as a goal of their refit. However, they are allowed to make modifications affecting performance which they have to disclose so that each boat starts in the most appropriate group.

The group for Open 50s was the last to be added following several enquiries. There are very few events left for former IMOCA 50s.

Many are still actively sailed or can be bought at a bargain price and refitted to the required standards: something in line with the spirit of the GSC and its environmentally conscious approach.

Not building a new boat but refitting an existing one is the most environmentally friendly choice you can make. Existing composite boats are impossible to recycle. The only way to dispose of them is by putting them in landfills.

We, therefore, decided to open up the race for such yachts and include a separate group for them.

IRC TCC estimates are not necessarily accurate for boats not built with the handicap system in mind. For example, many planing boats (especially those designed for solo offshore racing) carry many broad-beating, reaching and broad-reaching sails on furlers.

In IRC, all of these sails would qualify as headsails and have an extremely high TCC (handicap). The upper IRC rating for fast boats can be inaccurate. Organisers decided to allow yachts to carry furled headsails forward of the Solent/genoa (provided they are not set on a permanent stay) without needing to rate them, as furling sails are a crucial to safety for solo sailors.

The upper IRC TCC handicap for boats with performance comparable to a canting keel open 50 is 1.37, or 0.12 TCC higher than the group for Open40s and Class40s. The implied theoretical calculated time of 119 days is compatible with the circumnavigation time set by Pete Goss in 1996.

The performance group will start a whole 11 weeks after the slowest group.

To put these numbers in perspective, the slowest group will need to achieve an average speed of about 5.5 knots to win, Open 40s / Class40s around 7.5 knots and Open50s around nine knots.

For more information on the GSC, see: https://globalsolochallenge.com/