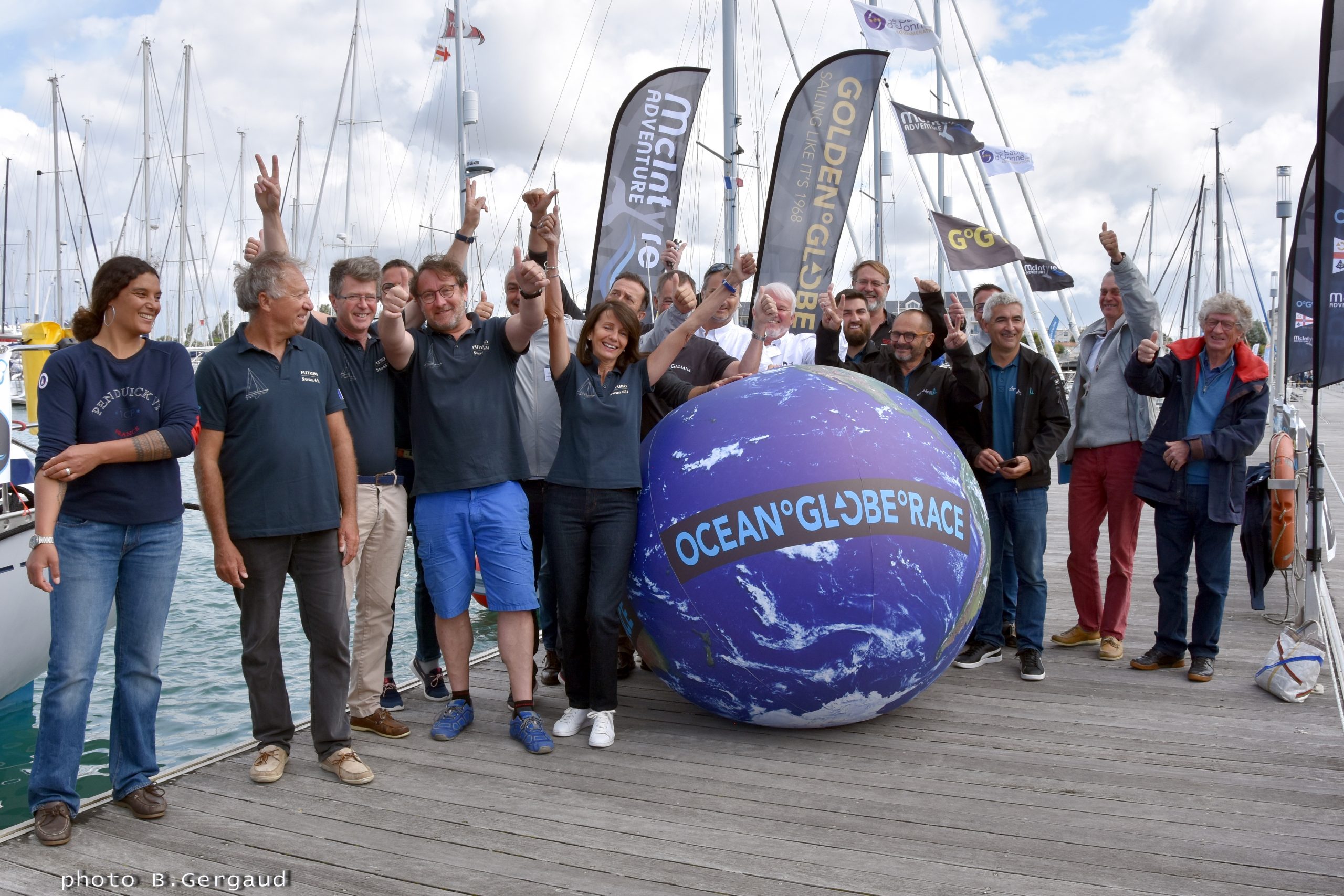 Bring on 0GR 2023! Race entrants got together at the OGR Conference in Les Sables d’Olonne on the 29th of June

On June 29, organisers, partners, media and entrants were delighted to finally meet in person on the occasion of the OGR Conference in Les Sables d’Olonne, home port of iconic ocean races, such as the Vendée Globe, Golden Globe Race and Mini Transat.

The Ocean Globe Race (OGR) is a fully crewed retro race in the spirit of the 1973 Whitbread Round the World Race to mark the 50th Anniversary of the original event. Starting in Europe in September 2023, the OGR is a 27,000-mile sprint around the Globe divided into four legs, taking in the Southern Ocean and the three great Capes. Stopovers will include South Africa, Australia or New Zealand, and South America, before finishing back in Europe in April 2024. The race will have eight entries in each of the four classes (Adventure, Sayula, Flyer, and CLASSIC) as well as two discretionary invitations for a total of 34 entries, making the OGR possibly the biggest fully-crewed round the world race of the last 29 years.

The rules? All of the yachts that enter must have been designed before 1988. And keeping in line with the good ol’ days – no computers, no satellites, no GPS systems and no high-tech materials will be permitted onboard the yachts. This is no high-tech Volvo Ocean Race.

France, home country of major sailing events, provides the biggest contingent for the inaugural edition of the OGR, just like it did 50 years ago with 30% of the fleet in the original Whitbread Round the World Race.

The race has also drawn attention of acclaimed sailors. Marie Tabarly who announced the entry of the legendary Pen Duick VI. And Vendée Globe legend Jean le Cam has provided his own Swan 59 to François Abiven‘s Mad Atao/Yes We Cam Team.

“Pen Duick VI will be 50 this year. I had a round the world programme with my Elemen’Terre project (a round the world adventure documentary, focussing on the importance of nature) which was cancelled by Covid, and was looking for something big to mark the boat’s anniversary,” said Marie Tabarly.

“Pen Duick cannot miss a big round the world race like the OGR. We have a team of 12, the boat is in good shape for her age, and after a rig refit we will be ready to go!”

More important than the yachts, the spirit of the Whitbread – owners taking their own yacht around the world with a crew of friends, family, and young aspiring sailors, far from the fully professional sport that it has become today, is very much alive in the OGR family.

“The back stories to our growing list of entrants are truly amazing and to welcome Marie Tabarly to the OGR and feel her passion and race winning attitude is really impressive”. said Don McIntyre OGR Founder and Race Chairman. “ The conference was an exciting day to finally pull the OGR from under the COVID cloud and put faces to the dream of so many and welcome Nick Bice to our growing Team!”

With 14 nations represented, the Adventure Class closed, Sayula Class virtually filled, and two entries left in the Flyer Class, the Ocean Globe Race is on track to be the largest round the World crewed event … since the 1973 Whitbread!

Find out more about the race here: https://oceangloberace.com/