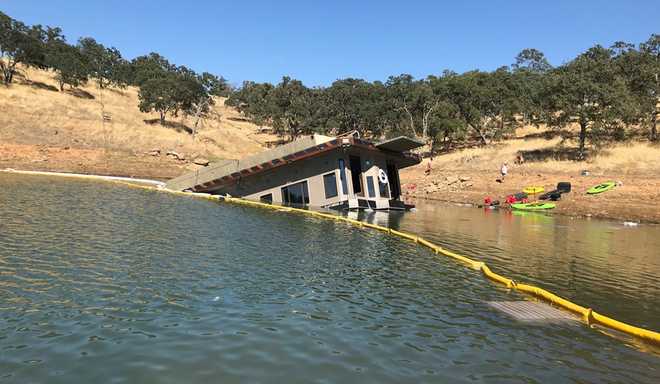 TUOLUMNE COUNTY, Calif. — A three-story houseboat sunk in a Tuolumne County lake during a poker event after the vessel became overloaded from too many people on one side, authorities said.

The houseboat, which was near the shore on Lake Don Pedro in the Mexican Gulch area, was being used Saturday as a check-in station for a poker run event, the Tuolumne County Sheriff's Office said.

At some point, too many people were on one side of the boat, causing it to tip over and take on water, the sheriff's office said. Photos shared by officials show more than half the houseboat submerged.

A pontoon boat tied to the side of the houseboat also capsized and sank.