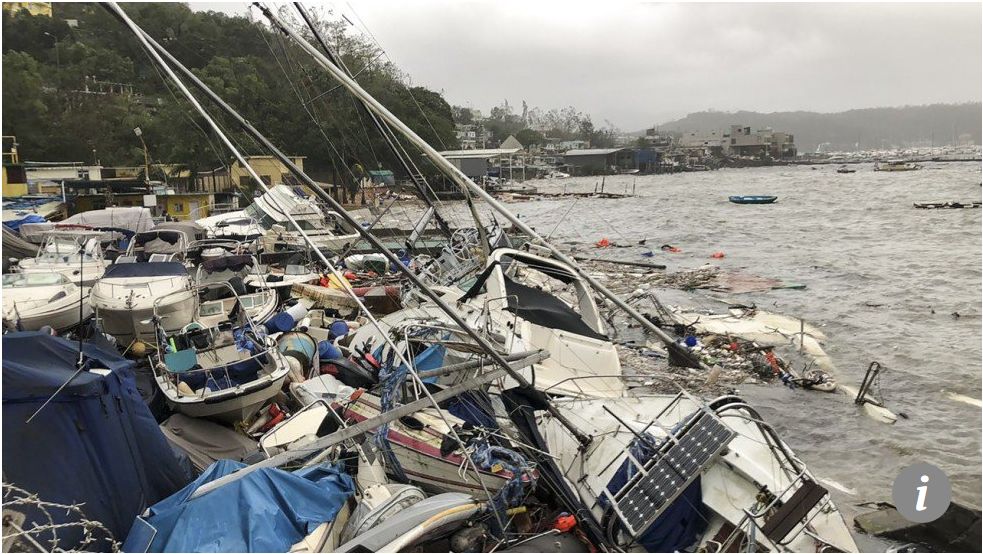 Boats were among the biggest casualties of Typhoon Mangkhut in Hong Kong, with hundreds washed ashore, damaged or sunk, while at a yacht club the devastation was such that staff had to swim to work.

Luxury vessels, dinghies and other boats of various sizes were battered in Sai Kung, while two yacht clubs on Middle Island – off Deep Water Bay on Hong Kong Island – faced destruction on a scale not seen before after the strongest typhoon in the city’s recorded history struck on Sunday.

While the damage was still being assessed on Tuesday, a yacht club manager said “long negotiations on insurance claims” would come next for boat owners.

“I have never seen such a powerful typhoon in my 25-year stint in Hong Kong,” Aberdeen Boat Club general manager Philippe de Manny said on Tuesday. “We are still counting inventory because many dinghies and kayaks were piled up or lost during powerful waves.”

Mangkhut mauled Hong Kong with 175km/h (109mph) winds and there was a record storm surge, with floodwaters reaching their highest levels since 1904, according to the city’s forecaster.

Read the full story and see more pictures of the devastation at the Post.