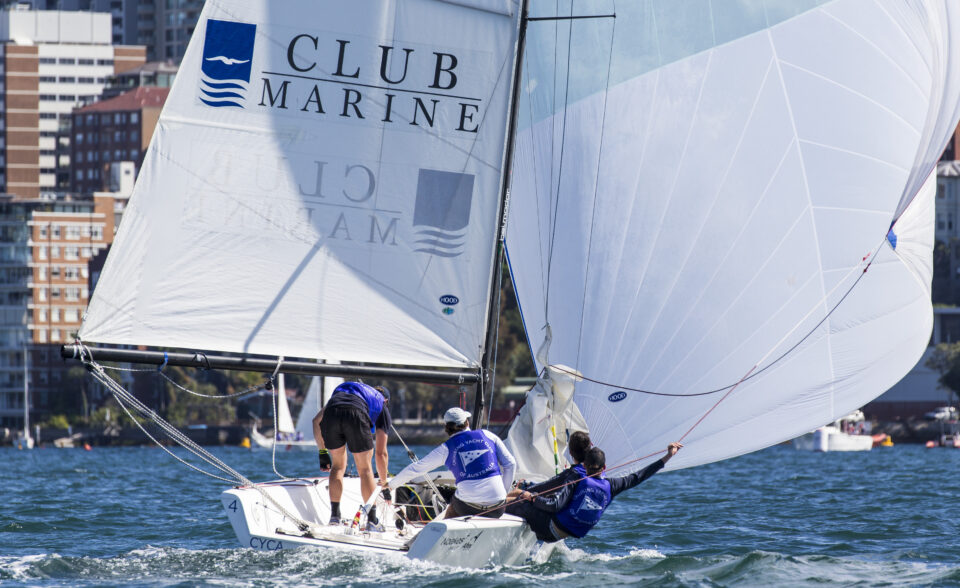 James Hodgson has seamlessly stepped back into the helming role, remaining undefeated on 7-0, on Day 1 of the Australian Youth Match Racing Championship after a five month break, where he crewed and became World Champion in youth match racing.

For Hodgson and his team of Harry Hall, Louis Schofield & Nick Rozenauers, it was their first big hit out as a team as they now campaign towards the Youth World Championship in February 2020 in New Zealand.

A new regatta schedule with a start time of 1200hrs seemed to fit perfectly for today’s spring Sydney conditions, with a beautiful north-easterly breeze filling in by the time the boats started racing, and gently built throughout the day. Using the asymmetrical spinnakers on-board the CYCA Youth Sailing Academy’s fleet of Elliott 7s, teams were ‘up and going’ downwind in the afternoon breeze which peaked at 17 knots.

Today's biggest upset came in Flight 3 when Alistair Read from the Royal Prince Alfred Yacht Club took a major scalp in defeating Finn Tapper. Read is only competing in his third match racing event compared to Tapper, who is in his third year of match racing.

Other close matches saw Finn Niemann from the Northern Territory take a win against Will Sargent, whilst Alistair Read took another match against another CYCA team, helmed by Hugo Stoner.

Close downwind legs, penalties and collisions at times made for some interesting racing, with a flurry of teams chasing the leaders into Day 2.

“It was a perfect day on the water for us. We are working towards our end goal of the Youth Worlds next year so to start our campaign off as we did today is great. We still have a long list of things we want to tick off by the end of the week, but we are happy with the results from today,” commented Hodgson after racing.

The race committee managed to complete nine of the 14 flights in the opening qualifying stage meaning they are already in front of schedule. Tomorrow’s forecast is looking much the same, with another sea breeze on its way.

Racing for the Australian Youth Match Racing Championship will resume at 1200hrs on Tuesday 2 October in the vicinity of Rushcutters Bay.

Race results will be posted live here throughout the week.